The 45-year-old journalist reportedly took to Instagram earlier this week and uploaded a photo from his dressing room with an excerpt that read: “End the relationship and cry once. It’s better than being with them and crying daily.” Holmes added his own commentary in the caption, writing, “Quote of the week.”

The Arkansas native has frequently posted the inspirational words he hangs on his dressing room door. Another recent message read, “Your friendship with yourself sets the tone for every other relationship you have.”

In January, Holmes reminded himself and his followers: “Change is never painful. It’s the resistance to change that’s painful.” 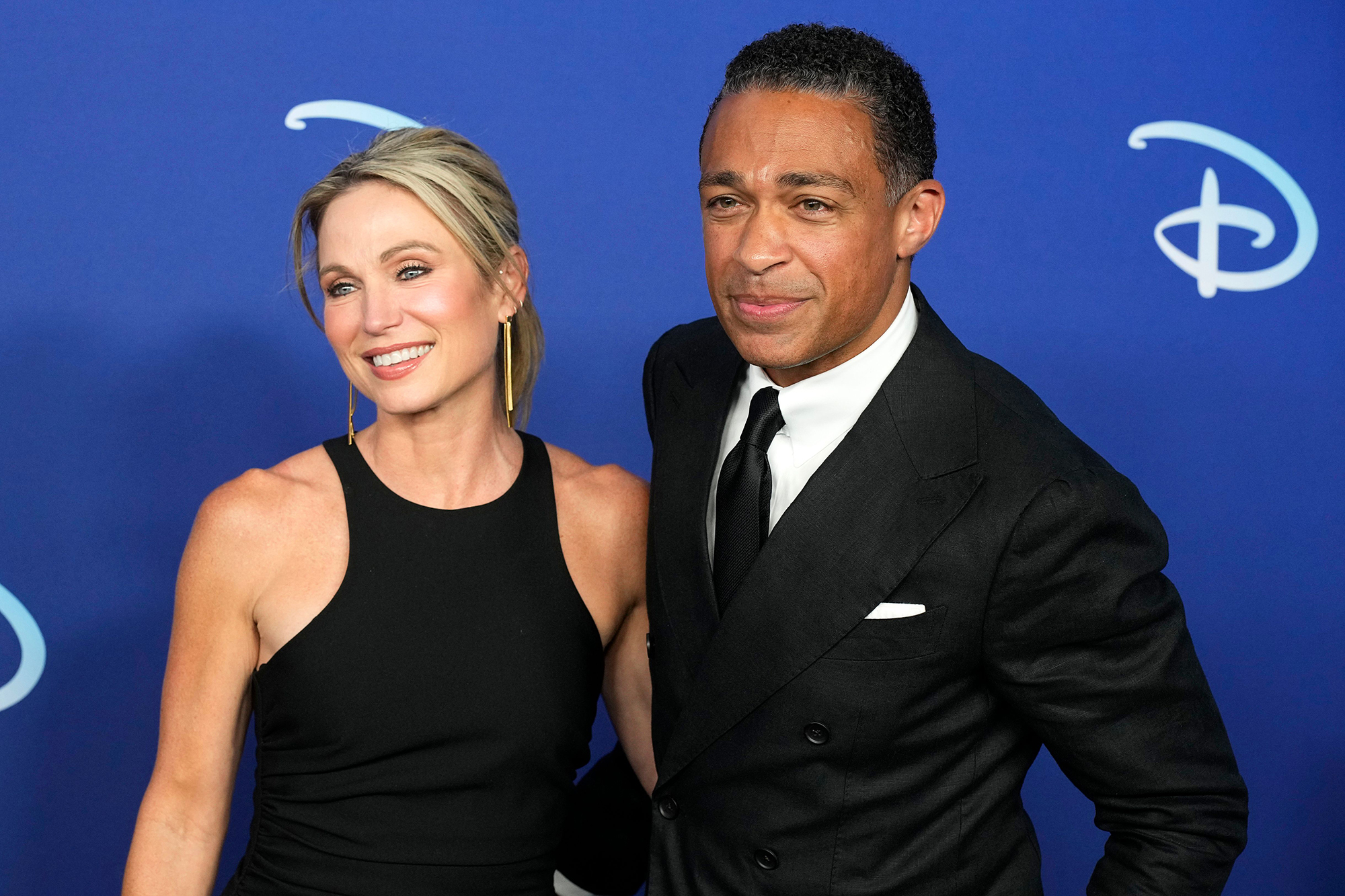 The former CNN anchor has since deleted his Instagram and Twitter accounts after he was photographed getting cozy with Robach, 49. The coworkers, who are both married to other people, were spotted out for drinks at a New York City bar in pictures published by the Daily Mail on Wednesday, November 30.

Celebrity Couples Who Stayed Together After Cheating Scandals

According to the outlet, the photos were taken across several outings in November. One snap shows Holmes touching Robach’s rear end as she packed a car outside of a cottage in upstate New York. 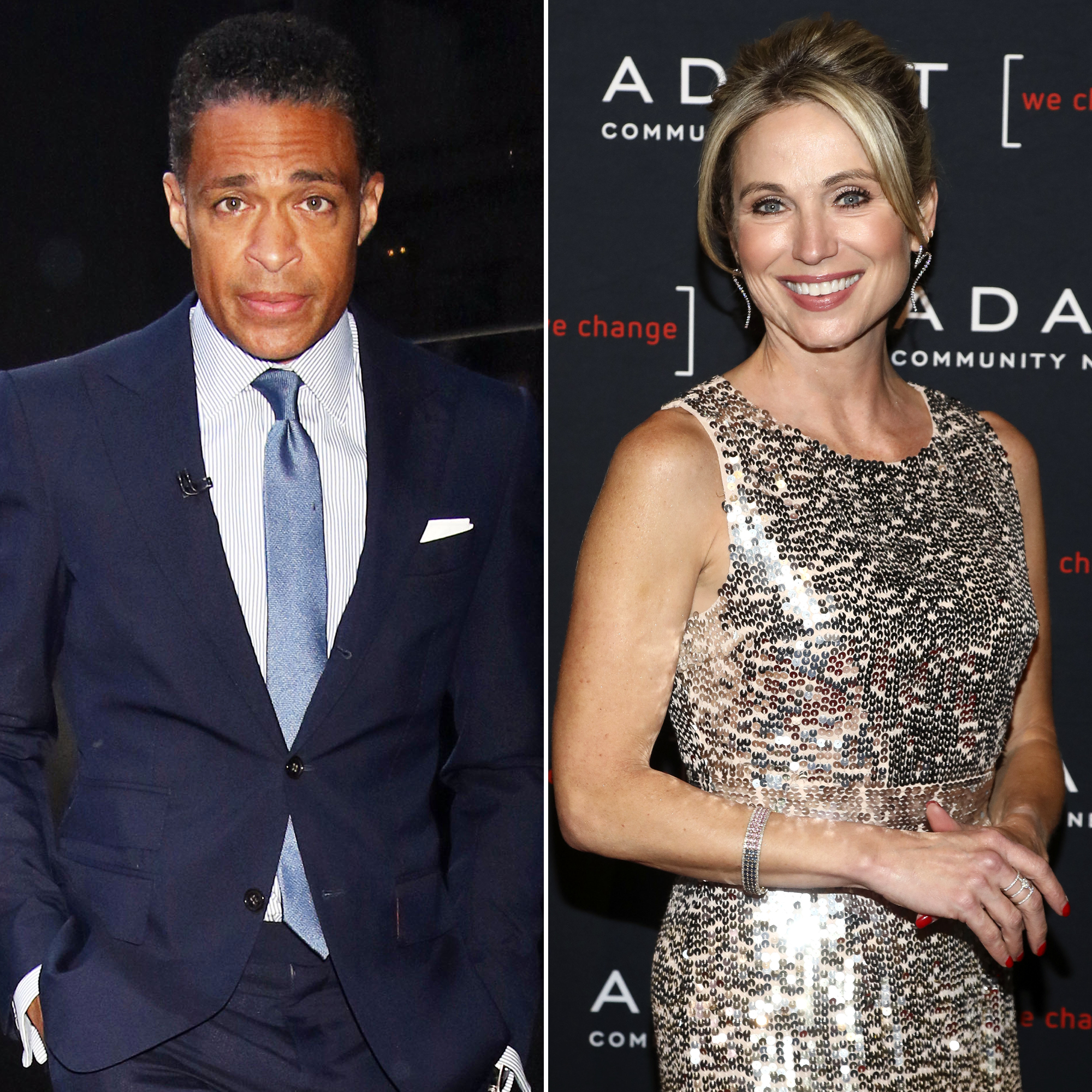 Us Weekly has reached out to both broadcasters’ reps for comment. The pair have not publicly weighed in on the status of their relationship, and Robach deleted her Instagram account on Wednesday after the photos of her with Holmes went viral.

The 20/20 coanchor was previously married to Tim McIntosh from 1996 to 2008, and the former couple share daughters Ava and Annie. In 2010, Robach exchanged vows with Andrew Shue. She is stepmom to the 55-year-old actor’s three children — Nate, Aidan and Wyatt — with ex Jennifer Hageney.

Holmes, meanwhile, shares daughter Brianna and son Jaiden with ex-wife Amy Ferson. After he tied the knot with Marilee Fiebig in 2010, the former BET personality revealed how his second marriage was different from his first. 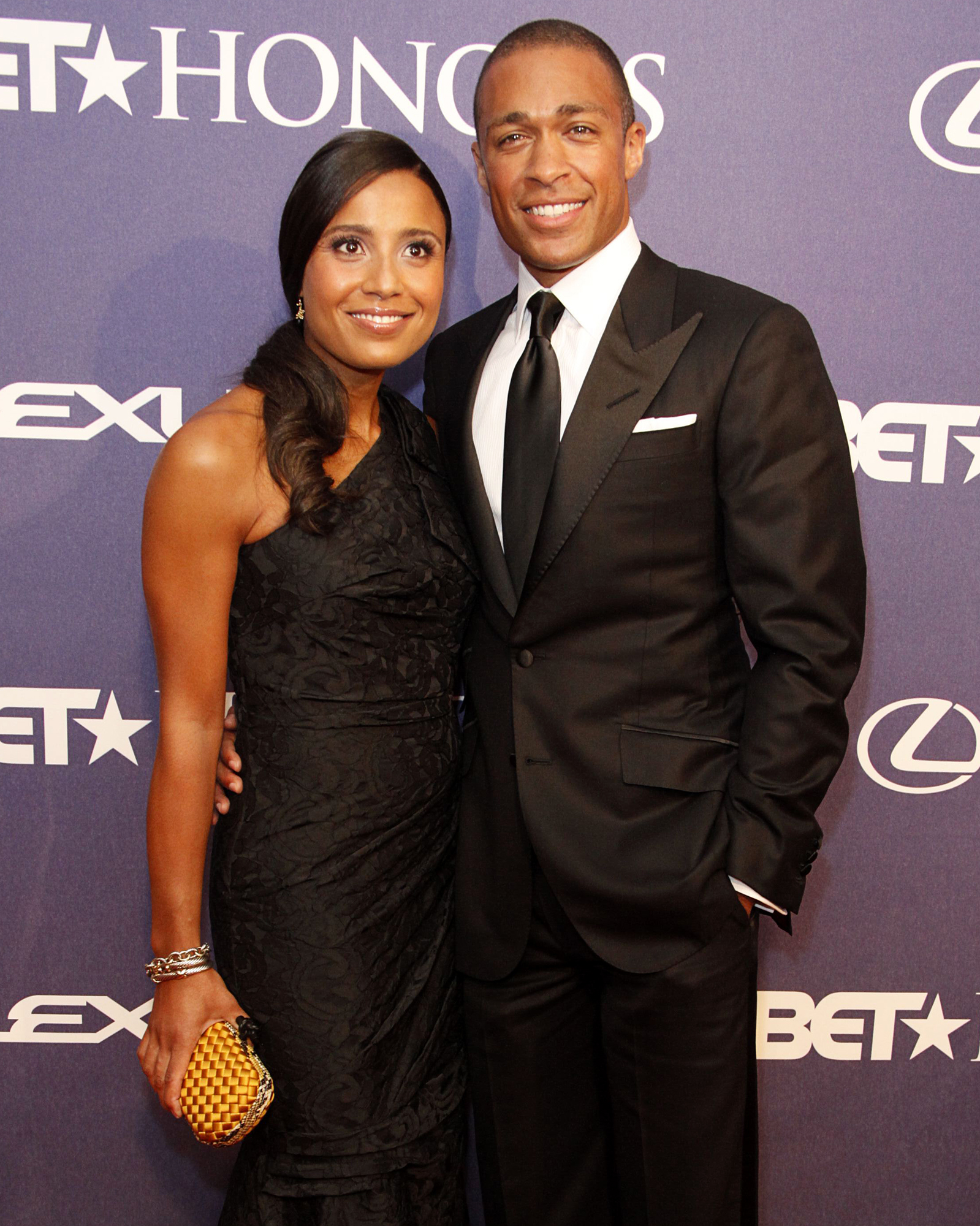 “My family and I are closer, my individual net worth has gone up every year since we met, I’ve learned a second language, I’m healthier, I use the N-word less, I listen to Sunday church service more, I’m a better friend, I’m more forgiving than I used to be, I’m more involved in charitable work,” Holmes wrote in a 2014 blog post. “In every way, I’m better off because I’m married. So, for me, a successful marriage has revolved around this principle: I like who I am with her.”

Before rumors swirled of their affair, the reporters frequently gave fans glimpses of their friendship via social media. Holmes and Robach trained together for the NYC half marathon earlier this year and attended the Daytime Emmys in June.

“We may not have brought home the Emmy, but as they say it was an honor to be nominated and a blast cheering on all the winners, especially our @robinrobertsgma @abcgma3 #daytimeemmys,” the Michigan native captioned a red carpet photo at the time.

The twosome were also on hand in the U.K. to cover Queen Elizabeth II’s Platinum Jubilee. “What an absolute joy and honor to witness the celebrations here in London for Queen Elizabeth II — you can see it in our faces — just incredible to cover the pomp and circumstance, precision, respect and love here all in honor of her majesty’s 70 years on the throne. Couldn’t have asked for a better partner through it all ❤️,” Robach wrote via Instagram.