Deezen, who played nerd Eugene Felsnic in the 1978 movie and its 1982 sequel, was arrested in Maryland on April 9 for burglary, two counts of trespassing and lastly disturbing the peace, his inmate record shows.

The 65-year-old remains behind bars and is being held on bond.

Police alleged to TMZ that Deezen had forced his way into a privately owned nursing facility and refused to leave after a woman told him to get out.

Deezen also allegedly tried to break into a patient’s room before being kicked out and arrested on the property.

The “Polar Express” voice actor allegedly showed up at the facility earlier in the day, which is why employees decided to call the cops when he returned at night. The victim told authorities that Deezen has shown up multiple times and leaves behind items with accompanying notes.

A resident who lives near the nursing facility also spotted Deezen on his doorbell camera, which caught him attempting to break in, so the neighbor called the police as well. 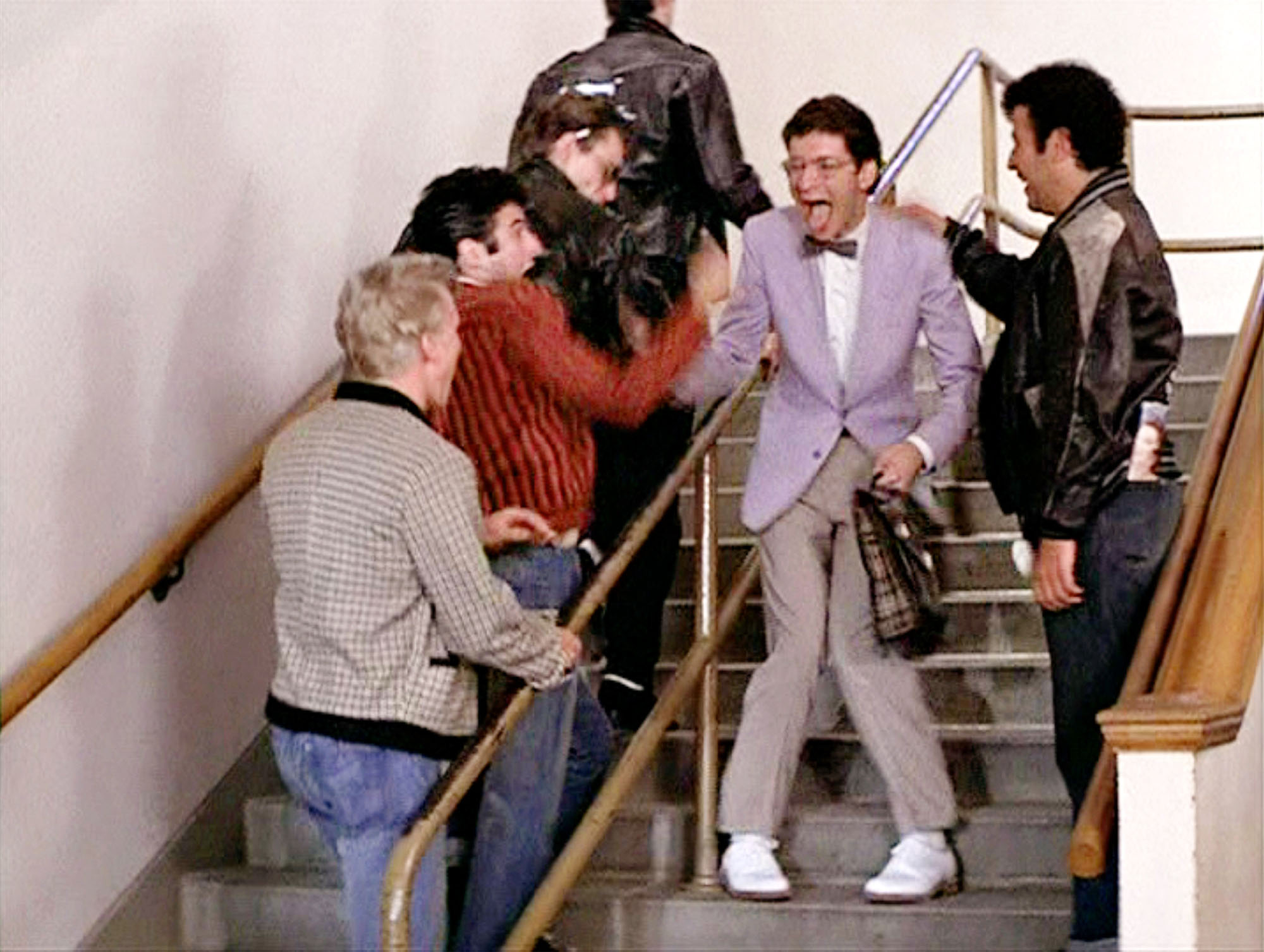 The “Midnight Madness” actor was previously arrested in September 2021 at a Maryland restaurant after allegedly going on a rampage in which he refused to leave and threw plates and food at cops.

Deezen was charged with second-degree assault, disorderly conduct and trespassing for that altercation.

Prior to that, the comedian was involved in another incident at a Maryland eatery, where he was accused of harassing a waitress and detailing his infatuation with her via Facebook.

“Eddie Deezen is a f—ing CREEP who comes into my work at least once a week, calls and asks other servers for my schedule, and if he comes in and I’m not wearing makeup HE LEAVES,” the waitress, Kara Lashbaugh, wrote on Twitter in June 2021 with screenshots of Deezen’s all-caps posts about her. “And this grown-ass old man has the balls to post this on Facebook about me I’m losing my mind.”