There had been so much round-the-clock coverage that Oscar-winning filmmakers Chai Vasarhelyi and Jimmy Chin thought they knew everything about the dramatic rescue of 12 young footballers and their coach from a flooded cave in Thailand just over three years ago. 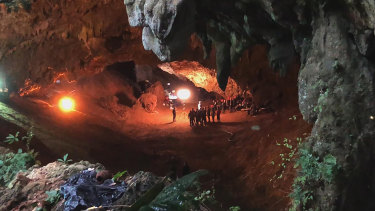 Mission near impossible: The Rescue.Credit:National Geographic

“Like the whole world, we were following it day by day – as outsiders, as parents of Asian children, the lows and the highs,” Vasarhelyi says. “But we didn’t understand the details.”

As the married American couple behind the climbing film Free Solo made their latest gripping documentary, The Rescue, they came to know the unlikely characters who risked their lives to save the young footballers.

They were a breed of often socially awkward cave divers – middle-aged men who looked like hobbyists compared to the fit young Thai Navy SEALs on site but were the only people in the world with the skills for a near-impossible rescue mission.

“This whole process has been about understanding what character prepares you to, without any hesitation, give of yourself to try to save 13 strangers,” Vasarhelyi says ahead of their documentary’s first Australian screenings at Sydney Film Festival.

When the Thai Navy SEALs struggled without cave diving experience, the rescue came down to those amateur enthusiasts from Britain, Australia and elsewhere who, she says, often “go underwater because they don’t have to speak to anybody”. 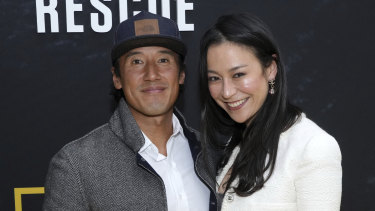 Directors Jimmy Chin and Chai Vasarhelyi at the New York premiere of The Rescue this month. Credit:AP

The boys entered the Tham Luang cave after football practice but were trapped by flooding from heavy rain in June 2018. In a global effort involving more than 1000 rescuers over 18 days, they were sedated and dived out individually.

“As we started to learn the smaller details, it just became more and more amazing what they had pulled off,” Chin says. “What we found so moving was their decision to do it even though they had everything to lose. That’s true courage.

“If it had gone wrong, that plan on paper is so outrageous it would have been held against them but they knew it was the only option.”

One of the featured cave divers is Australian anaesthetist Dr Richard Harris, who was named joint Australian of the Year with Craig Challen in 2019 for their heroism in the rescue. 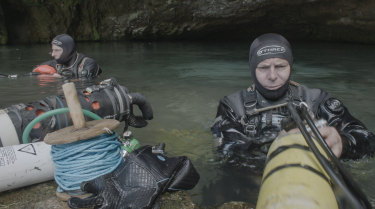 Amateurs who became the only hope for the trapped boys: cave divers Rick Stanton and John Volanthen in diving gear.Credit:National Geographic

Given the documentary was made during the pandemic, the filmmakers have never met Dr Harris, only interviewing him on Zoom.

The Rescue shows that, like the other cave divers, he questioned whether it was possible to save one boy let alone all of them. His best guess was to sedate them with mixture of Xanax, Ketamine and Atropine, with some divers having to hastily inject the boys again when they began to wake on the way to safety. 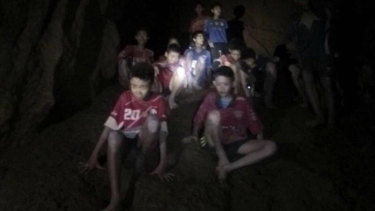 Vasarhelyi admires that Dr Harris proceeded with the risky plan despite being warned by a consular official that he could end up in a Thai jail – he was later granted diplomatic immunity from criminal prosecution – and the potential damage to his professional reputation if the boys died.

“He went ahead no matter what,” she says. “It was better to try and maybe kill 12 than walk away and kill 13.”

For Dr Harris, decades of pursuing an unfashionable sport paid off. 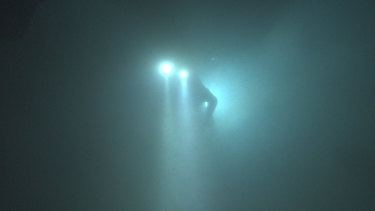 A diver swims through the darkness guided by a headlamp: The Rescue recounts the events of the dramatic rescue of the Wild Boars football team and their assistant coach from a Thai cave in 2018. Credit:National Geographic

Two dramas about the same story are on the way: Hollywood director Ron Howard shot the movie Thirteen Lives on the Gold Coast earlier this year and Netflix has been filming a limited series in Thailand.

Vasarhelyi and Chin were initially developing their own movie for Hollywood studio Universal until they were stymied by a complicated grab for the life rights of those involved in the rescue. When National Geographic acquired the non-fiction rights for the cave divers – but not the boys – they switched to a documentary.

“This is a real case where the truth is more compelling than fiction,” Vasarhelyi says. “It was a very easy decision to throw ourselves into the documentary.

The Rescue was due to be finished on June 1 but two weeks later, after two years of negotiation, they were finally delivered 87 hours footage shot by the Thai Navy SEALs during the rescue. That meant an intense re-edit to meet their deadlines. 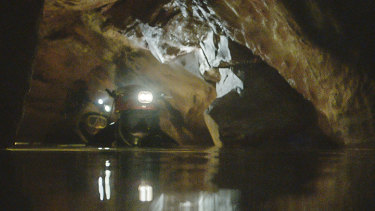 A precarious operation in a flooded Thai cave: The Rescue. Credit:National Geographic

Vasarhelyi learnt more about the rescue when she walked through the dry cave in May.

“I immediately understood why the children were there – ‘the monsoon is coming so let’s go for another adventure’,” she says. “The cave draws you in. The darkness is enveloping, the silence is disarming. It’s cool. And it’s fun.

“Understanding the sheer scale of the cave, this really was the impossible rescue. You understand why thousands of people had to support these 10 divers and why the world had to come together to achieve this rescue.”

The documentary recounts how the team’s assistant coach, Ekapol Chantawong, had the boys meditating to stay calm and conserve energy in the cave.

While it is not included because of the rights issue, Vasarhelyi met the boys and heard about a touching activity that also helped them survive.

“The most important thing [they said] was we role-played each other’s parents,” she says. “As a parent, I started crying at the idea that you’re pretending to be someone else’s mum and dad and that they love you … They really credit that as helping them get through it.”

The Rescue is screening at Sydney Film Festival, which runs from November 3-14, then opens in cinemas on November 18.