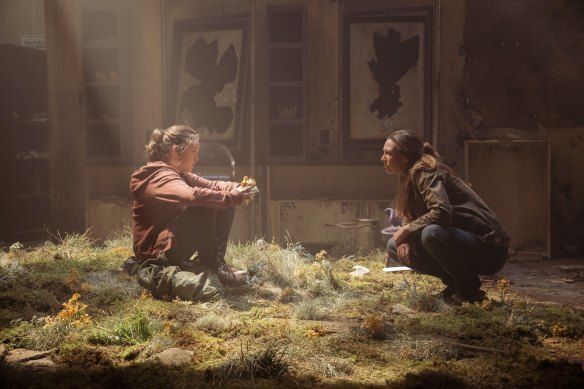 Bella Ramsey and Anna Torv (right) in The Last of Us.

Don’t damn The Last of Us with faint praise. Yes, HBO’s adaptation of Naughty Dog’s acclaimed 2013 PlayStation action-adventure is the best video game adaptation yet made for the screen. But that’s not a high bar and this show, with its wrenching humanity and harsh burdens, unfolds on a deeper and often darker level. What starts with level and gameplay soon embraces empathy and torment. The scale is vast, but the truths are often intimate.

Working with the game’s co-writer and co-director, Neil Druckmann, Chernobyl creator Craig Mazin delivers necessary scenes from both the game and the post-apocalyptic genre, but they are more sharply sketched and insightful than you expect. The opening end-of-the-world sequence, set in 2003 when a mutated fungal infection starts turning people into ravenous ‘Infected’, is told from the perspective of Sarah Miller (Nico Parker), a confused and overwhelmed teenage girl. Society vividly collapses before her eyes.

Two decades later and her father, Joel (Pedro Pascal), is a smuggler living under brutal military law in Boston’s “quarantine zone”, who is hired to transport Ellie (Bella Ramsey), a 14-year-old girl seemingly immune to infection to rebels researching a cure. He’s embittered and she’s defiant, but the narrative takes care in connecting them. It’s a slow process, laced with risk, that never sidesteps their humanity. Ellie is curious about the world outside, which is both understandable and a source of excruciating tension when she explores ruins.

The Infected are zombie variants, scrabbling and lunging at speed to bite and spread their fungal overlord, and the world-building is illustrative of their existence – plus game skills such as stealthy evasion – and the destruction they’ve wrought. Think The Road as opposed to The Walking Dead, with bleak repercussions but bold storytelling. A few lines of dialogue in the game becomes a moving episode exploring the union of paranoid survivalist Bill (Nick Offerman) and survivor Frank (Murray Bartlett).

Every step of the story, which makes telling use of flashbacks, subtly asks you to consider what love is to you and what it costs as society’s safeties fade – Melanie Lynskey is unexpected casting but compelling as a vengeful leader who can’t forgive her former enemies. Above all, Pascal and Ramsey – best known for The Mandalorian and Game of Thrones respectively – give full-bodied performances that are as emotionally mapped out as the physical journey their characters endure. Right to its bittersweet coda, The Last of Us leaves the undead in the background to test what it is to be alive. 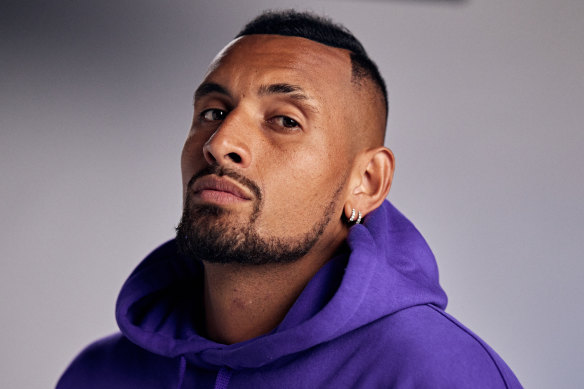 Nick Kyrgios is one of the tennis players who participated in the behind-the-scene documentary Break Point.Credit:Netflix

Duplicating the format of Netflix’s hit Formula One documentary series Drive to Survive with a professional tennis variant was a tempting but ultimately flawed initiative. Break Point spends a year on the tennis circuit, starting at January 2022’s Australian Open, but it lacks a cohesive narrative as the featured players are focused on individual tournaments, not a single title. The instalments are self-contained: little spills over, not enough builds.

The assumption is you know little about tennis – “six games wins a set,” the first episode explains – and there’s little discussion of playing styles or tactics. The focus is the player’s personality and their brief self-analysis. “I lose my shit because of little things,” notes Nick Kyrgios in his episode, and the conversations are rote. Drive to Survive boasts the principals of each team, the charismatic equal of the drivers, but here there are mostly girlfriends and coaches offering reassurance.

Past greats such as Maria Sharapova contribute, while the slow-motion match footage and cinematic crowd shots create a sense of place, but these first five episodes (the final five are released in June) only feel intermittently engaging and rarely revelatory. Several of the players are intriguing personalities, such as the Tunisian Ons Jabeur, but once their big match is done they disappear into the stadium corridors. 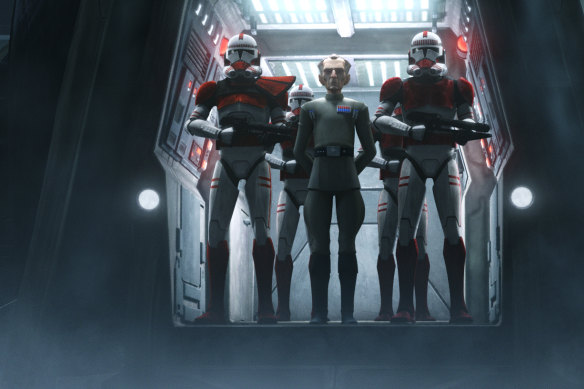 The Bad Batch is an animated offshoot of long-running series The Clone Wars.Credit:Disney+

Created by Dave Filoni (Star Wars Rebels, The Mandalorian), the most prolific voice inside the television strand of Lucasfilm, this animated offshoot of long-running series The Clone Wars has a sturdy, practical bent as it follows a group of disavowed Clone troopers trying to shelter a clone child and stay one step ahead of the Empire. It’s a little Dirty Dozen, a little John Cassavetes’ Gloria. Andor’s sustained brilliance has rewritten expectations for a live action Star Wars series, but on the animation front it’s still very much variations on a theme. 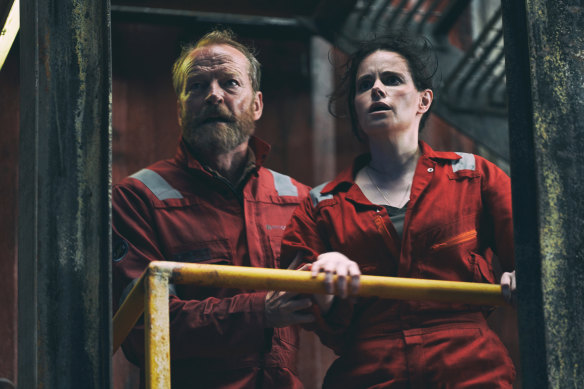 Iain Glen and Emily Hampshire in The Rig.Credit:Amazon

John Carpenter’s The Fog by way of 21st century labour and environmental inequality, this supernatural thriller about the trapped crew of a North Sea oil rig never quite escapes a boilerplate set-up and its familiar genre tropes. It does benefit from an accomplished cast, headlined by Iain Glen and Martin Compston, who provide a sense of authenticity and breaking point duress to the workers’ increasingly fearful struggle with inexplicable forces, but the six-episode limited series can never truly distinguish itself from a crowded field. 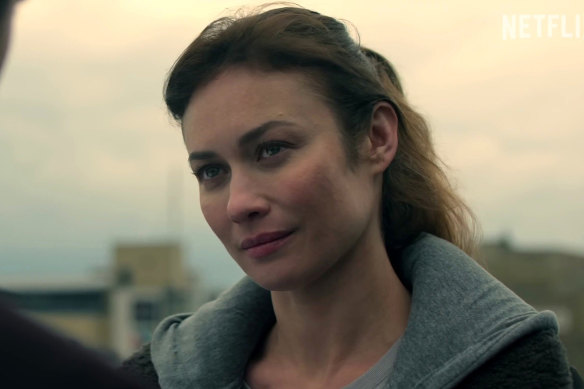 Briskly outlandish as opposed to broodingly tense, this British espionage thriller barrels along through five comparatively succinct episodes – it’s aiming to end before you get either bored or start tugging on the story’s numerous loose stitches. It doesn’t quite make it, but Charlie Cox (Daredevil) is an offbeat and welcome choice as Adam Lawrence, a senior MI6 officer who takes command after his boss is poisoned, even though the suspect is his former lover, Russian spy Kara (Olga Kurylenko). It’s not a patch on Apple TV+’s Slow Horses. 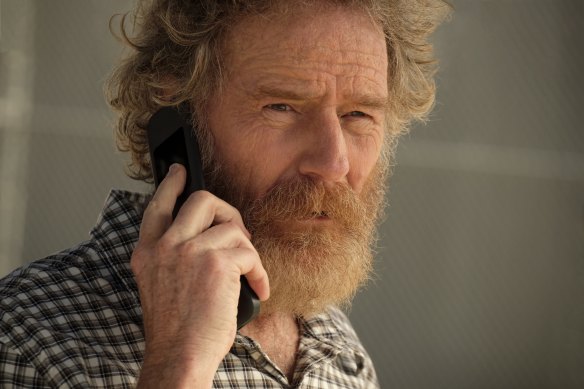 Bryan Cranston plays a judge whose life is upended after his son accidentally kills a mobster’s child in Your Honor.Credit:Andrew Cooper/Showtime

This grim New Orleans crime drama took some mighty swings in its first season, whether it was casting Bryan Cranston in his first headline television role since Breaking Bad or trying to create a panoramic portrait of crime and punishment in a city controlled by factions and divided by race. The first season tied up the story of a judge (Cranston) and a crime boss (Michael Stuhlbarg) intertwined by the actions of their sons in emotional terms, but it’s the new episodes that do the more difficult narrative work. The show is straining, but it has entertaining diversions – Hope Davis’s gangster matriarch is wildly unhinged.