The high number of postal votes registered for the federal election may lessen Australians’ chances of learning who has won government on the night.

About 2 million of the nation’s 17.2 million enrolled voters have applied to the Australian Electoral Commission to cast their ballot by mail, compared with 1.5 million in the 2019 campaign. 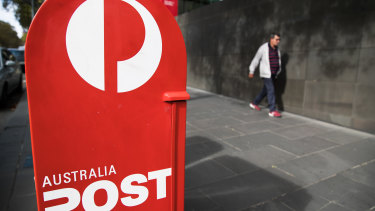 About 2 million Australians have registered to vote by post so far.Credit:Jason South

With postal votes flowing in up to 13 days after election day, a significant chunk of votes will not be counted on May 21. And while the electoral commission provides an indicative result to parties and analysts on the night, an actual result is not declared until all ballots have been counted.

Commission spokesman Evan Ekin-Smyth said if the result was close, there would be less chance of counters being able to form an indicative view on election night.

“Clearly if they have less votes [to count] in a contest it’s harder to do if the result’s close,” Ekin-Smyth said.

“It all depends on how close it is, both within that particular division and how close it is with the House of Representatives. You could have one seat being a close contest and not others. If the contest in the House was super close and it came down to that one seat, then yeah that’s an issue.”

The prospect of a hung parliament is increasingly being discussed in political circles, with polling done for The Sydney Morning Herald and The Age last week showing the primary vote for both the Coalition and Labor at 34 per cent.

The findings of the Resolve Political Monitor, published on Friday, suggest Prime Minister Scott Morrison is close to losing power but Labor leader Anthony Albanese has not built enough support to be sure of victory in a seat-by-seat contest.

John Warhurst, emeritus professor at the Australian National University’s school of politics, said the rise of the so-called teal independents, facing off against Liberals in a swathe of metropolitan seats, “certainly add to the seats that could be very close”.

“The combination of a very large number of postal votes, plus more seats being in contention, means if we’re looking at the possibility of a hung parliament, that it’s certainly the case that we may not know for several weeks,” Warhurst said. 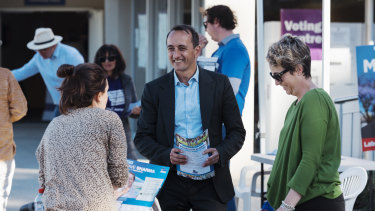 Dave Sharma and his wife Rachel at an early voting booth in Wentworth on Tuesday.Credit:James Brickwood

He stressed he believed a more likely result would be a Labor majority, based on certain published polls.

“If it’s genuinely 50:50 and we’re waiting on postals for Wentworth, North Sydney and Kooyong, then, yes, we’ll be sitting there for two weeks, wondering what’s going to happen.”

Early voting opened on Monday, with the commission manning about 550 centres across the country where Australians can pre-poll in the fortnight before election day. 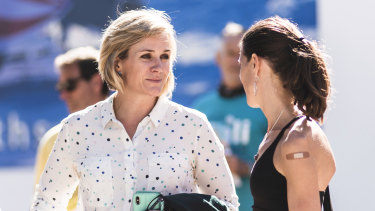 Candidates were handing out how-to-vote material in their electorates, with Dave Sharma, the incumbent Liberal in Wentworth, Warringah independent Zali Steggall and Labor deputy leader Richard Marles among political figures greeting voters on their way to the booths.

Speaking to ABC radio on Monday, Australian Electoral Commissioner Tom Rogers said he believed there would be an increase in voters pre-polling from 2019, when 4.7 million people cast their ballot before election day.

“I’d probably remind people that it really is supposed to be an in-person community event where people vote on the day,” Rogers said.