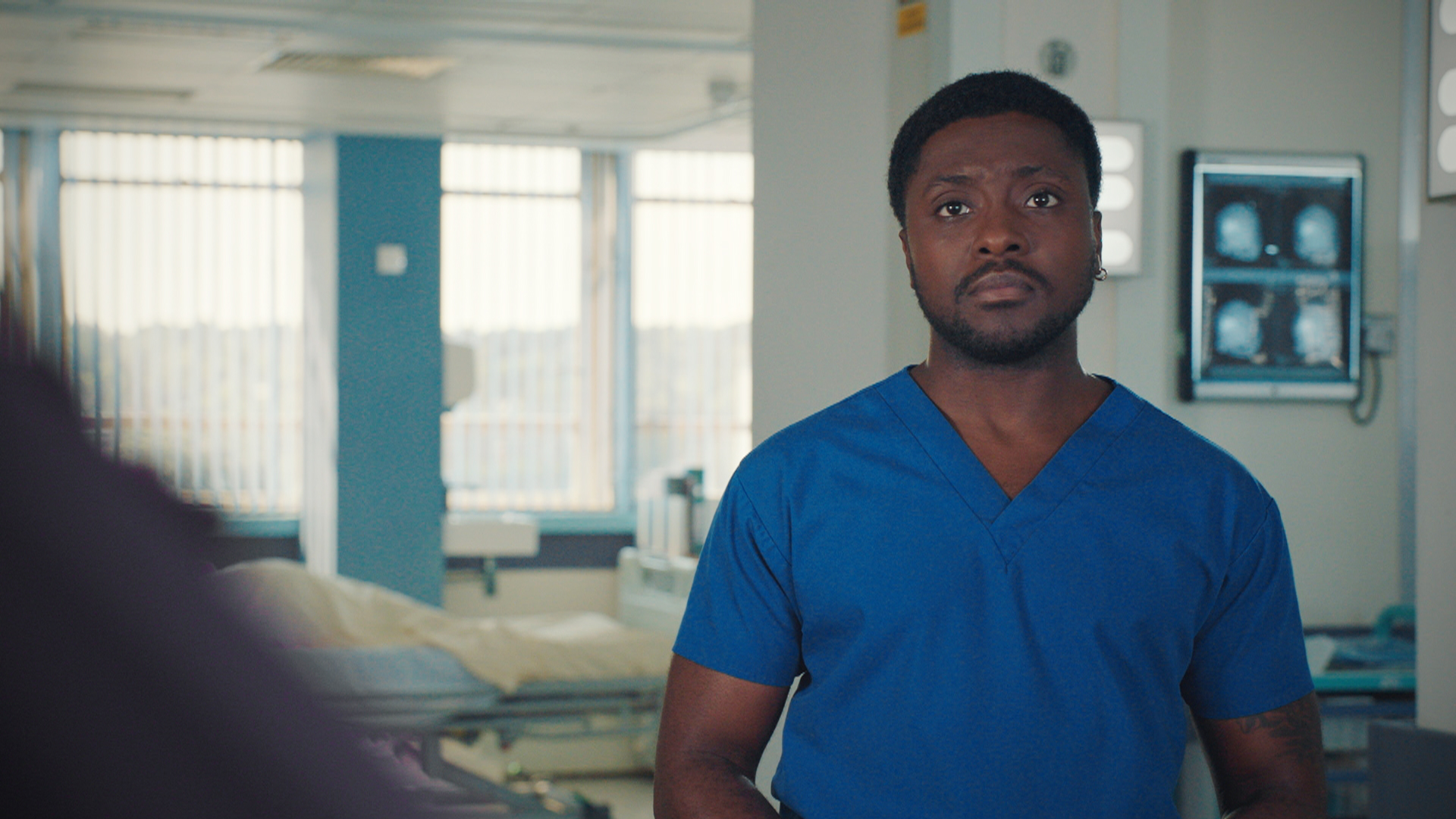 Max (Jo Martin) fears the worst in tonight’s Holby City when Lucky Simpson (Vineeta Rishi) is rushed back to hospital. Has she tried to harm herself again? As Sacha (Bob Barrett) works to treat Lucky, Louis (Tyler Luke Cunningham) discovers the truth about her previous suicide attempt and decides to take some action.

Can he get through to Lucky where others have failed?

For Jac Naylor (Rosie Marcel), meanwhile, it’s the day of the proton beam therapy treatment on her brain tumour. She hopes the treatment will save her life – but she’s absolutely terrified of going through with it. As she panics, she gets a timely bit of support from a good friend – but will she go through with the treatment?

Ange (Dawn Steele) is not thrilled to discover that Russ Faber (Simon Slater) has been installed as co-clinical lead on AAU, finding him overbearing and patronising. But as the day goes on, will she have reason to revise her opinion?

Also on AAU is Oliver Valentine (James Anderson), who is puzzled when he notices several patients all displaying similar symptoms. Can he get to the bottom of what’s happening?

Fletch (Alex Walkinshaw) is shocked when his daughter Evie (Phoebe French) turns up at the hospital with injuries to her face. Still haunted by the abusive situation that Jeni Sinclaire got Evie involved in, Fletch finds it hard to relate to his daughter the way he always used to – and Evie says she just wants her dad back. Can they get their relationship back on track?

And with Eli (Davood Ghadami) distracted by his wife’s health, Josh (Trieve Blackwood-Cambridge) feels his bulimia slipping out of control with no one to support him.

He’s still adamant that he can’t tell Ange – but Eli tries to convince him it’s an essential step to getting through it. Will Josh be able to admit the truth to Ange, and if he does how will she react?

Sue Haasler is the author of five novels and the official BBC Holby City book, which you can read about here.