Two men are recovering after they were shot with arrows at a homeless camp outside of San Francisco on Friday night, authorities said.

Both men underwent surgery at a nearby hospital after being struck in their abdomens just before midnight along the San Francisco Bay Trail. One of the two men was also struck in his leg, police with the East Bay Regional Park District said.

A woman who was also targeted in the arrow attack was able to escape without injuries.

The suspect, who is now wanted for attempted double homicide, is known to the victims but has not been identified as of Sunday morning, police said. 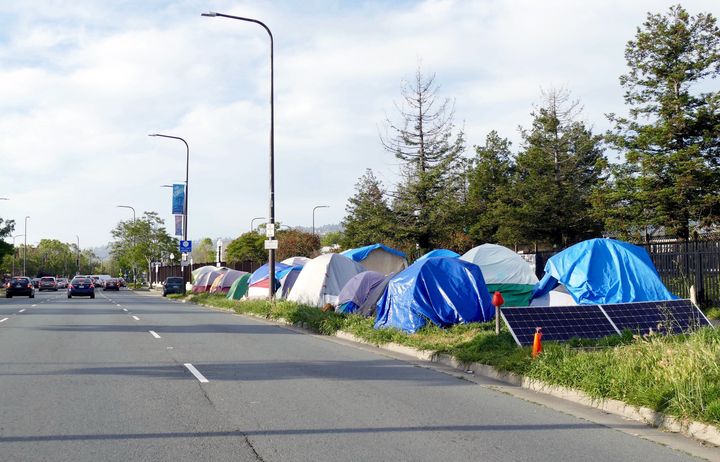 He is described as a black male in his early- to mid-20s. He was last seen wearing a gray or blue heavy jacket with white fleece, carrying an old blue backpack, and riding a purple “Cannondale” bicycle. He’s approximately 5 feet, 9 inches tall and 130 pounds with an athletic build and short “clean cut” curly black hair.

San Francisco’s homeless population has been a point of contention and concern for some time. The ongoing opioid epidemic, and a lack of affordable housing and mental health services are just some factors that have been blamed for the city’s annual homeless population growth.

The city’s mayor, London Breed, has said she plans to add hundreds of additional shelter beds and permanent supportive housing units this year. She has also voiced support for rezoning areas to allow them to be high-density and more affordable.

Without enough affordable homes, rent prices have skyrocketed throughout the city. According to a ﻿report released in May, San Francisco has more billionaires per capita than anywhere else in the world.