“It was just crazy and it just shouldn’t have ever gotten to that point.”

Kendall and Kylie Jenner finally reconnected after not speaking for “about a month” during the fallout from their vicious fight in Palms Springs.

In the latest episode of “Keeping Up With The Kardashians,” the sisters resolved to put the matter behind them after the Kardashian clan pressured them to make amends.

ICYMI: the two Jenners got into it after a night out in Palm Springs, after Kylie refused to drop Kendall off at her own home in Los Angeles on their drive back. Corey Gamble was riding with them, with Kendall claiming he shouted “F–k you” at her, before she and Kylie got physical. Kendall admitted to hitting her sister in the face, before claiming Kylie “took her heel and put it into my neck.”

“It’s been a really long time and I haven’t heard from her,” Kendall said in a confessional. “It’s really weird, we’ve never gone this long without speaking.”

The fallout from the fight even extended to her sisters, who felt Kylie’s wrath when they tried to intervene.

“I sent her a text and I did say, ‘So how long are you not gonna speak to Kendall for?’ and she kind of snapped at me,'” revealed Khloe. Echoed Kim, “Me too! I said it on the phone and she just yelled at me.”

When Khloe relayed Kylie said Kendall should be the one to apologize because “you slapped her first,” Kendall could only laugh. “Oh my god,” said Kendall, “She has some serious issues.”

“First of all, I didn’t hit her first,” she added. “It wouldn’t matter because that’s not the point.”

Later, Khloe revealed to Kris Jenner that her younger sisters had interacted on social media but had yet to confront each other regarding the altercation. “Kendall said that was the first time they spoke, was from Instagram comments,” the “Good American” designer told Kris.

The momager responded, “I get upset any time my kids are fighting, so the fact that Kendall and Kylie are still not speaking to each other and it’s been a month now, and they’re posting about it on Instagram — it’s very, very upsetting.” 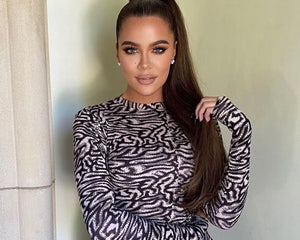 Taking Khloe’s suggestion to step in, Kris called up Kylie and asked her youngest child to reach out to Kendall, as the coronavirus quarantine was now a major concern.

“You should check in on her, she’s the only one who doesn’t have kids and I feel like she’s alone a lot. I just worry about her,” Kris explained, but the request fell on deaf ears.

After all the back and forth, Kendall was the one to take the first step.

“Before Kylie and I got in a fight, she showed me this really good book and there was a whole paragraph on pride and how pride is just an extension of fear,” Kendall began. “And it just reminded me so much of my argument with my sister, because we both are alpha and tough girls.” 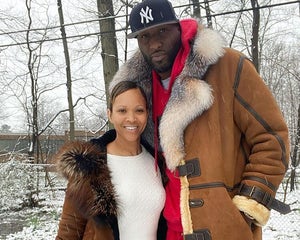 Lamar Odom and Sabrina Parr Break Up, End Engagement After One Year

“I just wanted to say that I think that the other night just got completely out of control,” Kylie started. “I feel like I was just confused on my part because we never spoke about me taking you home until it was the very last minute, so I think it was just miscommunication.”

“Obviously, I would never do anything to hurt you and it was just crazy and it just shouldn’t have ever gotten to that point,” she added.

“Yeah, I mean, I agree,” Kendall replied. “For me, I was just kind of more in shock that all of that even just happened.”

Kylie added, “I love you, I’m sorry, let’s just move on from this.”

“I am very happy that Kendall and I could put this silly fight behind us,” she continued in a confessional. “It got way out of hand and I love my sister. There’s no need to ever not talk for that long.”

Kendall agreed with the sentiment, calling Kylie her “partner in crime.”

“Sisters are sisters,” Kendall explained. “We can fight all we want and say crazy things to each other but at the end of the day, we’re family and we love each other so much.”

In the same episode, Kim revealed she was excited her husband Kayne West had finally tested negative for the coronavirus so he could help take care of their children, who were causing Kim some stress.

“My kids will not leave me alone,” Kim said to the camera, as daughter North hilariously responded from another room, “Hey, that’s mean.”

As for Khloe, she decided to stave off boredom by creating an imaginary friend called “Quarantina.”

“I’m just getting lonely and bored and I need someone to keep me company,” she explained.

She then introduced Quarantina to her ex Tristan Thompson, who famously cheated on Khloe, by saying, “This is Tina. I know how you like other woman.”

“Keeping Up With the Kardashians” airs on E! Thursdays at 8 p.m. ET.