How to make your bathtub sparkling clean: Mum shares her simple five step method without using any nasty chemicals 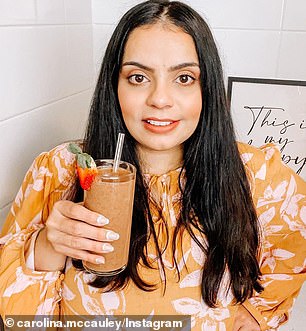 A house-proud mum has revealed how to deep clean your bath tub using five simple steps.

The mum-of-two’s instructional video on bath cleaning quickly went viral and has been viewed more than 265,000 times.

In the video she starts by cleaning the taps.

‘Soak your microfibre towels in vinegar, place over the faucets,’ she instructed. 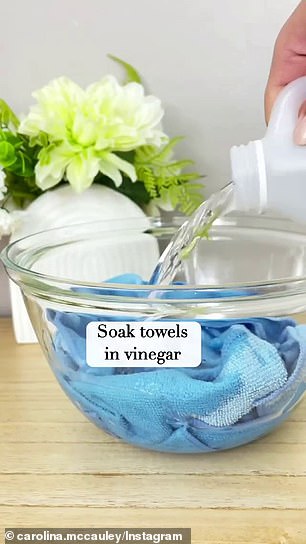 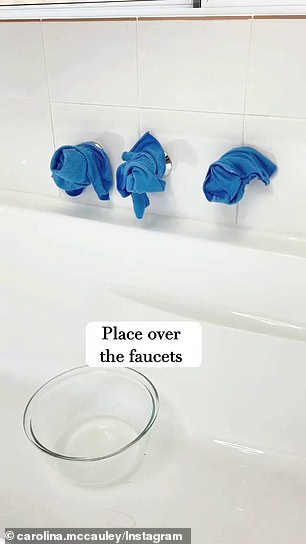 The mum starts her video by soaking towels in vinegar, she then wraps on the faucets

She then concentrated on the drain using vinegar, hot water and baking soda to clear it out.

Once happy with the way her bath drained she covered the surface of the tub with more baking soda before squeezing a generous amount of dishwashing liquid on top.

The video then shows the mum scrubbing the bath with a soft sponge before ‘rinsing well’.

And people were eager to try.

‘Thanks for the amazing tips,’ one woman said – echoing the sentiment of dozens.

‘Sis, I am going to try this and let you know what I think,’ one woman wrote on the post. 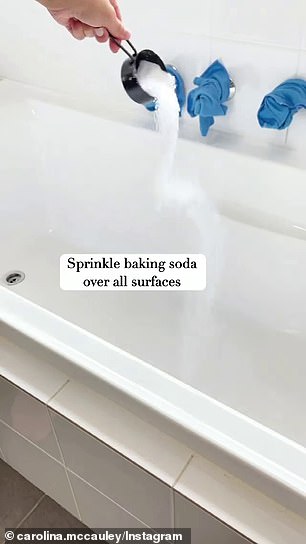 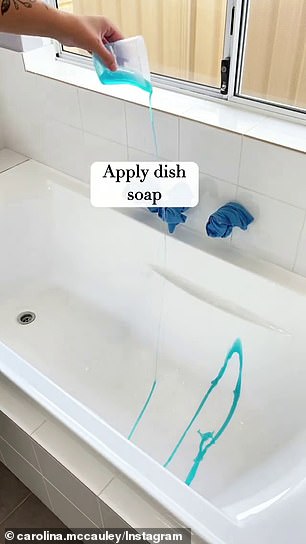 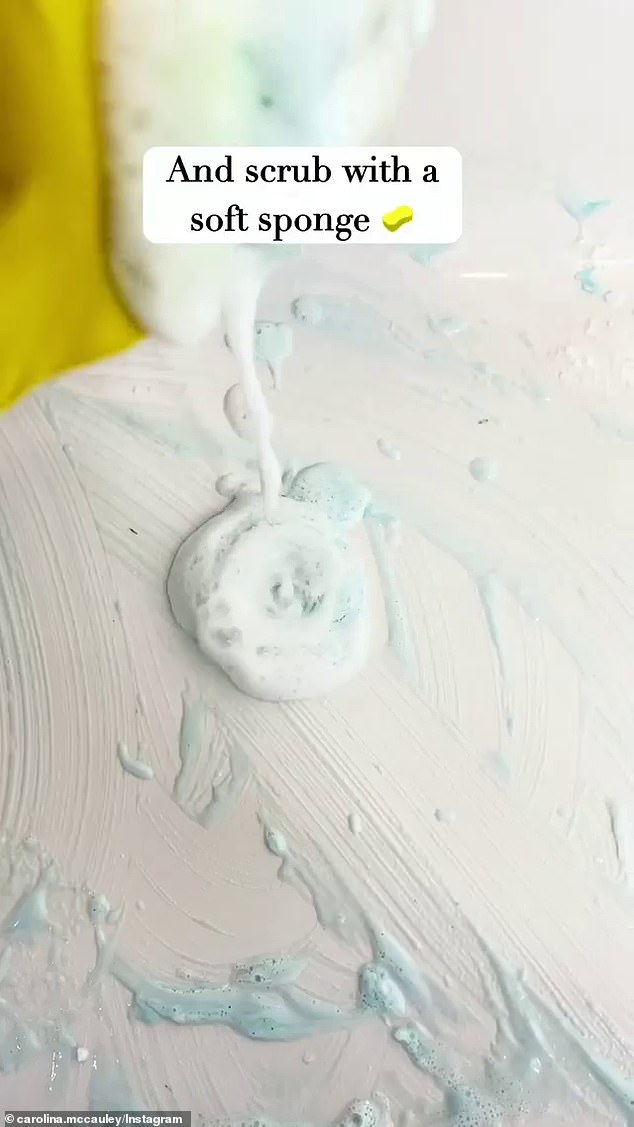 She scrubs the bath with a soft cloth before rinsing well

How can I deep clean my bath in five steps?

1- Soak microfibre towels in a bowl with Vinegar.

5- Apply Dishwashing liquid and scrub tub with a soft sponge.

‘What was the vinegar on the towels for,’ one woman asked.

Another clarified: ‘She wrapped the soaked towels around the faucets because it helps remove limescale on the metal.’

But some weren’t convinced by the cleaner’s love for vinegar.

‘I have tried this and the vinegar just smells wrong to me,’ one woman said.

‘Agreed, I just use magic erasers and then suds up. Works great,’ another woman said.