Going through old boxes at my mum’s house this past summer, I came across a letter dated 16 September 1990.

‘Of all the women people have tried to fix me up with,’ I read. ‘If you had still been around instead of leaving the country, we might’ve figured out a way to be together, you and I.’

In another letter dated 11 June 1991 I read: ‘I never stopped loving you… and to confront that, having constantly pushed it back, is hard, is touching, and makes me feel sad and happy at the same time.’

The first was written by an American, a now television writer I met while tending bar in Chicago, and the second by an Englishman I dated while getting my BA at the University of Iowa. And despite the letters having been penned over 30 years ago, I was still deeply moved by such outpouring of emotion.

But those weren’t the only ones. In all, there were 54 letters addressed to me by boyfriends, ex-boyfriends, suitors, men I’d met after moving to Germany to pursue an acting career, that I had for some reason or other decided to keep.

They span almost an entire decade – from 1990 to 1998 – shortly before, at the age of 30, I remember getting my first email address, which in hindsight I now realise all but extinguished the art of handwritten correspondence.

Even more reason why I will cherish these letters for the rest of my life. Not only because in 2021 it is rare that someone picks up an actual pen and puts words to a piece of paper, but because these letters are a reminder of what an important part they used to play in our lives.

Back then, finding an envelope from overseas in your letterbox could make or break your day. Recognising the red-and-blue chequered airmail border would fill me with a rush of excitement inside – I savoured every last word. 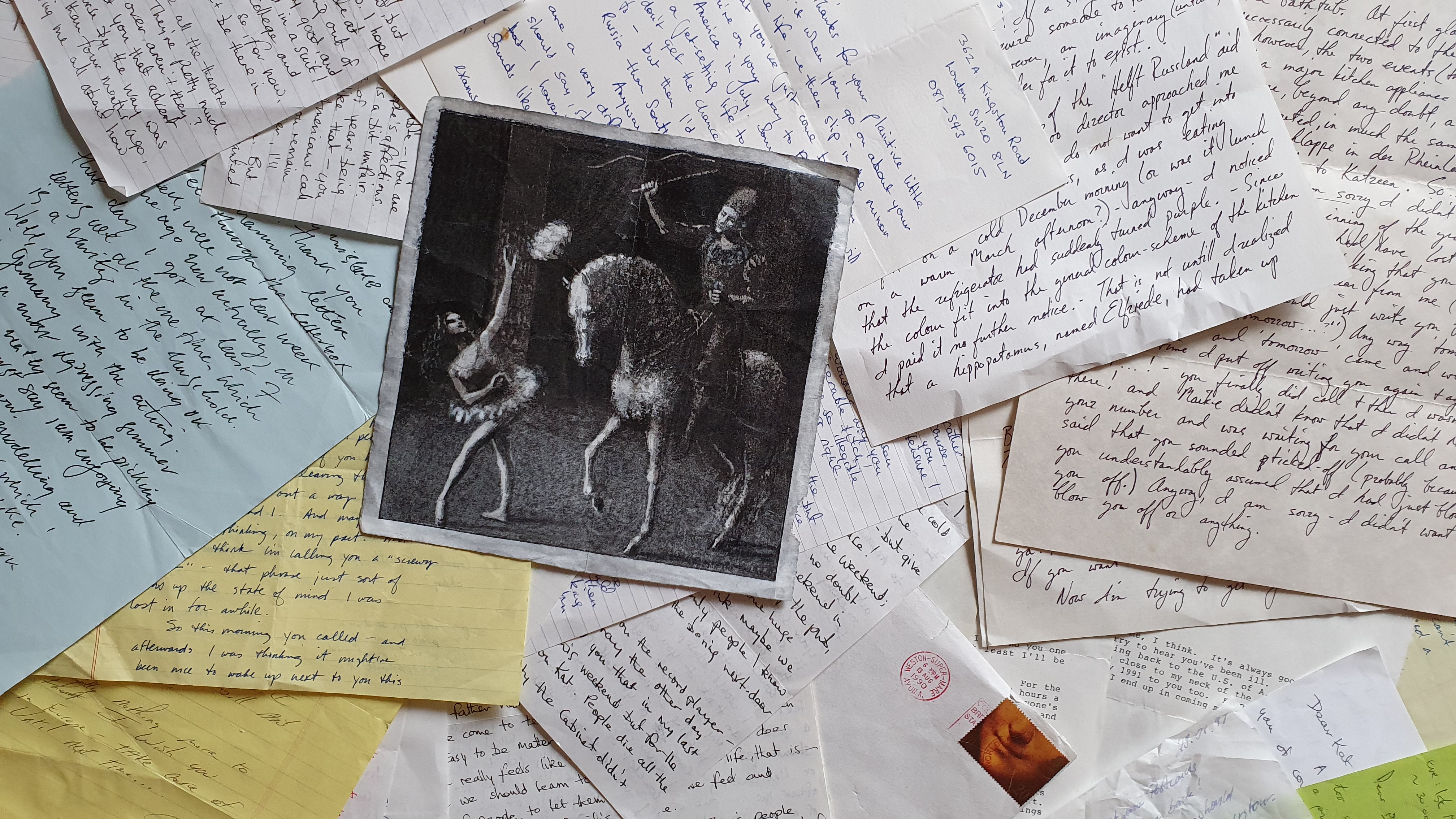 In the 90s, there was no Facebook, Twitter, Instagram or WhatsApp to keep superficial tabs on what everyone you ever met was doing. We wrote page upon page (and if not, we apologised in advance for not having the time to write more) in which hopes and dreams for the future were discussed, frustrations and fears were confessed, feelings were laid bare, as we felt compelled to share at great lengths our own very personal thoughts.

These letters provide me with a snapshot of not just my life, but the lives of those I was in touch with, all of us in our 20s, strapped for cash, searching for our place in the world. And re-reading them brings back an avalanche of memories.

There was the Irishman I slept with in Dublin, who wrote that he had £5.25 in his bank account, but was considering moving to Bangkok to model. Then there was the Dutchman who wrote to say he’d fallen in love after having spent four days with me at a theatre festival in Sittard.

Aside from the letters, I also came across an illustration given to me by an artist from Northern Ireland, who I met in New York in 1994, and who I recently discovered passed away from multiple sclerosis in 2008. Plus, the last note from my high school sweetheart dated 15 October 1993. I found out, after finding his obituary online a few years ago, that he died of a heart attack in 2016.

Coincidentally, both men were 49 years of age at the time of their death. It’s strange to think that these items were in their possession during a carefree period in their lives, unaware of what fate had in store for them. Despite the fact I’d not seen either of them in years, I will treasure what I have forever.

Which makes me wonder what future generations will be doing in 30 years’ time. Based on the conversations I’ve had with my friends’ teenagers, both girls and boys, they won’t be going through old boxes. If anything, they’ll be sifting through a cloud filled with emails, blog posts, and perhaps a few photos.

Correspondence between boyfriends, ex-boyfriends or would-be hook-ups is done via text. And you’d be hard pressed to find a thoughtful sentence, let alone a complete one, void of acronyms and abbreviations, not to mention emojis.

The only letters they’ve ever written, they say, are in the form of greeting cards, which they send out on special occasions, like birthdays, and never include more than a signature.

In this digital age, where it is so easy to communicate, it is sad to think that Generation Z, soon to be followed by Generation Alpha, has little understanding of how precious a handwritten letter can be. I still recall that tingling, giddy feeling I got reading line after line of sweet compliments from a guy I liked – it was part of the courtship. I’m not sure these generations appreciate the simple act of sitting down to organise one’s thoughts, as the art of writing a letter is a skill that must be learned.

Say what you want about modern technology but I do believe its cold, emotionless exchange is harming people’s ability to feel empathy. Even my mum says that the youth of today is lacking in sentimentality. And I couldn’t agree more.

Now, at the age of 53, I can hold in my hand letters written to me three decades ago, the unique handwriting of each man a reflection of his personality, the blue, black or red ink used now smeared in places, and I can reminisce, even smile, about a time I’d almost all but forgotten.

I still write letters to those I love because there is no substitute for the power of the handwritten word.

Metro.co.uk’s weekly The Truth Is… series seeks to explore anything and everything when it comes to life’s unspoken truths and long-held secrets. Contributors will challenge popular misconceptions on a topic close to their hearts, confess to a deeply personal secret, or reveal their wisdom from experience – good and bad – when it comes to romance or family relationships.