Steph & Dom solve your sex, love & life troubles: I look a state. Will my new man still like what he sees?

TV’s Steph and Dom Parker, 53 and 55, draw on their 22 years of marriage to solve your relationship problems . . .

Q: A month before lockdown I met a man online (I’m 43 and he’s 45). We saw each other a few times and things were going well — but then lockdown began. We’ve been messaging each other and have started chatting every day. I’ve really come to like him.

The problem is I’ve put on a stone in lockdown and I’m afraid he won’t fancy me when we meet again. Also, since salons are shut, I have terrible grey roots, and I can’t do nails, brows and the rest.

He wanted to meet in the park at the weekend, but I said I was seeing my best friend. 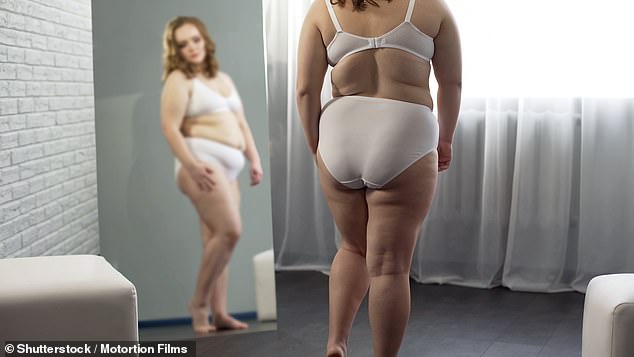 I’ve been dreaming of a future, but I don’t think I can handle the disappointment if he dumps me when he sees me.

I live alone and have been comfort eating through the lockdown. I usually go to the gym five times a week and the salon every Saturday. What should I do?

STEPH SAYS: It is very early days and I feel for you when you say you’re not on your A game. With only a few dates under your belt, suddenly your relationship has been interrupted by a worldwide catastrophe, which has prevented you from seeing each other.

Pre-pandemic, this early in a relationship you would still be making a huge effort to show him only your best bits; it can sometimes take months before we’re happy to drop our guard enough not to set the alarm for a quick teeth brush before he wakes up.

Sadly, this is love in the time of corona and everything is different. There are new rules and we are all having to change the way we behave.

Remind yourself that you’ve already done the hard part. You’ve been brave enough to put yourself out there and trawl through the internet to find your new beau. And you like him! So well done.

But I have to tell you that lying to him to avoid seeing him by saying you were busy with your friend is a complete no-no. No relationship should ever include lies, however small, especially so early on. They trip you up and are no foundation to build on. 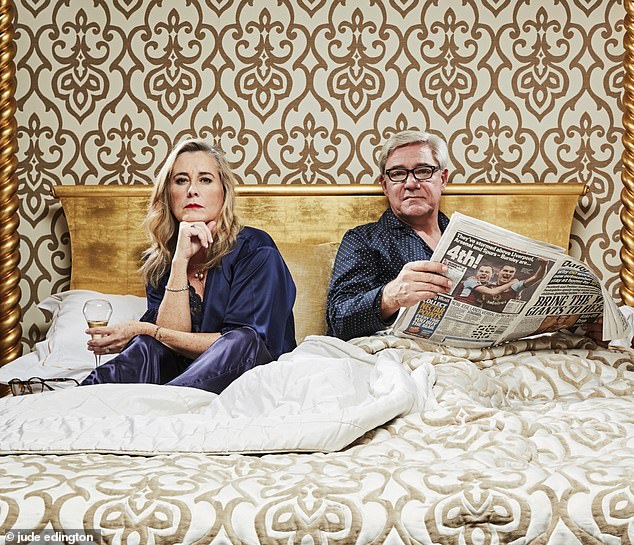 Steph advised the reader not to be with a man who is offended by weight gain or grey hair roots. Pictured: Steph and Dom Parker

I understand why you feel you’re no longer the girl he remembers going out with three months ago. But you are. You clearly have quite a rigid routine — gym five times a week, hair, nails etc. And obviously you’ve become quite reliant on those things to support the vision you have of yourself.

But it’s just that: a vision. It’s not real. And now it’s threatening this budding relationship.

If, deep down, you think he’ll be offended by the weight gain or a grey root, then he’s not the man for you. You absolutely do not want to be with a man who wants a trophy on his arm.

No one looks perfect all the time and we shouldn’t want to. Think about the joy that is to be found in being truly comfortable with your partner; in dropping the veil and being loved nonetheless. It’s a rare and wonderful thing and you get to fast-forward to it! I suggest you see this as an opportunity to rid yourself of some of the rigours of your beauty routine.

He’s talking to you every day, so this relationship already exists. You say you’re already dreaming about the future, but I think you should try to get your feet back on the ground and stop imagining a future with a man you don’t know very well yet.

The only future you should want is one in which neither of you ever feels insecure. So, bite the bullet. Call him and confess you were scared he might be put off by the change in how you look, but that you’re willing to see him now.

You should be worrying about your heart, not your hair. Slick on the lippie and take the leap.

DOM SAYS: First things first, you are most definitely not alone. From what I’ve seen of home haircuts on video chat app Houseparty, I think we’re all starting to look slightly dodgy. Most of us have let ourselves go a bit and even gym bunnies have been unable to exercise as much.

So you’re among friends in that there’s a little bit of work to be done on most of us. And the practicalities are not too tricky. You can buy hair dye from the chemist and there’s nothing wrong with unpolished nails. 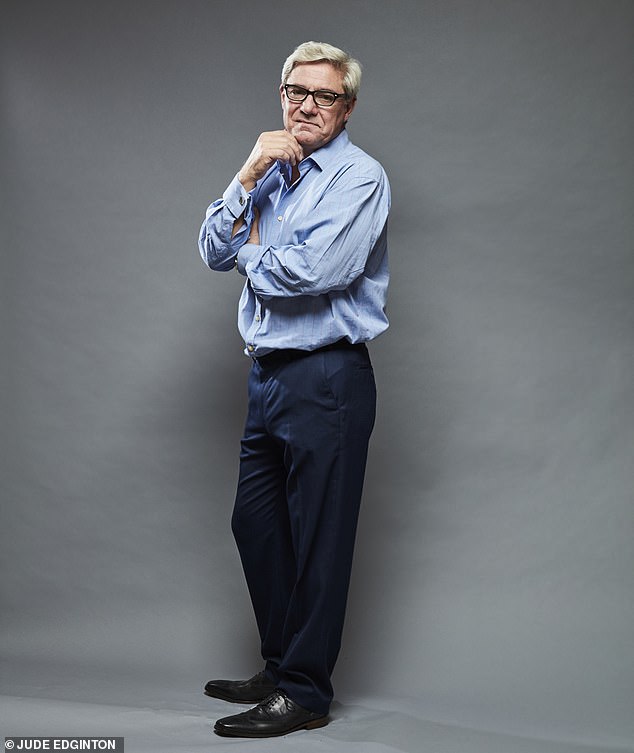 It strikes me that the far bigger issue is that of confidence — specifically with regard to your weight. Everything else is quite quickly sorted.

The first thing to say is that I’d be surprised if your chap didn’t expect to see a few extra curves when you meet up. Perhaps he’s piled on a bit of timber, too.

The thing to do is sow the seeds in his mind. Tell him you miss the gym and your hairdresser and the nail salon. Let him know you’re railing against your roots. Doubtless, he will be longing for his barber, too.

And when it comes to weight, blame the Government! They wouldn’t let you out more than once a day — and how much could you really do in one hour? Clearly not enough for you to feel content, and I think that’s the main point.

This is about you not being happy with what you see in the mirror right now. And you must work on your own feelings about that. Unless he is terribly shallow (in which case you will be well rid of him), this is not about him, it’s about you. You must stop worrying about what he will think. Everything has changed. It is understood that women cannot go to the hairdressers right now. (For the record, it is understood that all hair continues to grow.)

This will be a good test. If his interest is only skin deep, it may evaporate at the sight of an unruly eyebrow. Why would you give someone like that any power over how you feel? But if his interest is real, he will be delighted to see you and probably won’t even notice.

So calm down, chill out. We men really don’t care that much about women being ‘groomed’.

He’s not interested in you because your nails are perfect or your weight is ideal. He is interested in you for you. Be who you are, be proud and stand up for yourself. Have confidence in yourself and your loveliness. And most of all? Enjoy that date!

If you have a question you’d like Steph and Dom to tackle, write to: [email protected]dailymail.co.uk