For Australian cinematographer Greig Fraser, it was a memorable phone call.

Denis Villeneuve, the visionary director of Sicario, Arrival and Blade Runner 2049, asked if he was interested in shooting a movie based on Frank Herbert’s famous 1965 sci-fi novel, Dune.

“What am I going to say?” Fraser said via Zoom from London. “The master Denis Villeneuve with this material? The first thing I’m going to say is ‘yeah, I’ll be on a plane before you know it’. 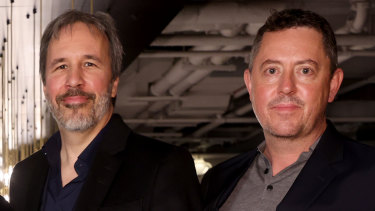 “I agreed to do it with him before he even told me what it was about or how he was going to approach it.”

Costing a hefty $US165 million ($229 million), Dune has opened around the world so successfully that two more instalments are now planned.

Reaching Australian cinemas next week, it is expected to be nominated for best picture and director at the Academy Awards, with Fraser widely tipped to win best cinematography for its epic visuals.

The movie centres on a young nobleman (Timothee Chalamet) as he heads to the desert planet Arrakis, where his father (Oscar Isaac) is to take charge. It is home to mysterious Bedouin-like inhabitants, including a young woman (Zendaya) who has been appearing in his dreams, giant sandworms and a valuable resource called spice. 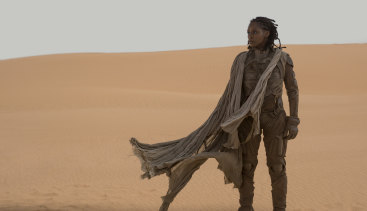 Fraser has risen into the Hollywood stratosphere with an impressive filmography over the past decade that includes Zero Dark Thirty, Foxcatcher, Lion, Rogue One, Vice, The Mandalorian and the coming The Batman. 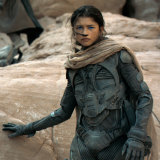 But the 46-year-old admitted he was apprehensive going into Dune.

“The fear was I was going to screw it up,” he said. “This is a big thing. There’s a lot of Dune fans out there and trying to bring people’s vision to reality in a really honest way is hard.”

Before the shoot – largely at Wadi Rum in Jordan, an oasis in Abu Dhabi and a studio in Budapest – Fraser watched classic movies set in the desert then tried to forget about them.

“We saw them, closed the book on them and said, ‘OK, we’re not going to do a Lawrence of Arabia shot’,” he said. “We’re not paying homage to anything that’s come before us. We’re trying to be really original and fulfil the vision of Frank Herbert.”

While he has won an Emmy for The Mandalorian and had an Oscar nomination for Lion – it was “quite an event” when La La Land was wrongly named best picture winner instead of Moonlight – Fraser played down the importance of awards. 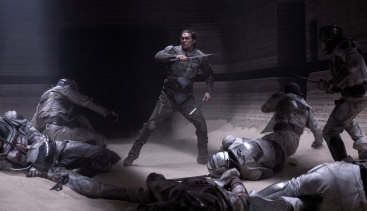 Jason Momoa in a battle scene in Dune. Credit:Warner Bros

That enjoyment factor was high when Fraser watched Dune for the first time, on a giant IMAX screen in Los Angeles.

A former photographer, Fraser’s filmography includes Bright Star, The Boys Are Back, Let Me In, Snow White and the Huntsman, Killing Them Softly and Mary Magdalene. And while he is preparing to shoot the second Dune, he is wary about believing he is a Hollywood success. 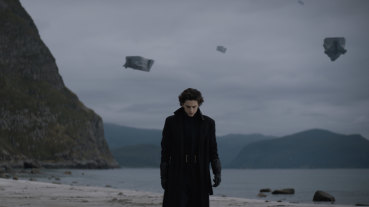 “‘Have I made it?’ is a really wild question,” he said. “I wouldn’t say that I’ve ever made it because once you’ve made it, what do you do from there? You go and buy yourself a fast car? I dunno.”

Fraser said he had been lucky to work with brilliant directors from Australia, New Zealand, the US and Britain on high-quality dramas.

“More than anything, my camera being able to capture the best performances from an actor to the vision of the director is what I pride myself on,” he said.

“I hope that I haven’t made it because I hope to make it one day and come up with the ultimate movie where I have an interview and go, ‘I’m done, I’ve made it, thank you very much’.”