WHEN Frankie Bridge accepted an invite to honour a hero at The Sun’s Who Cares Wins awards, she knew it would be an emotional evening.

The ex-Saturdays singer was tearful as she presented the Caroline Flack Mental Health Hero award on Tuesday, having spoken movingly about her own struggles in the past. 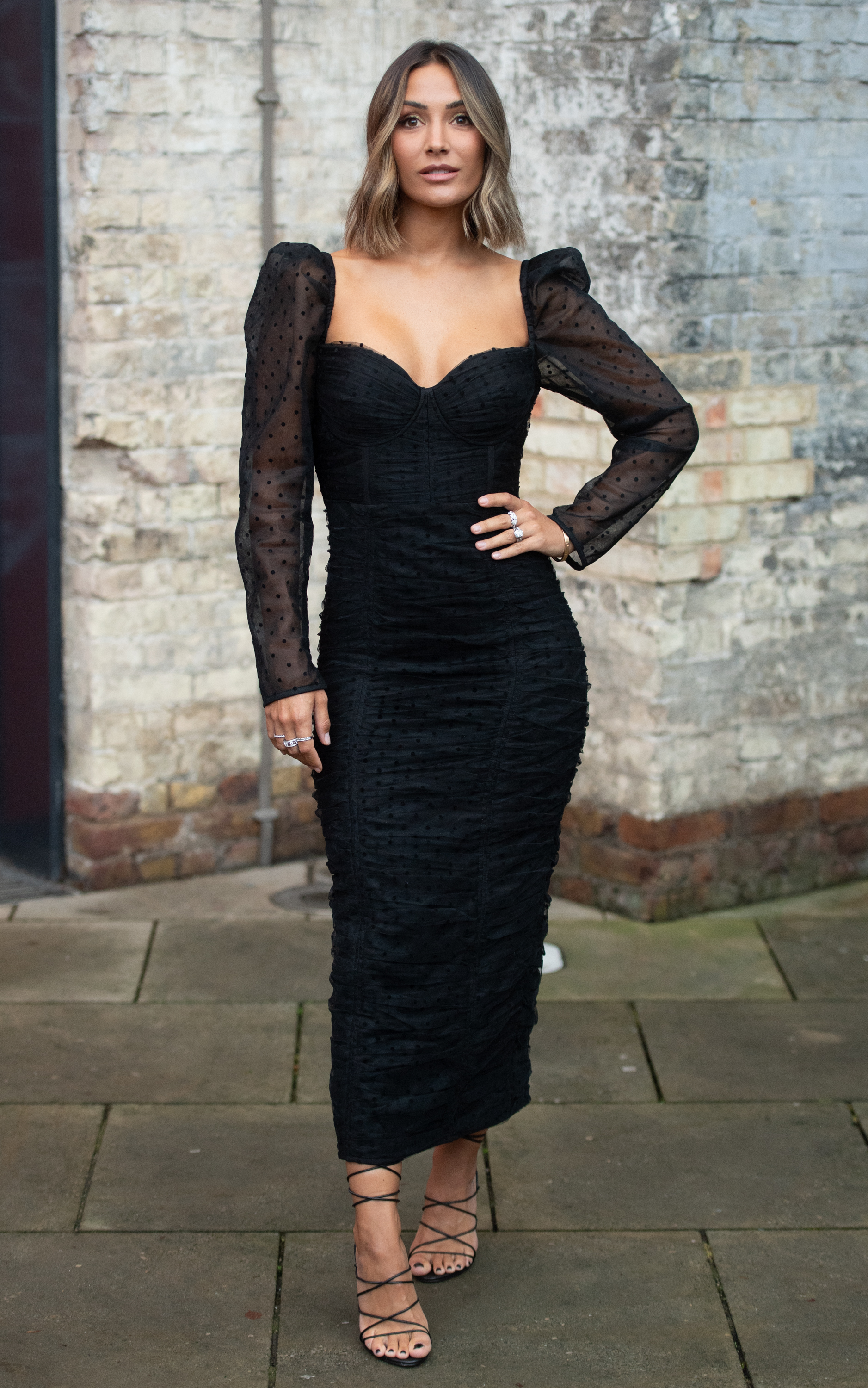 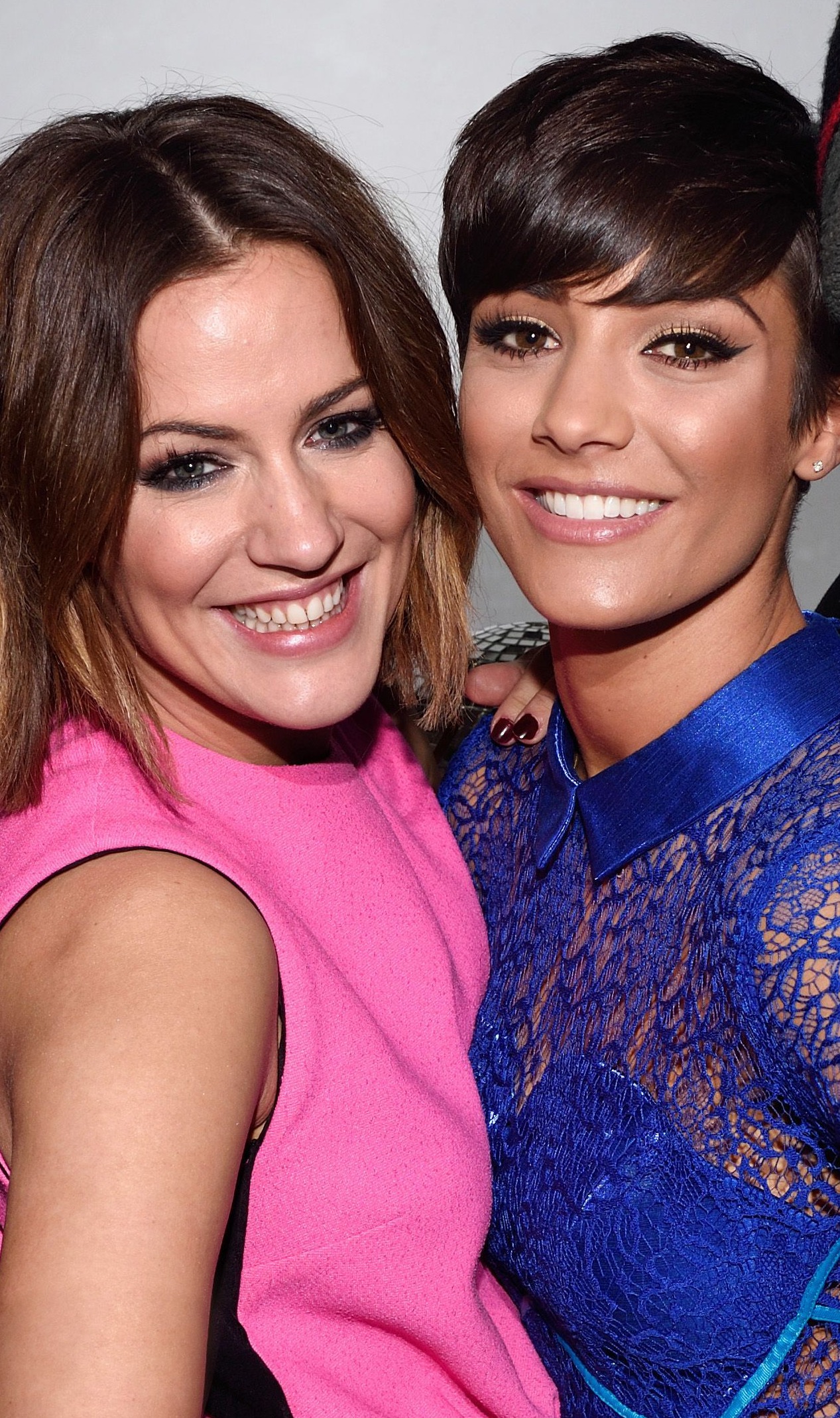 The gong was in honour of Frankie’s late pal, Love Island host Caroline, who took her life last year, aged 40.

Frankie, 32, praised our event, at Camden Round-house in North London, for celebrating “amazing, selfless people” and said: “I didn’t take the honour lightly.”

The winner of the award she presented — recognising outstanding work in mental health — will be revealed when the star-studded event is aired on Channel 4 this Sunday from 7.30pm.

Backstage at the annual bash — set up in 2017 to honour NHS and healthcare heroes, key workers and ordinary people who care for us — Frankie told The Sun highlighting mental health now, with the pandemic, is more important than ever.

She said: “I was nervous when I started talking about my mental health but the reaction I’ve had has been really positive. Whenever anyone messages me, they often say me speaking out helped them do the same. Hearing things like that make it all worthwhile.

“It is hard to keep the mental health conversation going but it’s more important now than ever. There is much further to go with giving help and speaking out but we’re getting there slowly.”

Frankie became close friends with Caroline when they were each celebrity finalists on Strictly Come Dancing in 2014.

Caroline, known as Carrie, won the glitterball trophy — and their bond remained throughout the years while both struggled to deal with life in the limelight.

The Saturdays, also comprising Mollie King, Una Foden, Rochelle Humes and Vanesssa White, enjoyed a string of Top 10 hits from 2007 to 2014, since when the girls have been on a hiatus.

A break Frankie was forced to take in 2011 was put down to a mystery illness but secretly she was battling depression and checked into rehab because she “couldn’t cope with everyday life”.

After it was wrongly reported she had been taken in for drugs and alcohol dependency, she decided to open up about her mental health struggles. Her depression had been the latest in a string of mental health battles that included chronic anxiety and an eating disorder.

Her breakdown in 2011 saw her suffer suicidal thoughts, which she never acted on. She now expects to spend the rest of her life taking antidepressant medication. But she recognises she was privileged to be able to afford private healthcare.

It’s so much easier to get help if you have money, and that is incredibly sad.

She said: “I have always been open about the fact that I have paid for the help I’ve had. I’ve had tons of friends that have needed help and been put on long waiting lists for therapy or just been given medication without it being checked if they needed it.

“Some have not been given medication when they really needed it. That’s a real shame. So many lives could have been saved if there weren’t these long lists. It’s just going to get worse now, thanks to the lockdowns. There will be people struggling with feeling isolated, people grieving on their own in silence. And the poor NHS is going to be playing catch-up, big time.”

It was found last year that one in four people have who had consulted the NHS over their mental health had been waiting more than three months for help.

The same report foun­d some people suffering depression, anxiety and suicidal thoughts faced delays of up to four years.

Demand on services is expected to only rise because of the pandemic. Frankie added: “It’s so much easier to get help if you have money, and that is incredibly sad.” Frankie married ex-England left-back Wayne Bridge in 2014 and they have two sons, Parker, seven, and six-year-old Carter.

But Frankie’s mental battles have seen her become paranoid about many things, including thinking she had killed Parker by taking him to get a chickenpox vaccine before he turned one.

In her book Grow: Motherhood, Mental Health & Me, published earlier this year, she wrote: “It resulted in a meltdown. My paranoia kicked into overdrive too and I became convinced I had killed my child, before he’d even really got the chance to live.”

Her GP reassured her that the tot would be fine, the vaccine would just be ineffective. But she still ended up feeling like a “waste of space, bound to let my kids down”.

Frankie, now a panellist on ITV chat show Loose Women, has the steadfast support of Wayne, 41, who recognises signs she is struggling and needs help.

From encouraging her to get back to work when she feels low, to taking the kids out for a day when she needs a rest, Wayne does everything he can to keep her mental health steady.

Frankie knows her troubles impact on her relationship with Wayne, who in 2016 entered the Aussie jungle as an I’m A Celebrity contestant.

She said: “It puts extra strain that other relationships don’t have.”

But she added: “If Wayne was going to jump ship, he could have done it, but he didn’t, so we’ve both always been aware we’ve put a lot into our relationship.”

Frankie presented the Caroline Flack award alongside the late TV host’s mum Christine, who said: “I’m pleased I can give this in Carrie’s name. She’d have been delighted.”

I’m pleased I can give this in Carrie’s name. She’d have been delighted.

Frankie spoke of the value of seeking comfort in others when times are hard.

She said: “People are getting better at being kind, and we need to.

"Positivity goes a long way. I want my kids to be able to accept a compliment and appreciate it, even if their mum can’t.” 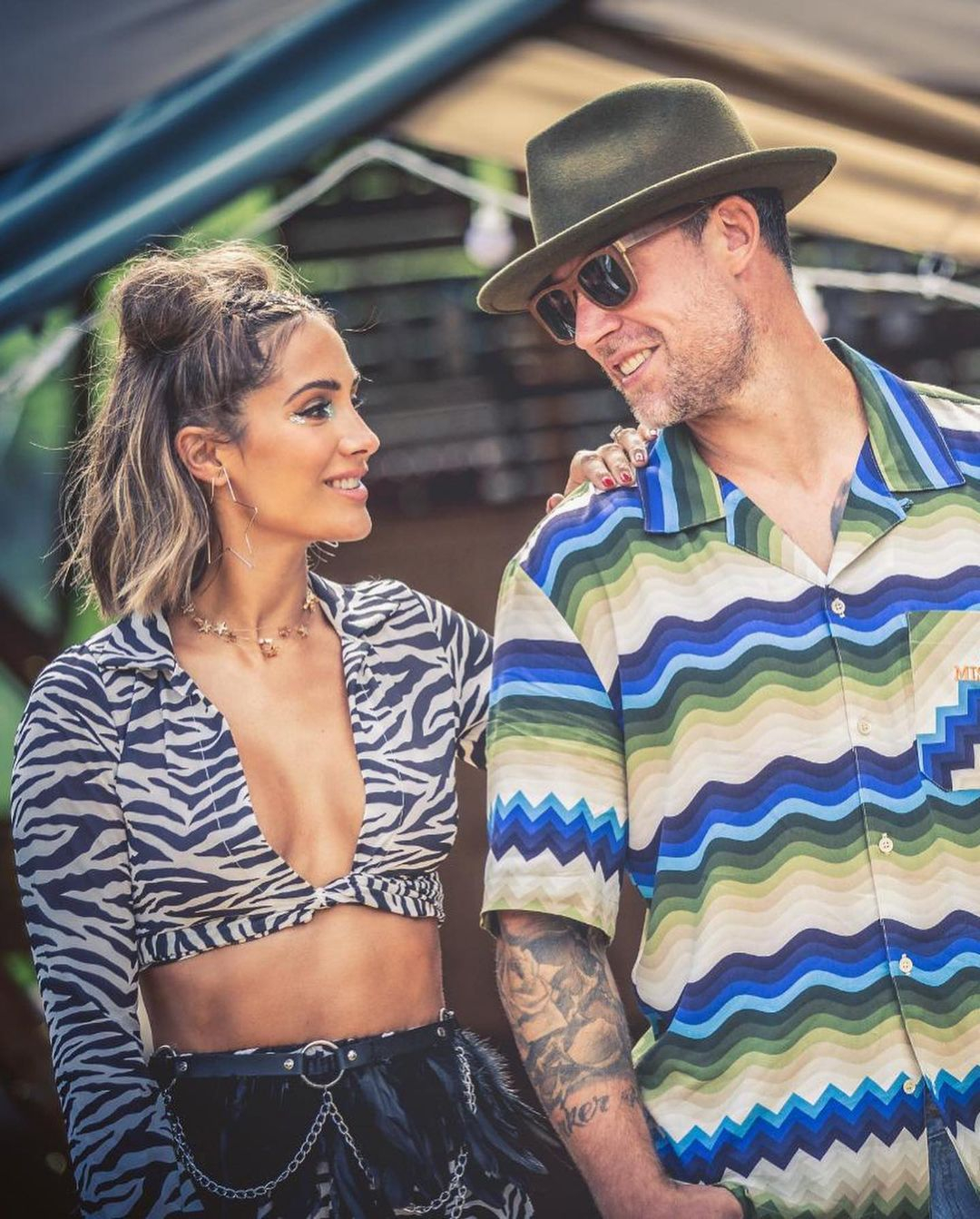 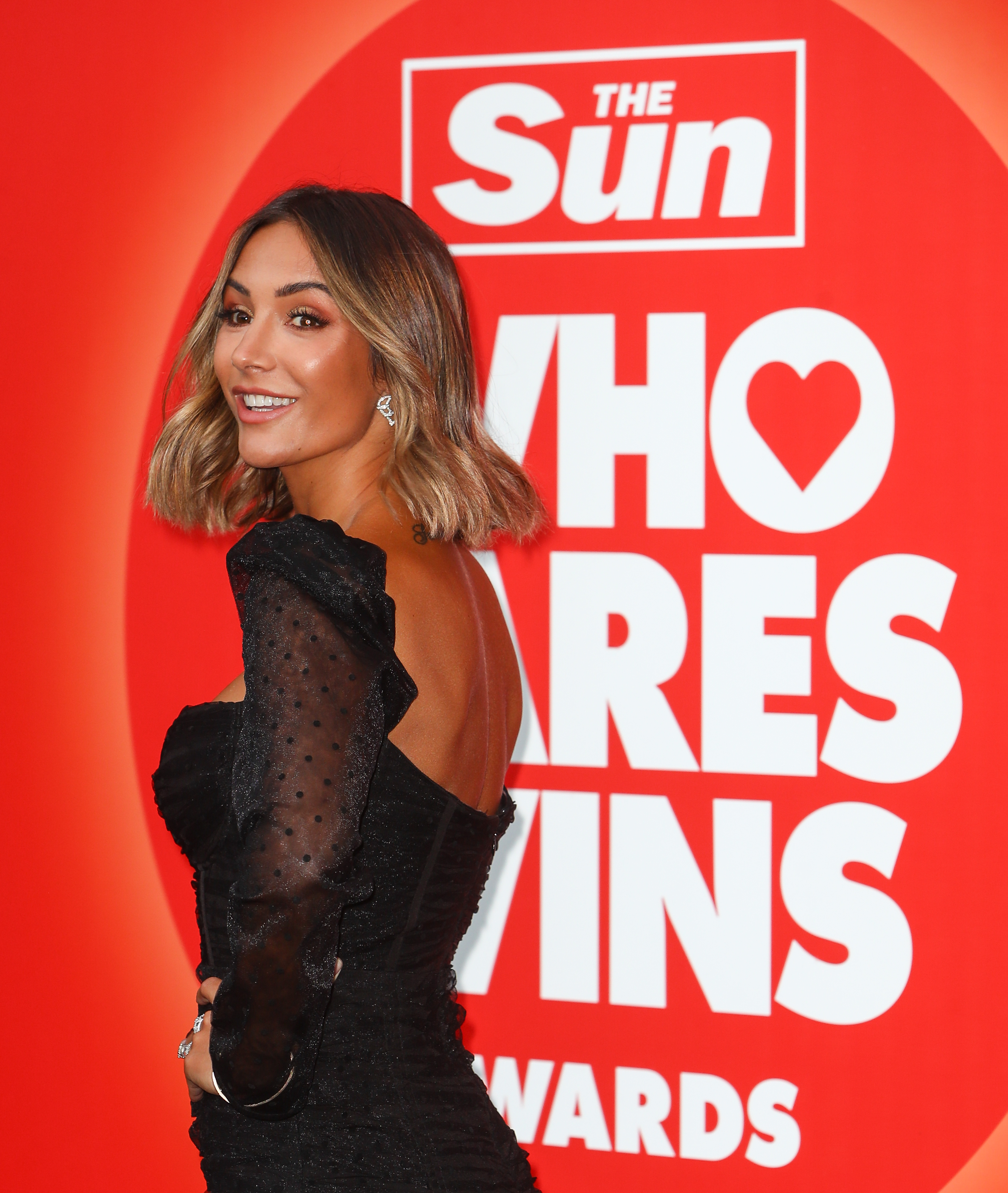 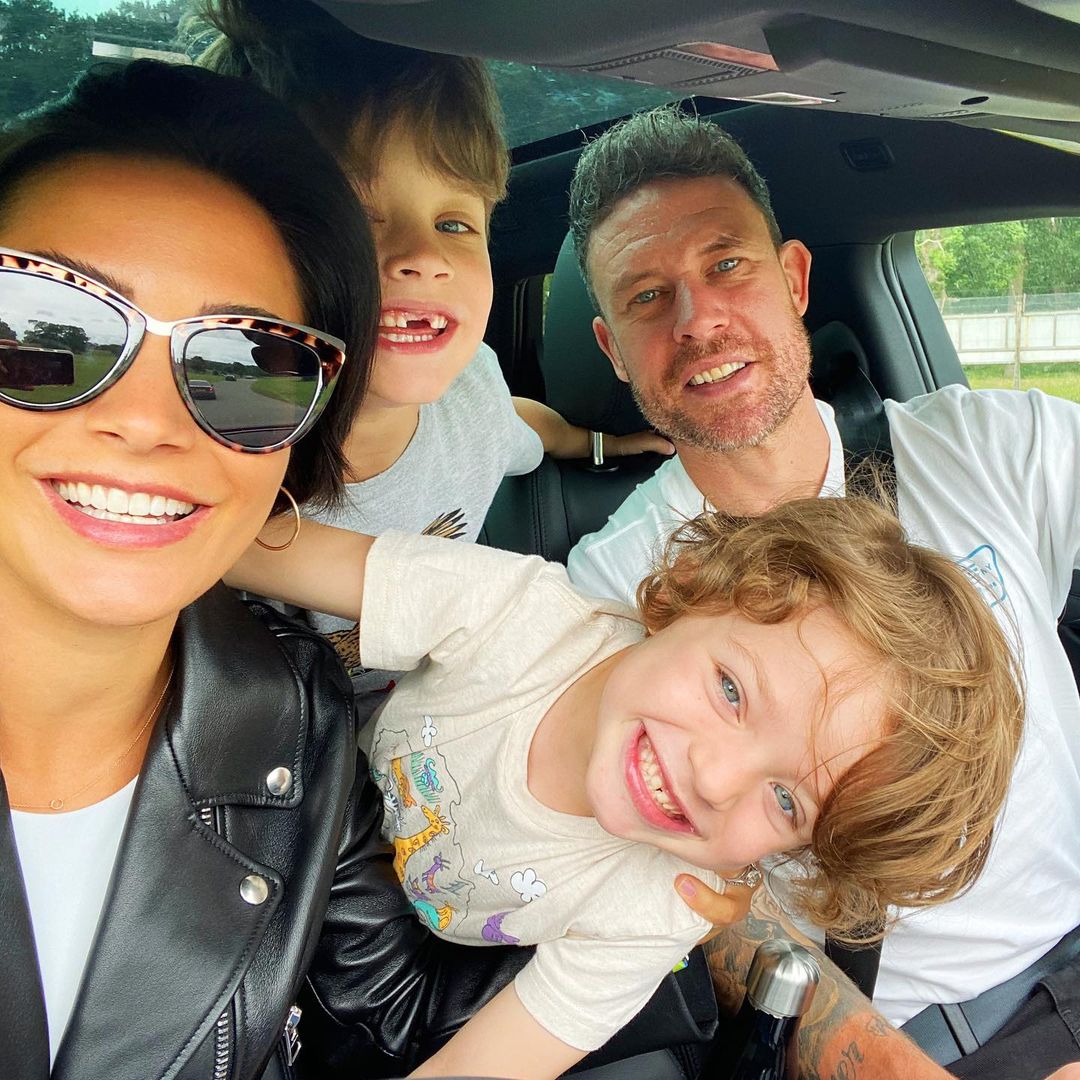