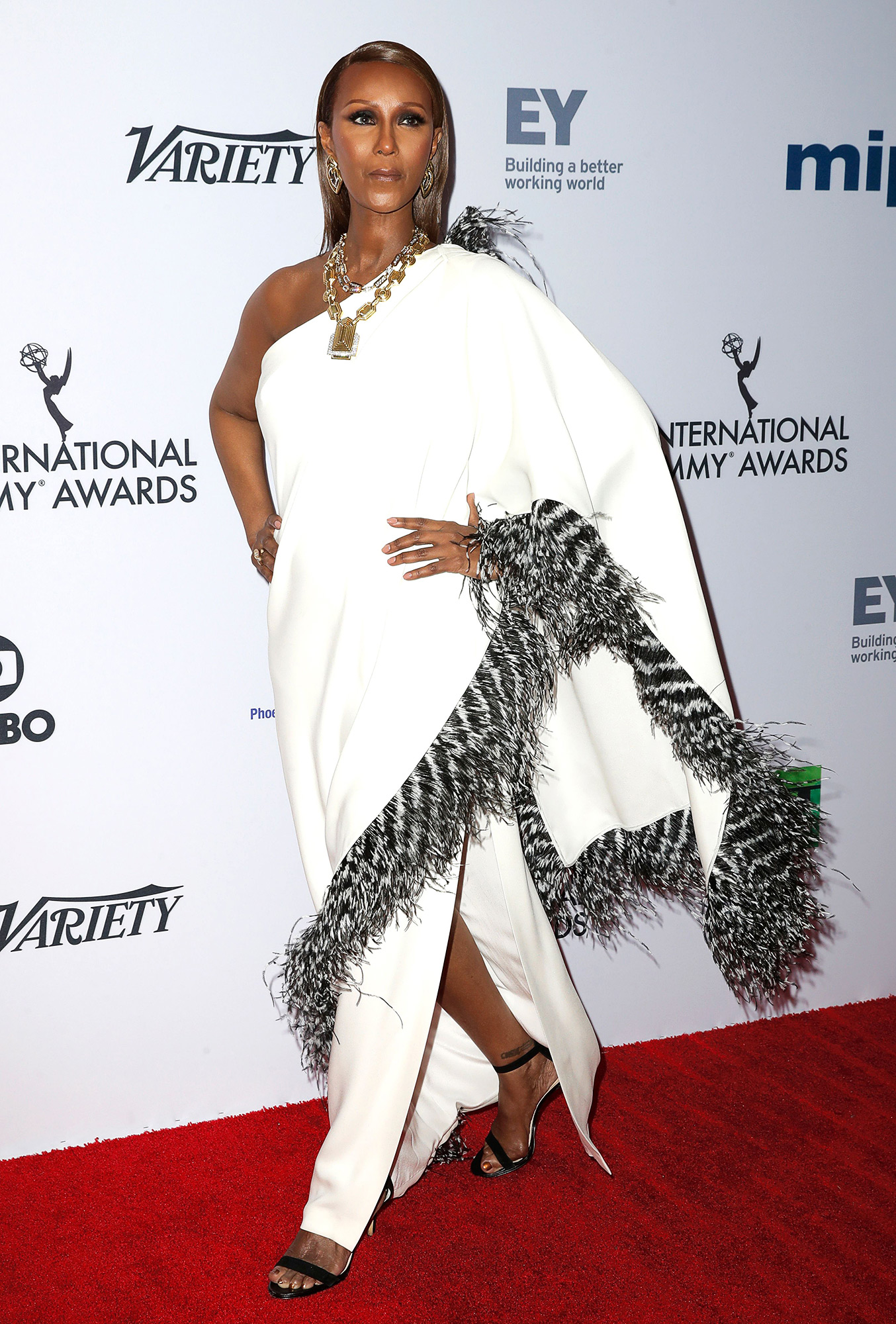 Age is just a number, according to Iman. The supermodel opened up about growing older and why she’s embracing change.

“That’s a very Western mentality,” the 67-year-old catwalk queen, who was born in Somalia, said of being youth-obsessed in her January 2023 cover story for British Vogue, which was published on Wednesday, December 14. “I come from Africa, we celebrate getting older.”

Iman continued: “A friend was telling me there’s been a rise in cosmetic surgery, all because [people] have been looking at themselves in Zoom meetings … I’m like, ‘If you’re worried about that, just put the camera up [so it’s titled down on your face], for God’s sake!” She added: “This really is a mentality rooted in the West. For me, it has never been a problem.”

The runway star echoed similar sentiments in a 2015 interview with The Cut ahead of her 60th birthday. “I tell my younger friends, ‘Don’t be afraid of change. That is when you really see what your destiny is.’”

Iman started modeling in 1976 when she was discovered by photographer Peter Beard. Her big break came when she posed in Vogue that same year. From there, the towering beauty strutted her stuff for Versace, Thierry Mugler, Calvin Klein, Yves Saint Laurent and more. She retired in 1989 but has remained a prominent figure in the fashion industry. She launched Iman Cosmetics in 1994 in hopes of diversifying the beauty world.

Hot Celebs Over 40 in Swimsuits

She spoke about launching her company — which offers foundation, blush and more — via Instagram in June 2020, sharing: “When I launched Iman Cosmetics, we were touted as the prestige brand for women of color. And even though our brand positioning and advertising shows a vast array of skin tones, I was admittedly comfortable with Iman Cosmetics being identified as a beauty brand that filled the gap for Black women because it was deeply personal for me … I wasn’t going to wait for a seat at the table … I just built my own table!”

Additionally, Iman is a proud mom of daughter Zulekha Haywood, 44, and Alexandria Jones, 22. She shared her youngest with husband David Bowie. The couple tied the knot in 1992 and remained married until his death following a battle with cancer in 2016. “He’s not my ‘late husband,’” she said in her British Vogue cover story. “He is my husband.”

The fashion star paid tribute to the rocker in January on what would have been his 75th birthday.

“January 8th Eternal Memories #BowieForever,” Iman captioned a throwback photo of the couple embracing. She also shared the snap via her Instagram Story at the time. “I exist in two places, here and where you are,” she honored her late love via a second Instagram.