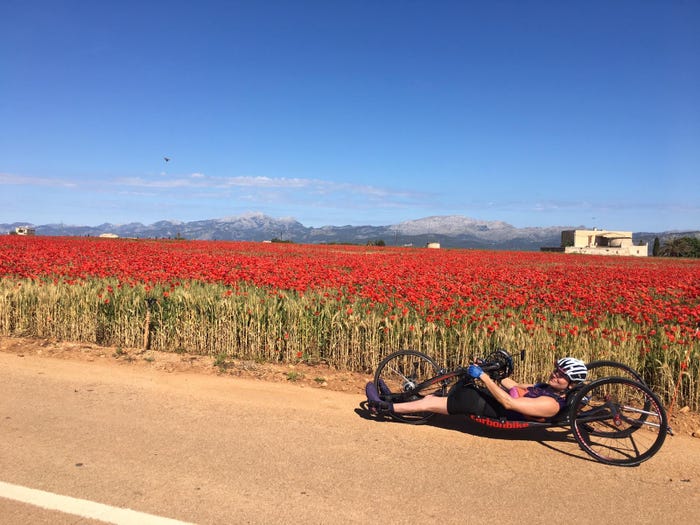 "Luminaries inspire us to do more, to do better, and to achieve our own goals," said Julie Zeveloff-West, editor-in-chief of Insider Life, at the start of the "Forge your Path" virtual event on November 10.

The event, presented by Lincoln, featured three remarkable speakers who embody the essence of Insider's recent Luminaries series, which profiled extraordinary women achieving remarkable feats despite setbacks. The goal of the series was to showcase individuals with that extra spark of passion and determination to create something out of nothing.

The session moderators were Anna Miller, senior health reporter at Insider, and Crystal Lee, host and producer, Making It Media.

In the event's opening segment, Hoover, who oversees 12 restaurants from her Indianapolis, IN base, told Crystal Lee about the challenges that she faced in the early part of her three-decade-long career.

She said institutional barriers were evident from the beginning. "There's a huge bias in banking, there's a huge bias in lots of areas that impact business," Hoover said. While things have improved for women running companies over the past several years, she said, "I do think that the tide has turned, but we're not completely there yet."

Hoover said that she had to fight the perception that she wasn't seriously trying to build a business. "This was not a hobby for me to entertain myself while my kids were busy at school," she said. "That was a bias too, in customers' minds as well."

She trained as a lawyer and worked as a sex-crimes prosecutor, which was important and interesting work, but did not feed her soul the way food did. She pursued her passion, even though she had zero experience in the industry. "When I opened my first restaurant, I had never worked in a restaurant," she said. "That should have been a recipe for disaster, but it actually set me free and allowed me to create a restaurant and a restaurant culture that was — I didn't realize how — revolutionarily unique it was."

Hoover said she wishes only that she had touted her story more throughout her career, especially her unique and community-based approach to her business. "I would talk more about my accomplishments and what my company was achieving," she said. "I wish I had been more honest and transparent about being disruptive and how important it was to be disruptive."

A professional athlete and adventurer, Darke became at age 21 after a climbing accident. Rather than focus on her limitations, Darke was able to reset her mind on what she could do — and she had good friends ready to help her achieve her goals.

"In many ways I'm grateful for what my disability has brought me and shown me," she said.  "At first I was focusing on what I couldn't do anymore. I really shifted into what I could do and what was possible."

Darke was a geologist, and later in leadership development before she became a professional athlete, and really didn't think about athletics as a career until the prospect arose of competing in the 2012 Paralympics in London. "I already rode a hand cycle and I thought that's what I love and that's what I'm willing to commit to," she said.

Darke, who currently lives in Majorca, Spain, has been able to make the most of the COVID-19 restrictions, as much of her speaking and coaching work has moved online.

While disappointed at the postponement of the 2020 Olympics and Paralympics in Tokyo, Darke keeps it in perspective. "I suppose one of the biggest things I learned when I became paralyzed is we have an illusion of control most of the time," she said. "But actually anything can happen at any moment and our lives can change in split seconds."

Darke encouraged the audience to "embrace the difficulties as well as the good stuff in life. Even when it seems terrible at the time, there's always something really useful and probably quite special to learn from the difficult stuff."

Diagnosed with breast cancer at age 28, Hart brought new awareness to inequities in healthcare when they appeared topless at a music festival in 2016. Since then, Hart, currently an adjunct faculty member at Columbia University's School of Social Work teaching human sexuality, and an advocate for the queer, Black community.

Hart said they saw young people's questions "pushed away" while growing up, which led to their curiosity about where people get information about sex. Hart teaches elementary, high school, college, and graduate school levels, and stresses the importance of starting young when talking about topics like consent, body image, abstinence, sexual violence, and more. A large part of Hart's work is also talking about race and racism, and the intersection of those topics in sex and sexuality.

Hart offered a perspective on how to handle the emotional and physical difficulties that so many people face today. "This is a really challenging time — the pandemic, and especially in the United States, a Black uprising in response to genocide — it's something that folks are met with on a daily basis, especially Black folks," they said. "Taking care of your mental health is imperative."

Sometimes the best course of action is just to, "Leave yourself alone," Hart said. "We have a tendency to want to fix and change and be happy all the time, but that's just not reality. There's so many emotions we get to experience, let's just experience them."

Hart said that the public reckoning over George Floyd's killing reflects a historical pattern. "What unfortunately happens in this country, and it's happened for centuries, is that it requires Black death in order to motivate and move white and non-Black people of color," Hart said. "That is literally too late, if that is when you are motivated to actually do something for Black lives."

Hart said that it's discouraging that "only certain deaths are going to organize white folks," citing a statistic that 34 Black trans women have been killed this year alone, but have garnered no significant attention.

"You can read all the books about racial justice, that doesn't mean you're going to do anything," Hart said. "It's important that you start to take actions that go beyond being nice to your Black neighbor or your Black boyfriend. It's actually giving up power."