Respected ABC presenter Fran Kelly has announced she is leaving RN Breakfast after 17 years in the top job.

She has been the host of Radio National’s breakfast program since 2005. Prior to that, she was the ABC’s Europe correspondent and the political editor of ABC TV’s flagship current affairs program 7.30. 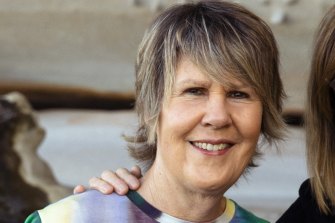 Addressing RN listeners on Thursday morning, Kelly said she would hang up the headphones in December but said that ABC listeners and viewers can expect to see her back in some capacity for the public broadcaster ahead of the next federal election.

“My days presenting RN breakfast are coming to an end,” she said, fighting back tears.

“After 17 years, it’s time. This has been an extraordinarily difficult decision to make. I absolutely love this job. I’ve given it my heart and soul, I really have. But breakfast hours are a hard taskmaster.”

ABC managing director David Anderson paid tribute to Kelly on Thursday morning, describing her as “no doubt one of Australia’s most respected political journalists”.

“I admire her ability to engage Australians in important conversations across a wide brief, from breaking news and national crises through to sport, music and the arts,” he said.

“She’s fearless when it comes to the tough political issues but also incredibly empathetic when talking to people about their lives.

“Fran’s trusted and authoritative voice represents what so many people love about the ABC and I am looking forward to seeing and hearing more of Fran on the ABC for years to come.”

The executive producer of RN Breakfast, Marina Freri, said that despite waking up at 3.30am for the past 17 years, Kelly “never once walked into the studio grumpy”.

“She comes in humming a song and makes herself and the team a cup of coffee before tackling a dozen interviews. She fearlessly holds politicians and the powerful to account.”