“Listen, I told you this: I would do it,” the actress, 50, said on The Ellen DeGeneres Show on Wednesday, June 5. “The girls would do it. And the boys would do it, I’m sure.”

After Ellen DeGeneres expressed her support, Aniston laughed and said, “Anything could happen!”

Since the beloved NBC sitcom came to an end in 2004 after 10 seasons, fans have been begging castmates Aniston (Rachel Green), Courteney Cox (Monica Geller), Lisa Kudrow (Phoebe Buffay), Matt LeBlanc (Joey Tribbiani), Matthew Perry (Chandler Bing) and David Schwimmer (Ross Geller) to reunite ton the small screen. However, they have only obliged once, for a 2016 TV special honoring legendary director James Burrows, which Perry, 49, had to miss because he was in rehearsals for the London play The End of Longing.

Most of the cast members have shown interest in one day getting the band back together, though Kudrow, 55, pointed out that she is not quite sure what the reunion’s plot would be.

“The thing we liked best about the show was that they were twentysomethings and they were their own family,” she said on the Today show in February 2017. “Now, they all have families, so what are we going to watch?” 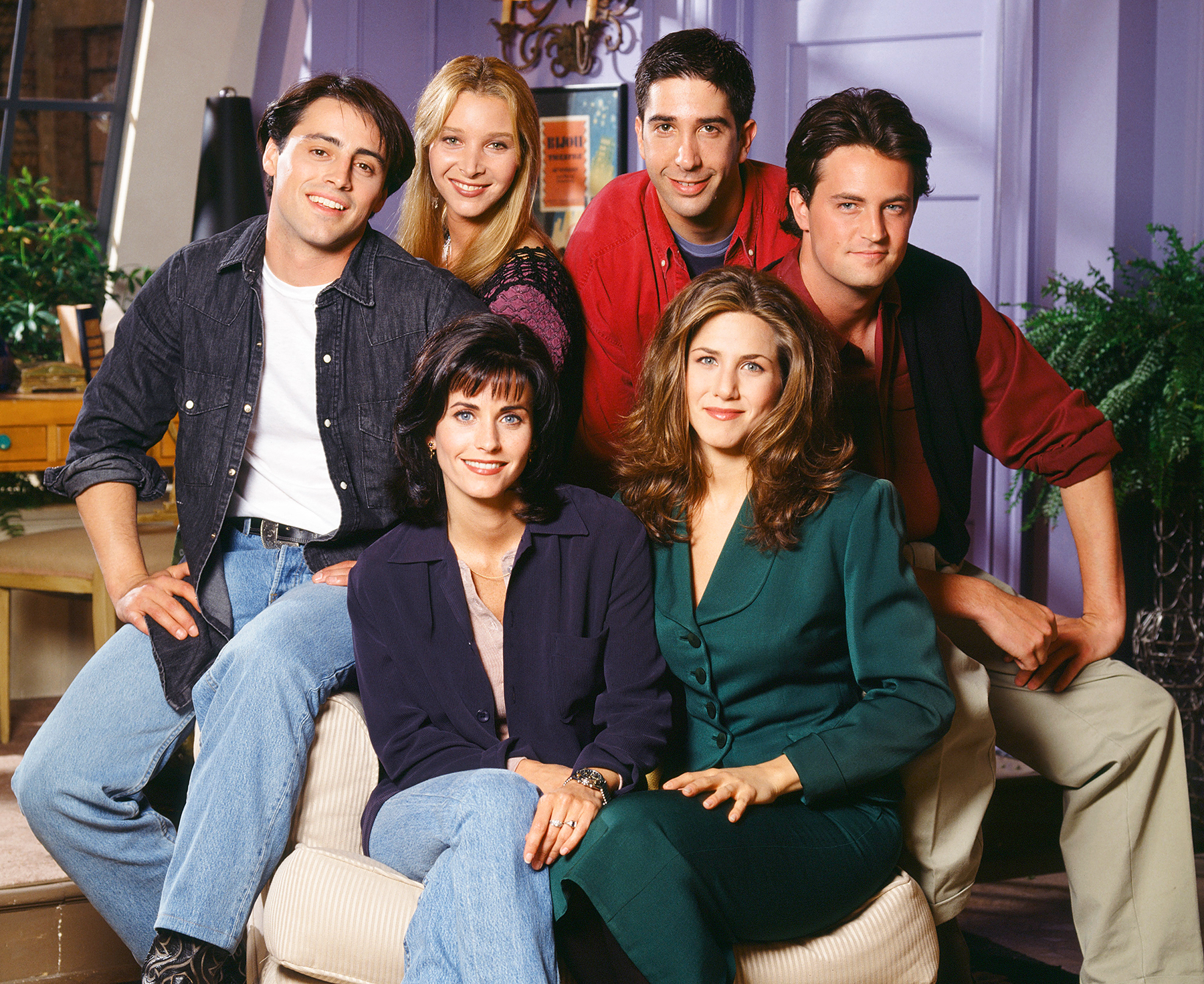 More recently, Cox, 54, has been teasing fans with Friends-inspired posts on her new Instagram account. In May, she uploaded a throwback photo of the cast on a flight to Las Vegas before the series premiere.

“[Burrows] handed us each a couple hundred bucks and said, ‘Now go into the casino and go gamble ‘cause this is the last time you’ll be able to walk into a casino anonymously,” Aniston recalled of the trip on Ellen on Wednesday. “We had no clue what he was talking about. We’re like, ‘What do you mean?’ And sure enough, that was the last time.”