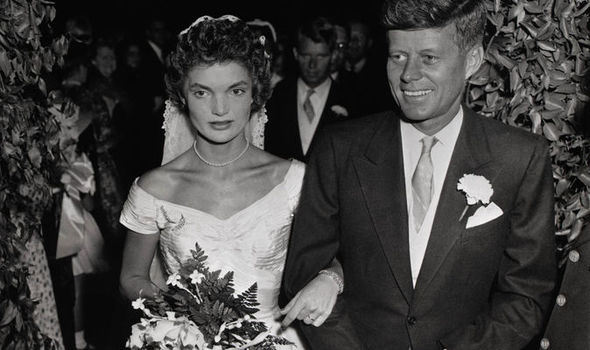 Kennedy was then a Massachusetts US Senator, just weeks away from marrying Jacqueline Bouvier, later known as Jackie Kennedy. One letter from JFK, postmarked February 1956, 2½ years after the Kennedys wed, reads: “If you don’t marry come over as I should like to see you. I had a wonderful time last summer with you. It is a bright memory of my life – you are wonderful and I miss you.” The letters are part of RR Auction’s Fine Autographs and Artifacts sale in the US. The Boston-based auction house said: “This is the only Kennedy letter we have offered that displays open affection to another woman while he was married.”

According to her 1997 memoir, ‘Love, Jack’, Gunilla and John maintained a years-long affair after his wedding. Gunilla even claimed he wanted to leave Jackie for her.

The auction, ending on May 12, includes one fully written letter to Gunilla and two partial letters, all on United States Senate letterhead. Two are accompanied by their envelopes. 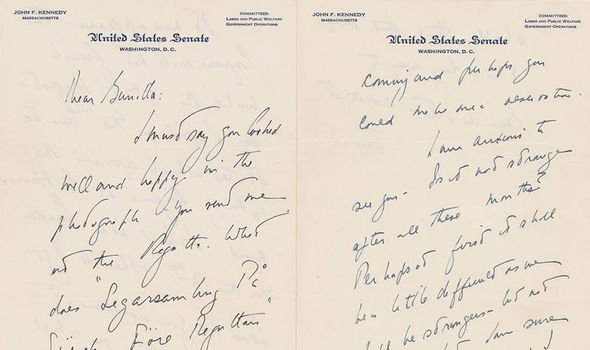 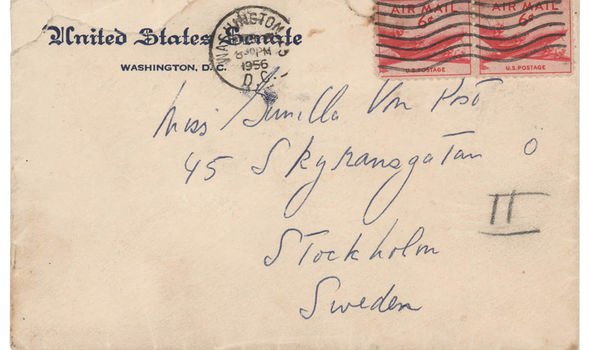 One reads: “I am anxious to see you. Is it not strange after all these months?…I am sure it will all work… it is worth it.”

The pair’s final letter is said to be from 1956, with Kennedy asking Gunilla to visit him after she announced that she would be marrying and breaking off contact.

Gunilla’s husband died in 1960 and she married again before getting a divorce and living in Florida until her death in 2011.

Kennedy was assassinated in 1963.