Dr. Bluitt Foster made it her goal to change that. She would become a leader in the field, mentoring students and using her own career path as an example of what they could achieve, first as director of the dental hygiene department at Northwestern University’s dental school in 1967, then as assistant dean, associate dean of admissions and associate dean of student affairs.

She was also the first woman to lead the American College of Dentists, a professional organization headquartered in Gaithersburg, Md., outside Washington. She was appointed in 1994, when the organization was 75 years old.

Dr. Theresa Gonzales, the current executive director of the College of Dentists, said Dr. Bluitt Foster would often say, “It’s not enough to be the first; it’s just really important not to be the last.” 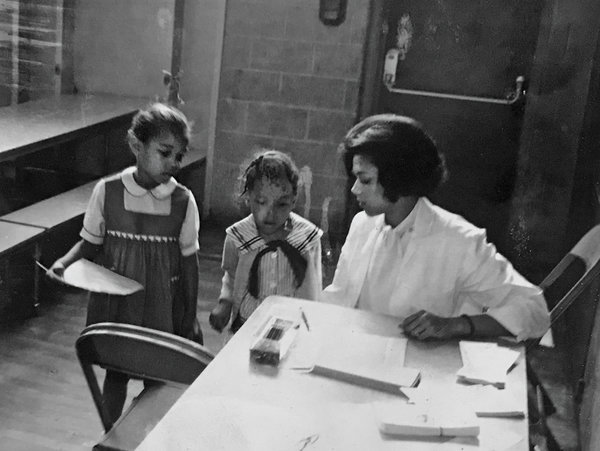 Dr. Bluitt Foster died on April 17 at a hospital in Hilton Head Island, S.C., where she had lived in retirement. She was 80. The cause was heart disease, said Melanie Carvalho, a close family friend.

The first American woman to earn a degree in dentistry was Lucy Hobbs Taylor, who achieved that distinction in 1866, at the Ohio College of Dental Surgery. (She was white.) But female dentists were still rare a century later when Dr. Bluitt Foster received her degree from historically black Howard University in Washington.

Women did not enter dentistry in large numbers until the 1970s, Dr. Gonzales said, and have only recently outnumbered men in dental schools. She said there was a need for more women and people of color in the field, “to reflect the diversity of contemporary American culture.”

It wasn’t easy being a woman in a field dominated by men: How to cope with indignities would come up in conversations with Dr. Bluitt Foster, Dr. Sinkford said. But she would brush off instances of prejudice, Dr. Sinkford said, seeming to use those moments to motivate her rather than allow them to impede her work.

“If we were going to be making waves for people to follow us, we had to ignore some of the injustices that we encountered from time to time,” Dr. Sinkford said.

Juliann Stephanie Bluitt was born on June 14, 1938, the only child of Marion Eugenia Hughes, a first-grade teacher, and Stephen Bernard Bluitt Jr., a government payroll clerk. Her parents divorced when she was a child, but, while living with her mother, Juliann remained close to her father, she said in an interview.

Growing up in segregated Washington, she attended a private school through the fourth grade, then switched to public schools, graduating from high school before enrolling at Howard. Along the way she took lessons in art, drama, piano and ballet.

She received her bachelor’s degree at Howard in zoology and decided to pursue dentistry there so that she could remain close to home, she said. After earning her dental degree she taught at Howard’s College of Dentistry for a year.

She married Robey McDonald in 1960, and the couple moved to Chicago, where she worked for a few years with the federal Head Start early-education program and at school-based dental clinics.

The marriage ended in divorce. In 1970 she married Roscoe Foster, an orthodontist. He died in 2014. She leaves no immediate survivors.

For 28 years, Dr. Bluitt Foster was a director of the Health Care Service Corporation, a customer-owned health insurer based in Chicago. She also served on advisory councils to the National Institutes of Health and was involved in philanthropic endeavors in Hilton Head.