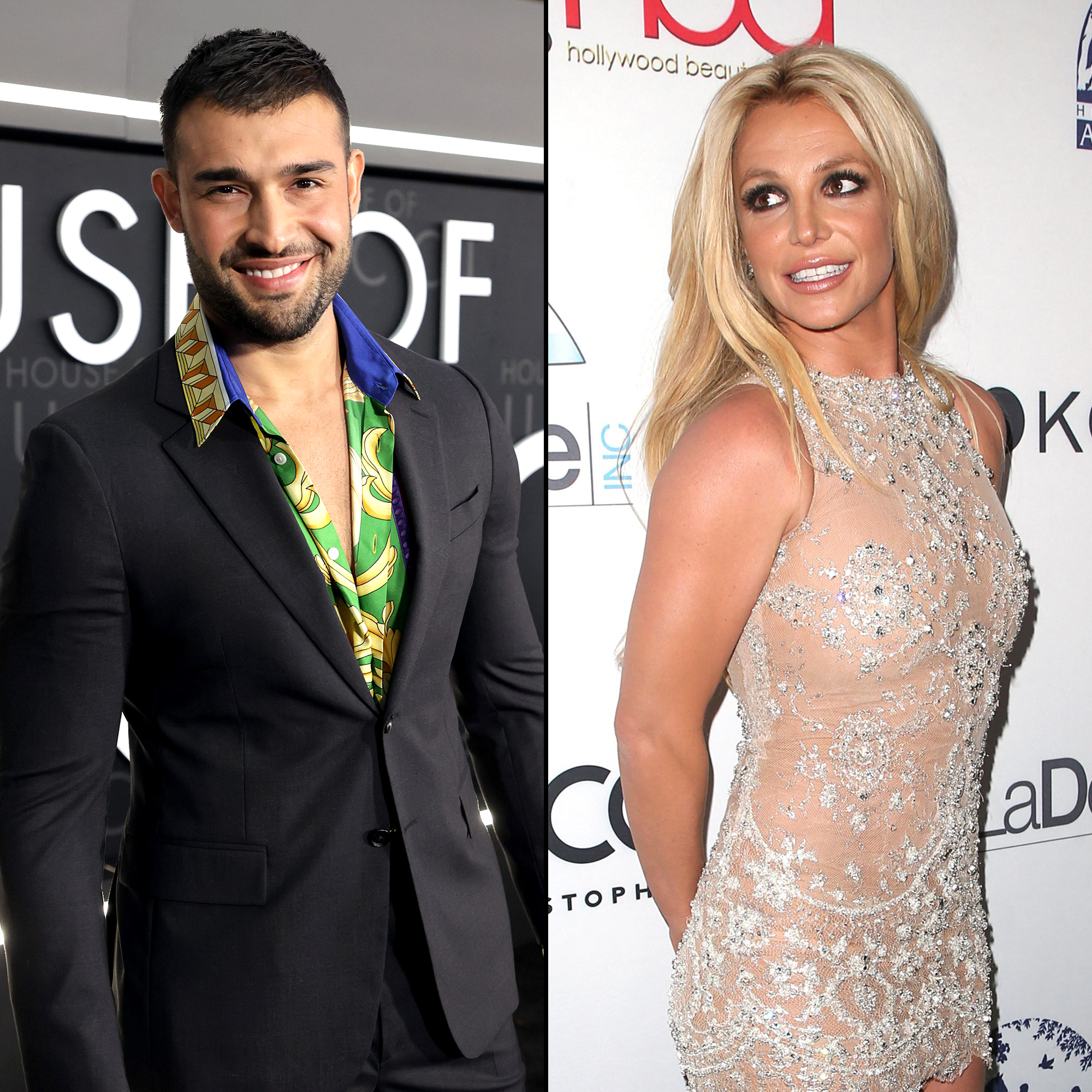 Keeping it real. Sam Asghari knows that his relationship with Britney Spears has immensely helped his acting career.

She’s So Lucky! Britney Spears Is Engaged to Sam Asghari

“I just want to thank her so much for putting me on the map as far as, you know, everything else that’s going on in my career,” the 27-year-old told Variety at the House of Gucci Los Angeles premiere on Thursday, November 18. “She helped me so much with that. Let’s be real. Let’s be real now, right?”

When Asghari and Spears, 39, met on the set of her “Slumber Party” music video in 2016, the Iran native hadn’t done much in Hollywood at the time aside from modeling and an appearance in Fifth Harmony‘s “Work From Home” music video.

Since the two started dating, he has scored guest roles on NCIS, Hacks and The Family Business. He also had a three-episode arc on Showtime’s Black Monday earlier this year. He’ll next be on the big screen opposite Mel Gibson and Shannen Doherty in the thriller Hot Seat.

“I just did a movie with Mel Gibson. It was amazing. It was an action movie. It was surreal to work with him,” Asghari told Entertainment Tonight while on Thursday’s red carpet. “I actually just texted him because he got a directing gig for the Lethal Weapon and I was like, ‘I’m gonna be in that movie, you better put me in that movie.’ So hopefully.”

Spears’ fiancé called his career as a trainer and fitness guru his version of a “waiter job” in an interview with the New York Times earlier this month. It helps pay the bills while he goes after his dream — though that’s another time-consuming profession, according to the Asghari Fitness founder.

“Acting is not necessarily just shooting TV shows and film,” he told the NYT. “Stunt choreography, coaching, auditioning — those are part of that. So that’s a full-time job.”

Asghari, who looks up to actors Hugh Jackman and Jason Statham, previously worked at a Best Buy and later as a sushi chef for quinceañeras before heading to Hollywood.

While Spears has not performed publicly since her Piece of Me concert residency in Las Vegas ended in 2017, she has no issue with Asghari being in the industry.

“She has been very supportive,” a source exclusively told Us Weekly in February.

Britney Spears and Sam Asghari: A Timeline of Their Relationship

Similarly, he’s been there for her throughout her legal struggles. The Can You Keep a Secret? actor said he’s thrilled that her conservatorship was terminated earlier this month. The adult guardianship began in 2008.

“I am so happy for her and I’ve been a backbone for her as much as I could, but this is all on her,” Asghari told Variety. “She’s been a rock. She inspires me.”