Kim Kardashian had an intimate conversation with Pete Davidson’s mom this past weekend, and HollywoodLife has EXCLUSIVELY learned what they talked about.

Kim Kardashian, 41, got the approval of the most important person in Pete Davidson‘s life —  his mother, Amy Waters, 52. This past weekend, Kim and Pete were spotted on another romantic date night, consisting of dinner and a movie. However, they also took a huge step in their relationship when they paid a visit to his mother’s house in Staten Island, New York. HollywoodLife has EXCLUSIVELY learned that their visit left a very “warm impression” on Kim, as the two women bonded over a conversation topic that isn’t usually discussed when breaking bread.

“Kim laughed a lot because his mom is really funny. She knows where he gets it from now, but they also had some intimate conversations. They talked about Kim and Pete’s late fathers. Both of their dads died in the month of September, two years apart from each other,” our source said, referring to the fact that Kim’s late father, Robert Kardashian died at age 59 in 2003 after battling cancer. Pete’s father, Scott Davidson — a former NYC firefighter — was tragically killed at age 33 during the attack on the World Trade Center in 2001. 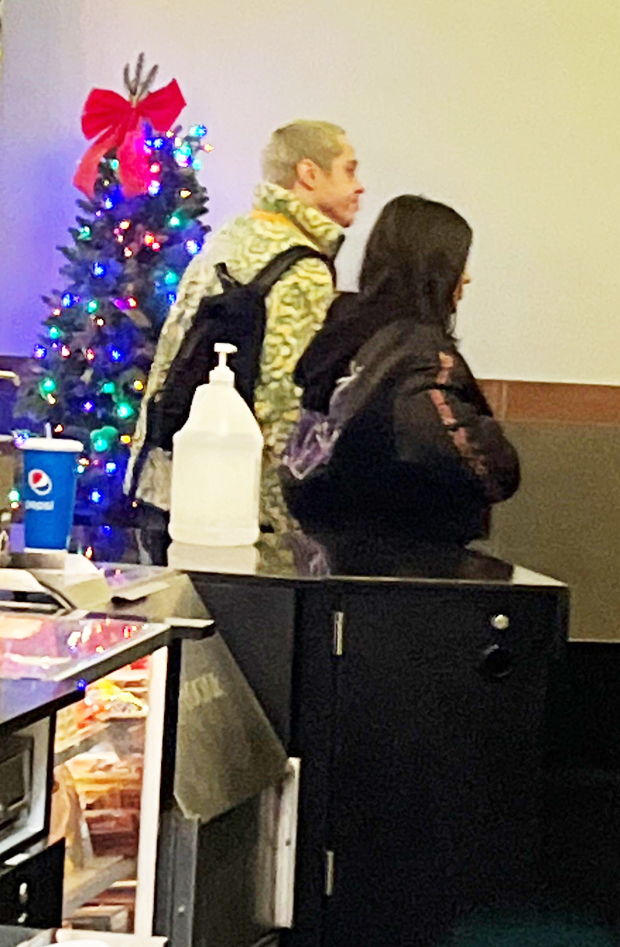 “Although it has been some time since they both passed, it is hard at Christmastime for her and for him because Christmas was always their father’s favorite holiday,” said our source, stating that they keep Pete’s late father’s memory alive all year round. “There are tons of photos of Pete as a child and a lot of photos of Pete with his dad. Kim wanted to see everything,” the insider said to HollywoodLife. 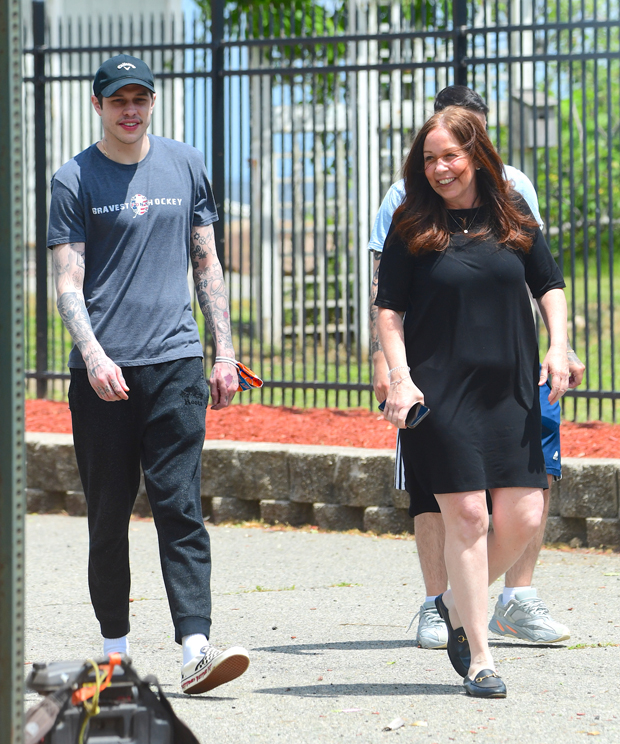 As those who follow the SNL star know, after purchasing a home for his mom in 2016, Pete lived with her and his sister, Cassie Davidson, 20. In his standup routines, he often jokes about living in his mom’s basement during the Covid-19 pandemic. In late 2020, however, Pete finally got his own pad — a $1.2 million condo located just miles from his mother’s home in Staten Island. Apparently, this was a huge draw for Kim, whose family bond has proven to be unbreakable. “It means so much to Kim that Pete is such a mama’s boy and that he would do anything for her,” our source said.