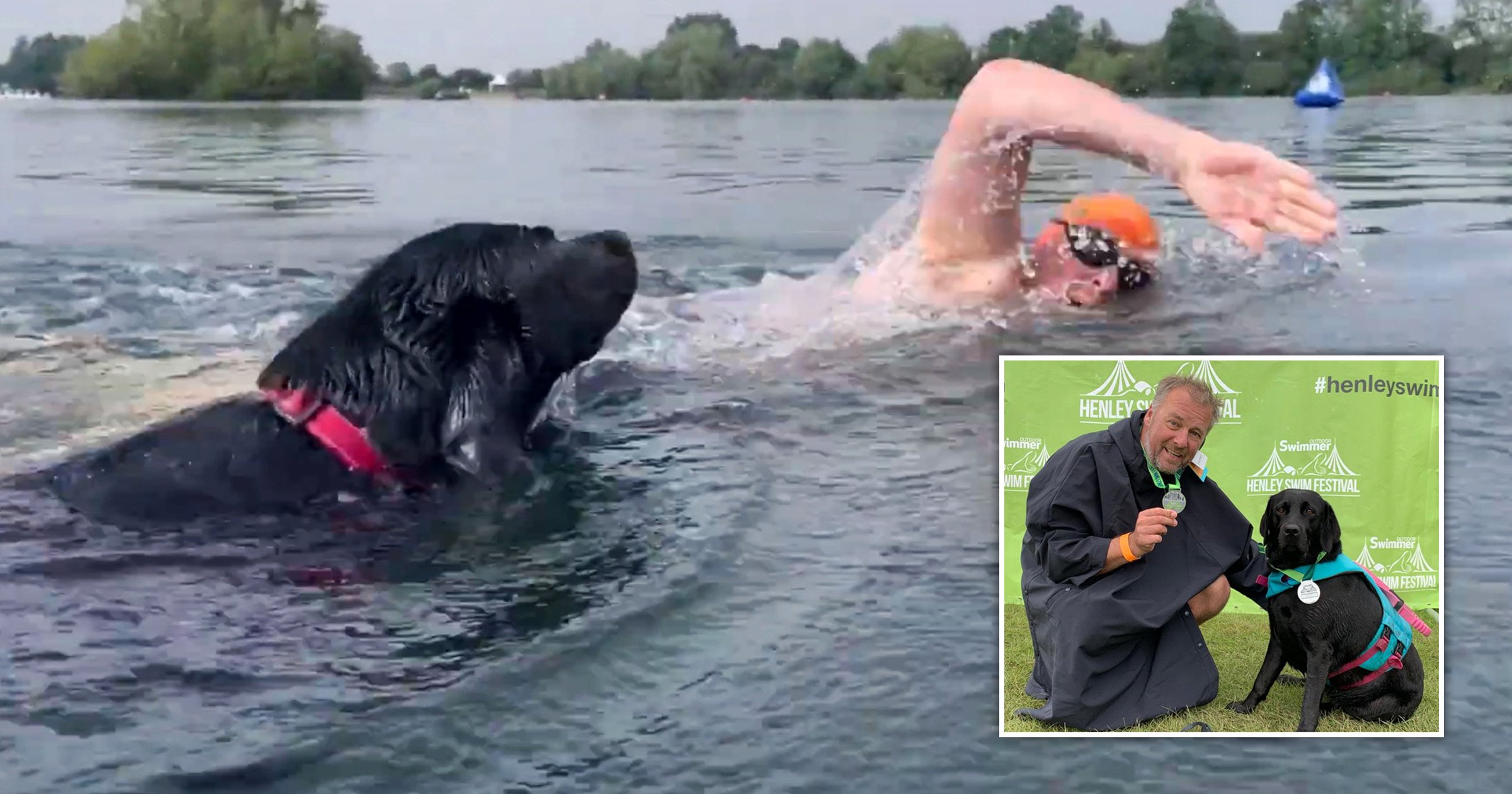 Poppy, five, and her human Bryan Avery, 54, have recently completed their third charity swim together.

She’s so proficient in the water that she even passed an Olympic swimmer.

Bryan said: ‘We’ve had Poppy since she was a puppy. As a family we absolutely love her, she’s my best friend and I’m very proud of her.

‘I used to dog sit her mum Berta and the owners said if she ever has a bitch with the same temperament would I like her. Of course, I said yes, and now I have this best friend to swim with.

‘She used to be really scared of the water, but then when she was one year old, we were out for a walk, and she saw another Labrador jump in. I’m an ultramarathon swimmer, so I thought I’d see how she was with me in the water.

‘We just started with 100/200-metre distances, and she managed to keep up with me which was so impressive. Now I can’t keep her out of there!

‘Everyone loves it when it’s Poppy’s time to swim, so much, so they chant her name. Unfortunately, that means she can go off course towards them and I have to steer her back.

‘Poppy is absolutely desperate to get in; she starts barking until I let go of her then charges in like a bull, and she’s off. Normally people don’t realise she’s going to swim, but she makes an entrance.’

Their latest charity swim was at the Henley Swim Festival to raise money for SwimTayka which was set up by Bryan and for which Poppy is the mascot.

The organisation helps runs programmes around the world that teaching children to swim, in a bid to help combat the alarming annual statistic of 360,000 global deaths from drowning.

Bryan said: ‘Poppy did amazing she managed the race in just 33 minutes and even managed to pass Olympic swimmer Catherine Patterson! She got lots of praise, everyone fussing her, calling her and chanting her name.

‘When she finished the first thing she did is run for a wee because she won’t do it in the water, and then she ran around everyone in the crowd.

‘Once she calmed herself down a bit, we got home, and it all hit her, so she slept for the rest of the day. A big sleep with all the noises and twitching.

‘I really am so proud of her. This is the third time Poppy has taken part, and we’re grateful to the organisers of Henley Swim Festival for allowing her to do so.’