Mel B revealed the Duchess of Cornwall sent her a handwritten letter to congratulate her for being awarded an MBE, during an appearance on ITV’s Lorraine.

The Spice Girl, 46, from Leeds, reflected on her recent accomplishments, including being given the opportunity to honour her late dad by becoming the ambassador of Caribbean island Nevis in an interview with host Lorraine.

The singer, who was awarded an MBE in the New Year Honours list for her work with domestic violence charity Women’s Aid, said she took a handwritten congratulations letter sent from the Duchess of Cornwall to his grave to read.

Mel B (pictured right) discussed her latest achievements in an interview with Lorraine (pictured left), as she revealed the Duchess of Cornwall wrote her a letter

Mel said: ‘I was at Clarence House. She wrote me a handwritten letter congratulating me on my MBE and she’s also working with survivors and bring awareness to domestic abuse.

‘We had a lovely chat. It’s all just a bit unbelievable and it’s quite overwhelming to be in that position from something so dark.

‘I’m glad that it’s being recognized and talked about now, so I’ve done my bit and I won’t stop.’

Mel also praised Camilla for her own work on raising awareness of domestic abuse.

Reflecting on her father, she added: ‘When I did get the letter about my MBE I took it straight to my dad’s grave and read it out to him.’

Having lost her dad Martin Brown five years ago, Mel B admitted she was ’emotional and nervous’ to talk about her role as an ambassador for his homeland. 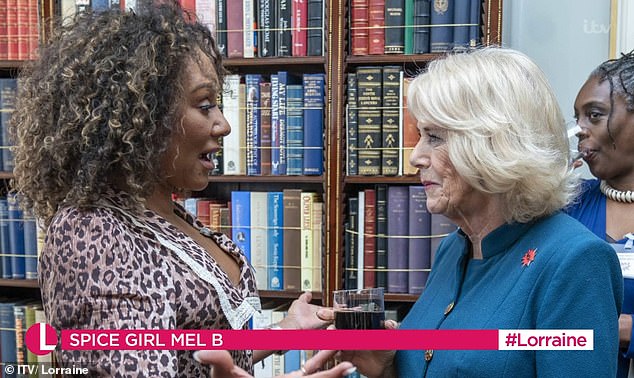 Lorraine began the segment by reassuring Mel that being an ambassador for Nevis is a ‘lovely thing to do’ and that it means a lot because of her dad.

Mel said: ‘My dad passed five years ago. My dad was born and raised in Nevis, that’s my heritage.

‘Being asked to be an ambassador I’m like “Oh yes, why didn’t this happen earlier?”. I do actually have a great-grandmother who lived until 107 from Nevis.

‘We were all there for her funeral in Nevis. It’s just a beautiful place, so I love to spread the good word about my country, my place.’

Lorraine told Mel her father would’ve been ‘proud’, before adding that she just discovered Alexander Hamilton from the musical Hamilton is from Nevis.

‘Yes, I didn’t even know that and I’ve seen the show about ten or twelve times. It’s such a special place,’ Mel said.

‘I want to share the beauty of Nevis and hopefully highlight enough that we can get more tourism there because it is an untouched rural place.

‘It’s a really tiny island. I think Princess Di used to holiday there. It’s really private, cool and lovely. That’s where I’m from. 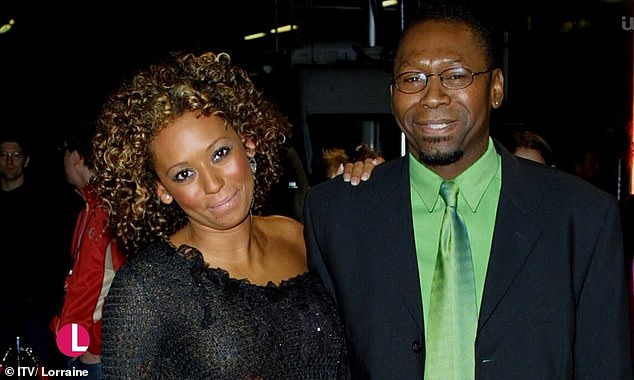 Mel said she took the letter Camilla wrote her to read at her father’s grave, after his passive five years ago. Pictured: Mel with her dad Martin Brown

‘I’m getting all emotional and nervous talking about it. It does mean a lot to me.’

Lorraine explained that Mel has lot’s of titles after her name because she’s an ambassador and has an MBE.

She congratulated the singer for being awarded based on her work for Women’s Aid.

Mel said: ‘To get an MBE for that work. I was in a 10 year marriage and I wrote my book about it. I’m a survivor.

‘To be made a patron of Women’s Aid and ambassador of Nevis and then have an MBE it’s all pretty crazy but amazing and beautiful.’

Lorraine explained how the protocols work when officially being given an MBE, before advising Mel to ask Victoria Beckham to get her a ‘fantastic’ outfit for the occasion.

Mel said she has already spoken to Victoria about dressing she and her mum, as Lorraine joked ‘maybe not something from the Spice Girls days’.

The presenter added that it would be ‘lovely’ to see the group perform for the Queen’s jubilee. 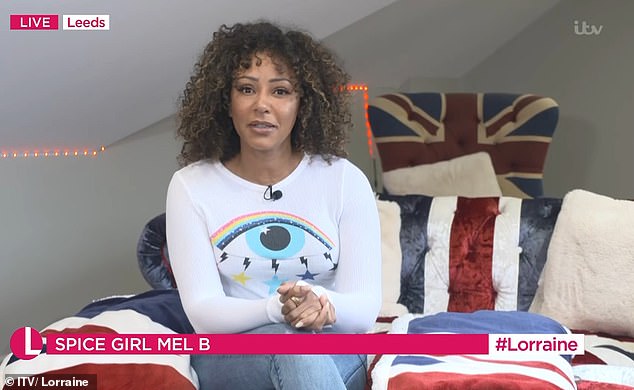 She spoke about bringing her mum to the ceremony, saying: ‘I don’t know who’s more nervous.

‘My mum is already panicking about it. She will relieve my nerves and make me laugh.’

Viewers took to Twitter to congratulate Mel on her latest achievements, with one writing: ‘Watching #Lorraine interview with the always herself and beautiful @OfficialMelB

‘Congrats Mel B on your MBE, we are all proud of your work against domestic abuse and truly deserving of this MBE.’

Another said: ‘Congratulations on @OfficialMelB on her MBE award. She’s on Lorraine this morning and she’s so proud of it. She’s also honouring her late father as being an ambassador for the country of Nevis in the Caribbean, her father was born & raised in Nevis. It’s such a beautiful island.’