Melania Trump wore a navy and white suit skirt look for her visit to the UK today. First Lady Melania Trump wore a Dolce & Gabbana dress and a matching Hervé Pierre hat. The skirt suit cost £650 and she accessorised by adding Manolo Blahnik heels. She appeared to have been inspired by a number of classic looks worn by Princess Diana.

Diana wore a series of white and navy skirt suits in the 80s and 90s.

Many chimed in on Melania’s look on Twitter. One said: “Stunning as always, the white dress she wore at the welcome was just marvellous.”

Another wrote: “Here, Melania is wearing a white and midnight blue dress and hat combo, inspired by ‘My Fair Lady’ and designed by Dolce and Gabbana.

“I see a bit of Diana in that beautiful dress and hat. The hat slightly tilted Love the French twist on @FLOTUS,” another said.

The look was also likened to Audrey Hepburn’s race day look in my My Fair Lady, and even Kate Winslet in Titanic. 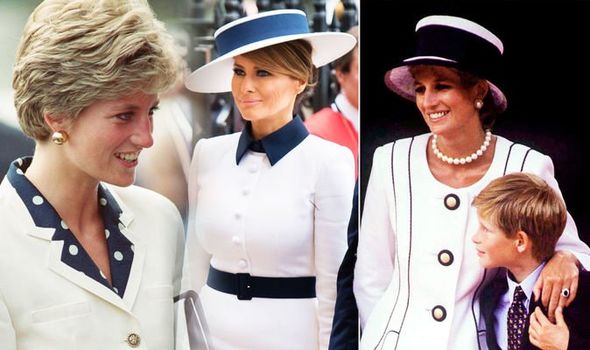 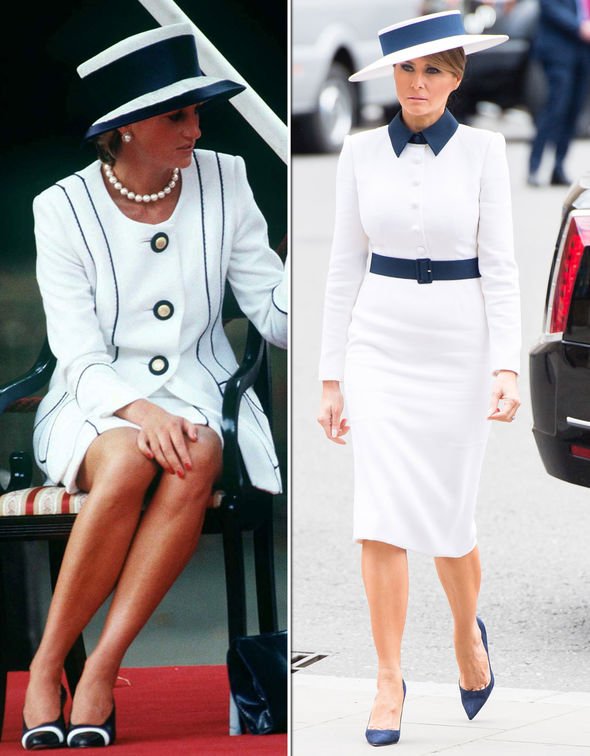 However, not everyone was a fan. One wrote: “Too tight. She needs a size larger and it would look much better, more appropriate. But the dress itself is perfect.”

Melania and Donald Trump had lunch with the royals in Buckingham Palace today.

They were seen walking across the lawn at the historic building with Camilla, Duchess of Cornwall, and Prince Charles.

Camilla also wore a white dress, and held a small cream clutch bag in her hands, which were covered by cream leather gloves.

Earlier today, Melania arrived in London in a £650 Burberry blouse – but sadly her outfit was savaged on Twitter, with many comparing her to an flight attendant. 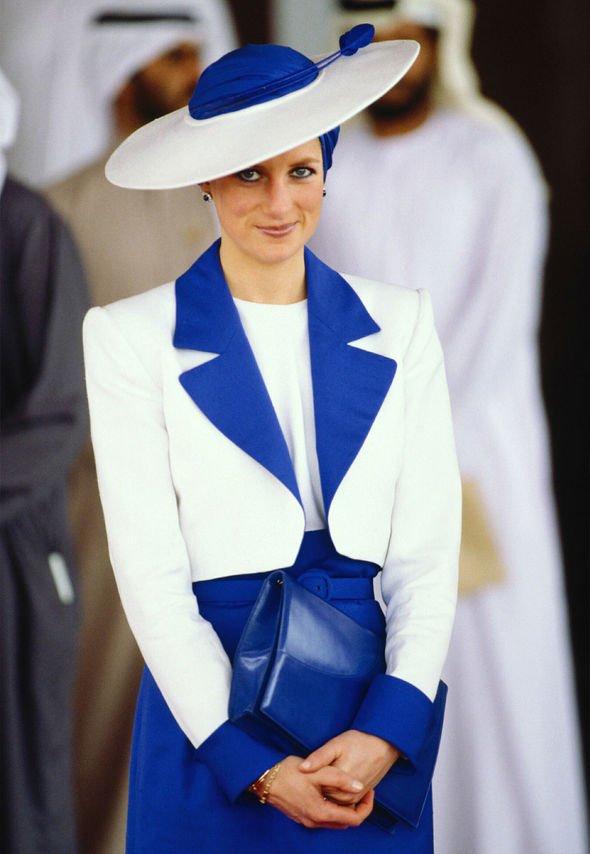 The senior advisor to the president wore an 80s style garment with a large decorative belt buckle.

The outfit had voluminous sleeves and a pleated peplum over a full skirt with slightly smaller pleats.

Ivanka Trump’s dress was from Alessandra Rich and costs £855.