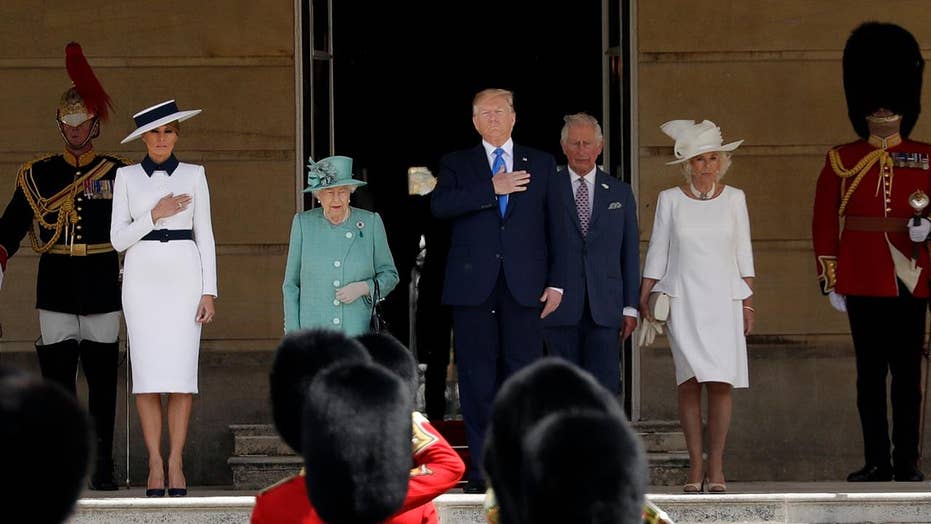 Trump meets with royal family at Buckingham Palace ahead of talks on trade, Brexit

The president arrives in the U.K. to discuss trade and shared economic interests; Kevin Corke reports.

Melania Trump appeared to be channeling royal styles with her latest look.

The first lady arrived at Buckingham Palace on Monday in a couture Dolce & Gabbana long-sleeve dress with a dark blue collar and belt, along with a matching Hervé Pierre hat.

The look immediately drew comparisons to a similar style sported by Princess Diana in 1995, as well as a Givenchy dress-and-hat combo worn by Duchess Meghan in June 2018. 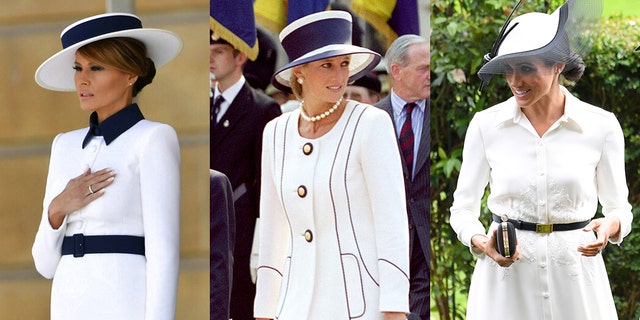 Fashionistas were quick to approve of the outfit on Twitter, with some saying they “love” the look, and one declaring FLOTUS the winner in a “battle of the hats” with Prince Charles’ wife Camilla.

The admiration also appeared to cross party lines — at least in some cases — as a few of President Trump and the First Lady's critics even admitted to their fondness for the style.

Many, meanwhile, noted the similarities to Princess Diana’s wardrobe, specifically an outfit she wore during an appearance at the V-J Day festivities in 1995, which was reportedly designed by Tomasz Starzewski.

Outlets such as Yahoo also saw similarities between Trump’s dress and Duchess Meghan’s at the Royal Ascot last year, while Daily Mail and Today compared the look to one of Eliza Doolittle’s from “My Fair Lady.”