Now that Season 11 of ‘RHONJ’ is coming to a close, Melissa Gorga is looking to the future and she wants an OG to rejoin the cast next season.

Caroline Manzo, 59, is wanted back on The Real Housewives of New Jersey. The OG star may have willingly left the show after Season 5, but Melissa Gorga, 42, tells HollywoodLife EXCLUSIVELY that it may be time to bring her back.

We’ll admit it — we miss a lot of the OGs from all the Real Housewives franchises, so we almost never get through an interview with one of Bravo’s stars without asking who they’d like to see return to their respective shows. And when we asked Melissa, she had a very interesting response. 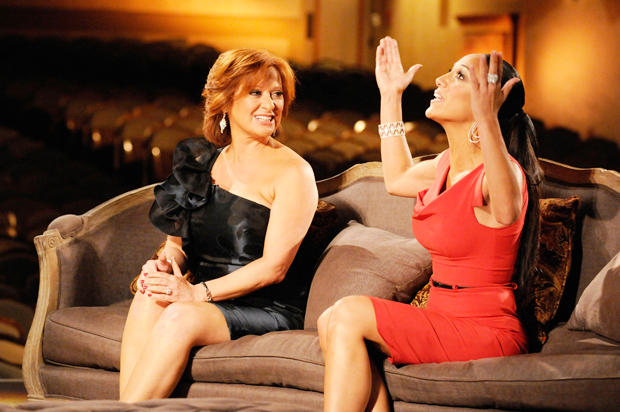 “I always just say that the only one [I’d like to see return] — if I had to pick somebody — would be Caroline Manzo,” she said. “I just, I really loved her and her family. I just thought they were funny and they were great and Caroline’s like a voice of reason. I always loved the Manzos.”

While we certainly love her response, it’s also an interesting one given the fact that Teresa strongly dislikes Caroline, who’s currently in the news for supporting sister Dina Manzo‘s troubled ex-husband. Not only have Teresa and Caroline feuded for years, but Teresa went as far as accusing Caroline of calling the feds on her and her ex-husband, Joe Giudice. Which, if you ask us, is all the more reason to bring her back. We. Need. This. Drama.

Anyway, Season 12 is set to start filming early next month, so there’s only a limited amount of time for producers to see this and take action. But even if they don’t, we’ll still hold out hope for Caroline to return in the near future. After all, she almost came back at the start of Season 10. She previously revealed that Bravo asked her to return as a “friend of”, and she declined their “insulting” offer, as she said, she’s worth much more than that.

Part 2 of The Real Housewives of New Jersey reunion airs later this evening, May 26, at 9pm on Bravo.