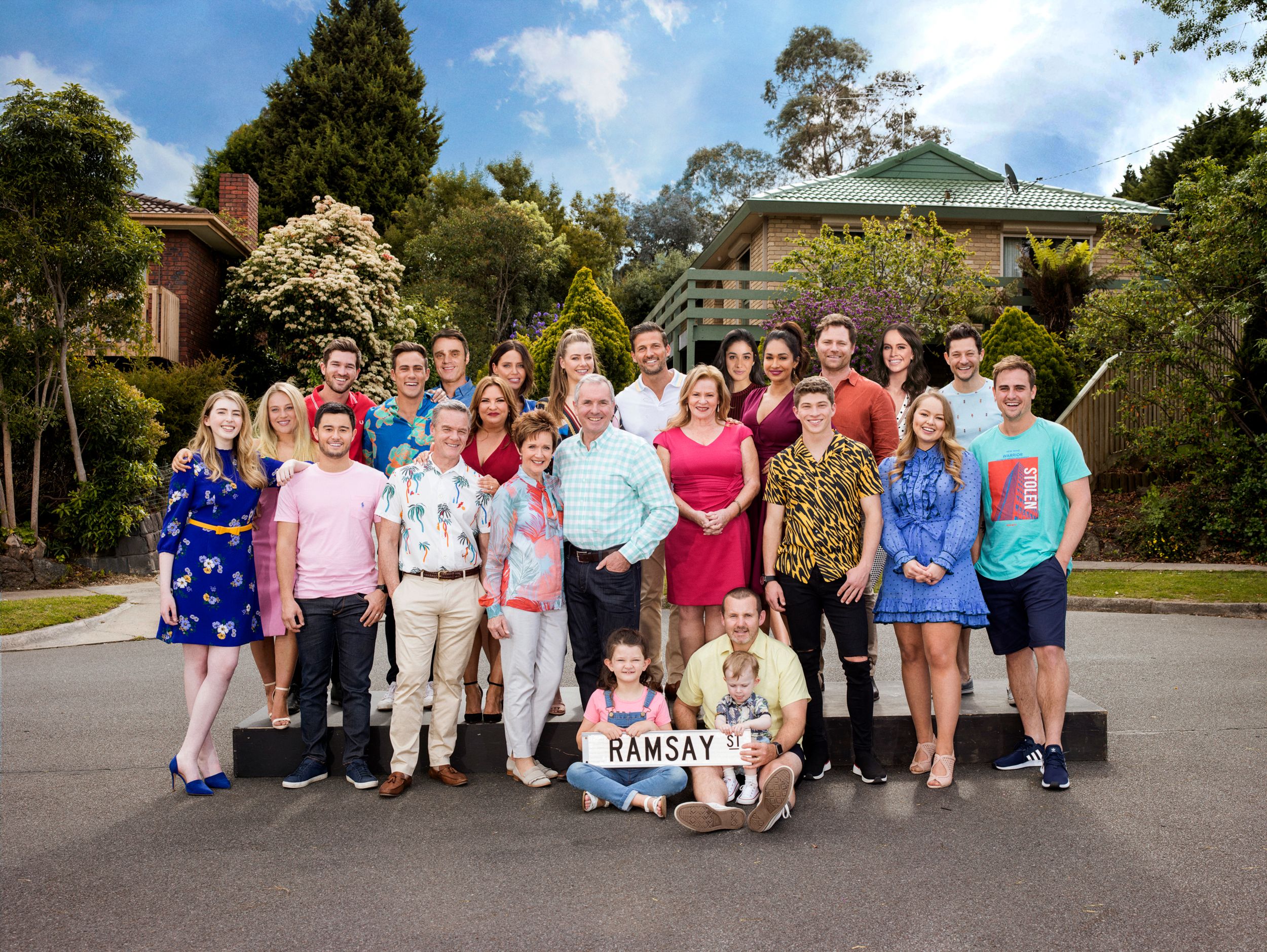 Neighbours is currently in the middle of planning a UK theatre tour ahead of the soap’s axing in August.

Beginning in March next year, the tour will celebrate the soap being on our screens for nearly 40 years.

A special Live in Conversation show was originally planned for Neighbours’ 35th anniversary but, just like many other events, it was put on hold due to the Coronavirus pandemic.

Now, according to Digital Spy, it’s understood the show has been altered to coincide with the soap’s cancellation.

The tour is expected to visit Manchester, Birmingham, Brighton, Southampton, Glasgow, Edinburgh, and Cardiff, with production company Fremantle Media and Maple Tree Entertainment, a live events business, working together to create the show.

Last week, we exclusively revealed Australian acting royalty Guy Pearce would be returning to Neighbours to reprise his role as Mike Young.

Guy Pearce, said: “It is very exciting and surreal at the same time being back on set again, however it feels like coming home.

‘It’s where it all started for me professionally.  I’ve been asked to come back on occasions over the years and wondered if it was the right thing to do, but once I knew the show was finishing, I knew I had to do it.

‘While I’ve caught up with many of the cast I worked with on the show over the years, there is nothing like being here all together again.’

Neighbours’ final ever episode will air on August 1.