IF you’re a driver on the roads today, you’d be wise to consider a dash cam. While not deemed essential, they are incredibly useful tools for recording any potential incidents, as well as to capture any damage – whether through parking bumps or theft – to your vehicle. But not all dash cams are equal.

Some may claim to produce high quality video recordings, but play them back and you’ll often be left disappointed. Which is where companies like Nextbase come in.

The British brand specialises in them, working with impressive sensors and lenses to pump out up to 4K resolution, in the case of the 622GW model.

This, the slightly less powerful 522GW makes do with 1440p, but it’s significantly cheaper and still packs a heft punch. But is it worth it?

A solid mid-performer packed with features many of its competitors lack. Its impressive video capabilities can record 1440p at 30 frames per second, or 1080p at 60 frames per second, giving plenty of versatility depending on the weather and time of day.

It also boasts many of the features of its more expensive, top of the line sibling, the 622GW. These include Alexa voice commands; an Emergency SOS feature which automatically shares your location if a collision is detected and the driver is unconscious; GPS speed and location; a 3 inch HD touch screen as well as Nextbase’s unique smart mounting system.

The major downside of this cam vs the 622GW is the lack of 4K, but apart from that it’s virtually as good as any other cam out there. If you can’t quite stretch to the 622GW, this is the next best thing.

If you’re looking for a dash cam, chances are you want good image quality above anything else.

In short, the Nextbase 522GW offers that and more. 1440p resolution is plenty for most scenarios, delivering plenty of detail and a good even contrast across the entire frame in well lit and overcast days.

Watch a playback of the 522GW’s video recordings and you’ll likely be very impressed. There is only slight vignetting, and while 30fps isn’t the fastest out there, in that setting the detail you’ll find in the resolution will likely make up for it.

Zoom in to a paused 1440p frame and 9 times out of 10, number plates and road signs will be able to be made out. It won’t have the crisp detail of a 4K frame, but it’s usable enough. For darker scenes and more overcast days it might be worth considering the 1080p mode which records at 60 frames per second.

What you lose in resolution you’ll gain in being able to pause and play scenes with very little motion blur. That said, there are times when dimly lit scenes are quite grainy and darker than ideal, regardless of which mode you’re in.

This is the downside of this camera vs the 622GW. The latter’s 4K resolution can keep it out of trouble during dark night scenes, whereas this one struggles a bit more. 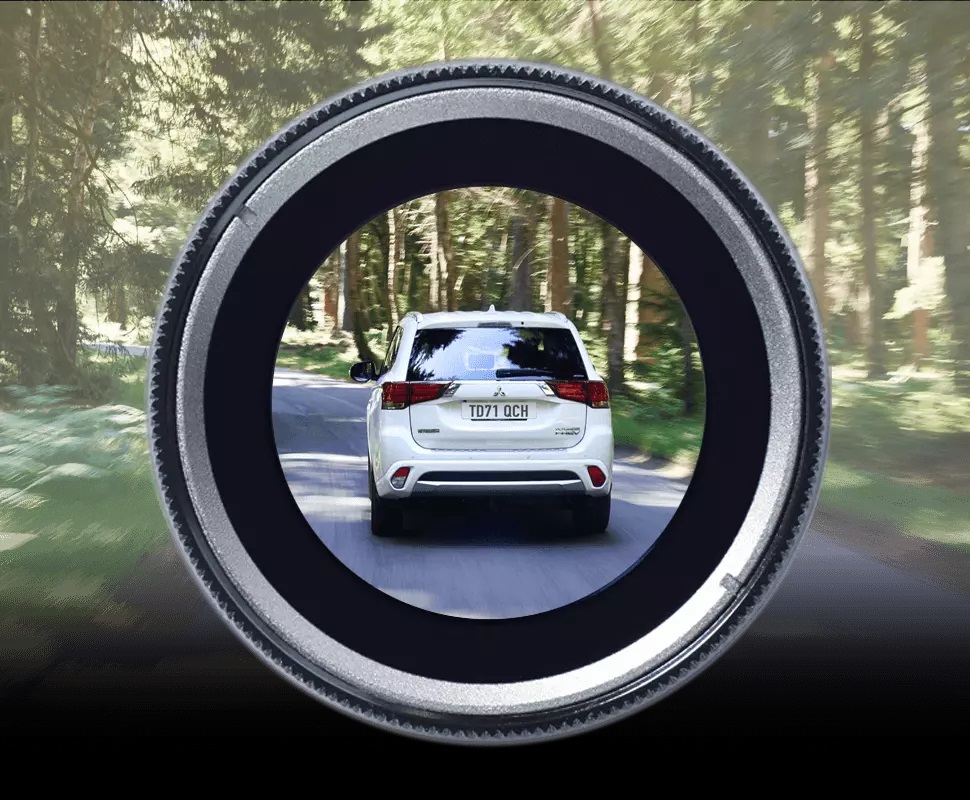 Still though, vs much of the competition the 522GW performs admirably, especially considering the price point versus its more expensive cousin.

While it does lack 4K, it does share many of the features of the 622GW. Perhaps most impressively, this includes the built in polarising filter, which does an excellent job at reducing glare and reflections.

It has a handy rotating bezel right at the front of the lens too, so you can twist it round to find the sweet spot on particularly bright and sunny days.

The 522GW also has Alexa built in, so you can ask it about the weather or for directions, which can be helpful, plus it shares the same phone connectivity allowing for easy playback wherever you are. GPS is included too, so every recording includes details such as the time and day, the exact coordinates of where you are as well as your speed.

This is all essential information should you be involved in an accident, but it’s also fun to play around with and adds to the impact of impressive driving roads or cool routes you happen to be on. The 522GW can be used like a GoPro in that sense, and if you have a big road trip coming up it will do an admirable job at recording the events that unfold. But the lack of image stabilisation will mean bumps and potholes will affect the quality of the video.

On the whole, when you consider the amount of features this dash cam has, it makes for an intriguing proposition.

Yes it lacks the true 4K capabilities of the more expensive 622GW, but 1440p is enough in most scenarios, and delivers crisp, high quality video for the majority of the time.

The 522GW has virtually the exact same look and feel of the 622GW, which is a complement as that’s a quality bit of kit. But the fact it also shares the same 3 inch touchscreen, as well as the Alexa and phone connectivity as well as the built in polarising filter, makes it somewhat of a steal.

For that reason we’d recommend it above the 622GW, especially because it’s £100 cheaper at £169.99. The downsides are the lack of 4K, a slower frame rate and no image stabilisation. But, if you can make do without that, this is the way to go. 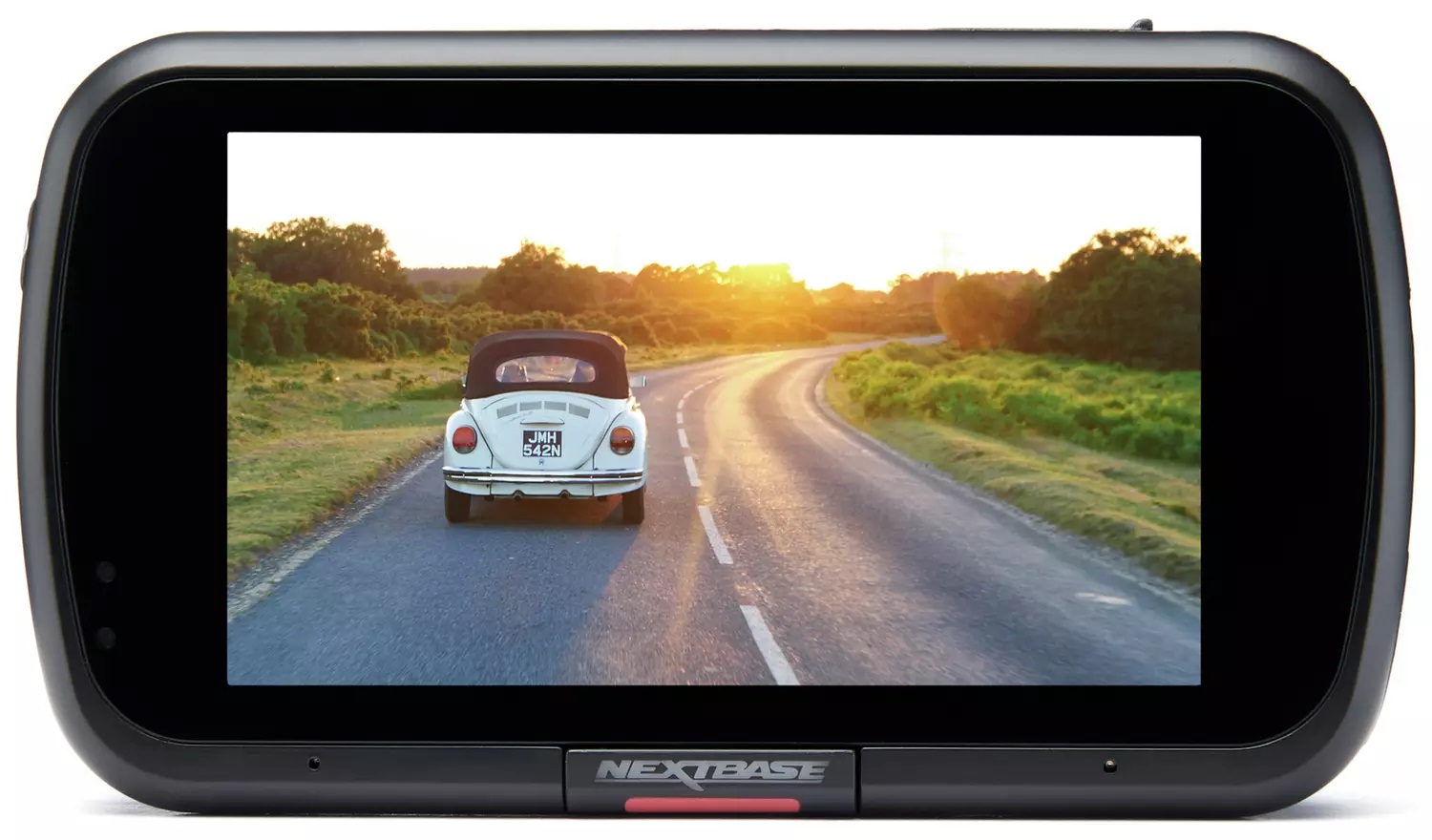 Is the Nextbase 522GW good value for money?

The video quality is still ahead of most of the competition, which is the most important thing after all. If you don’t need 4K, this is the camera to go for.

Where to buy the Nextbase 522GW

Amazon, Argos, Currys, Halfords, and Nextbase all stock the Nextbase 522GW, and you can check out Sun Vouchers to see if you can find a good discount.

Discover more top deals and savings at your favourite tech retailers by heading to Sun Vouchers. Sun Vouchers is the one-stop shop where you can find hundreds of discounts codes for top chains including Currys, Argos, AliExpress and more.