On Sunday, “Succession” star Nicholas Braun posted a video of himself digesting the news of Kim Kardashian’s divorce from Kanye West, telling the mother of four on Instagram, “It’s all about meeting new people.”

“It hurts to think about how they’re feeling and how she’s feeling, I mean I’m wondering at this point, where do they even go from here? Where does she go from … at this moment,” the 32-year-old actor said in the nearly three-minute clip.

“Cause she’s been through three marriages now, and it’s like are you willing to even take a shot on a new guy at this point? Would you be down to meet a new person, totally just kind of different guy? ” Braun continued.

On Friday, Kardashian, 40, filed for divorce from West, 41, after seven years of marriage. Prior to their union, Kardashian was married to music producer Damon Thomas from 2000 to 2004. She later wed basketball player Kris Humphries in 2011 and filed for divorce 72 days later. Their divorce was finalized in 2013.

Braun, known to many as Cousin Greg on the HBO drama series, also suggested the kind of man Kardashian could potentially date next.

“One who can make you laugh a little bit, or make you feel small cause he’s so tall,” the 6-foot-6 star said. 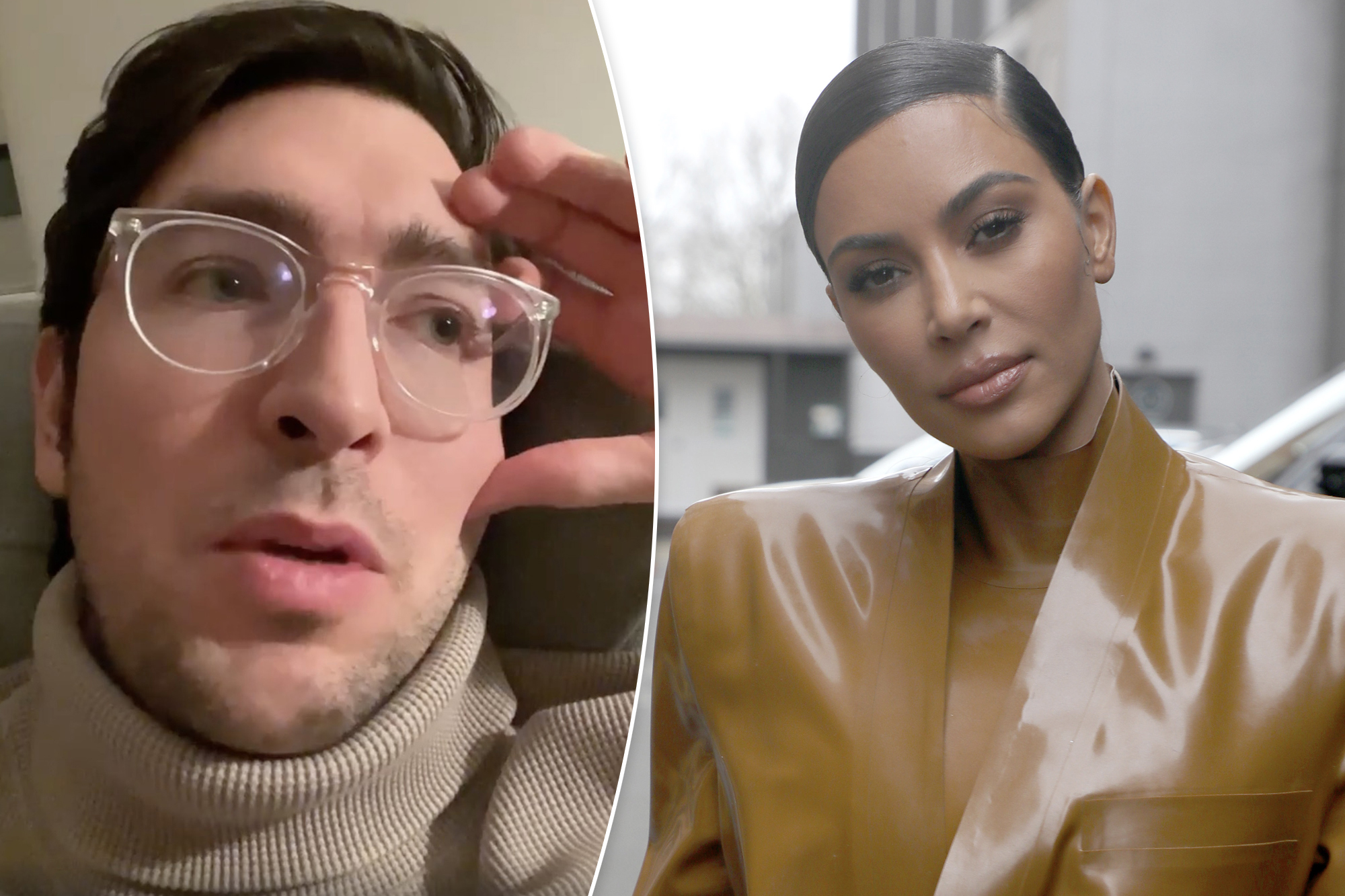 “Just a guy who’s talking about her on the internet. A guy who makes a video like this and he’s sort of like trying to find a way to just talk to her because he doesn’t know anybody who knows her,” Braun continued, adding he’s hopeful the clip could land in Kardashian’s orbit.

Braun also theorized Kardashian could possibly think, “Hmm, this is kind of different. This guy is odd, but maybe in a good way.”

In response to the video post, some of Braun’s famous friends rallied behind the star.

“She’d be absolutely insane to pass up this opportunity,” actor Christopher Mintz-Plasse commented.

“Give her a little time… she’ll come around,” Lili Reinhart posted.

Perhaps Kardashian is a “Succession” fan?