In a perfect world, you would go everywhere with your pup. You would spend your weekends in the summer, soaking up the sun with your true BFF in the middle of Central Park. You would watch them chase after the butterflies, a frisbee, or a paper napkin that happened to catch some air. Life would feel like total bliss, because you wouldn’t have to worry about work, going back to school, or your "real world" responsibilities. Those sweet moments in the park would be relaxing, refreshing, and let you scope out the aesthetically-pleasing eateries and sights in the city on social media. Have you heard of Ollie’s Ice Cream + Stuff in Bushwick? I sure hope so, because it’s made for you, your pup, and capturing the cutest Instagram pics.

TBH, any picture in your camera roll that stars your puppy is straight-up adorable. Their tongue is usually hanging out of their mouth, because they’re running back to you after chasing their favorite ball. Sometimes, they’re laying on the floor of your apartment’s kitchen, patiently waiting for a bite of your snack or a lick of peanut butter from the cabinet. In the summertime, they might pose for you in a pair of heart-shaped sunglasses or on top of your bed, with your knit blankets and their toys.

Like you, their summer is spent trying to soak up the sun, but also beat the heat. They don’t like riding the sticky subways much, and are so over the struggling air conditioners in your building. That’s why a chill spot like this ice cream parlor in Bushwick, is so pawesome. It gets you two out of the house for an afternoon, to enjoy a sweet treat in a place that welcomes dogs and their human beings. Let’s get into the details, shall we?

What’s the scoop on Ollie’s Ice Cream + Stuff in Bushwick? 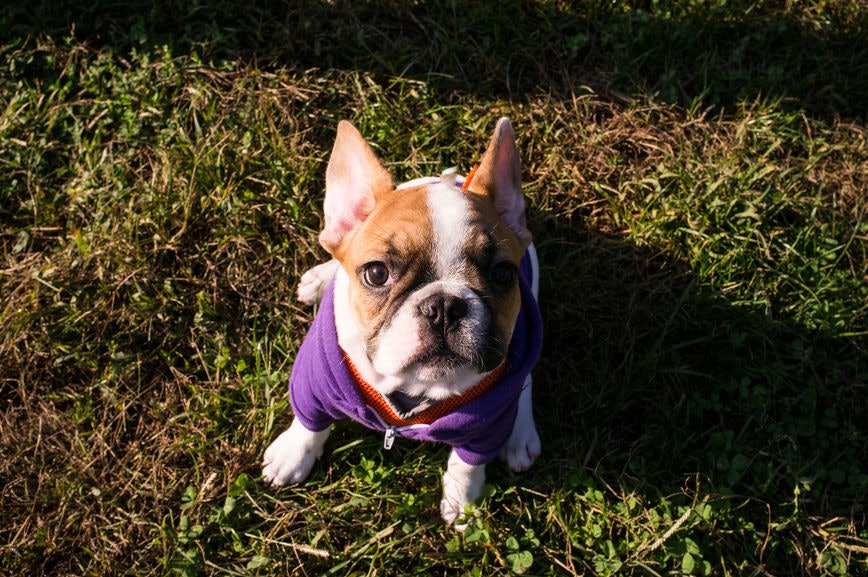 According to Bushwick Daily, Ollie’s Ice Cream + Stuff is the first of its kind in Brooklyn, New York. It’s the first place to serve these sweet treats to dogs and humans, making it a must on your summer bucket list. The parlor is located near Maria Hernandez Park at 158 Irving Ave. It’s founded and owned by Eric Kyriakopoulos, who is a Long Island native and been living in the Bushwick area for quite some time now.

Kyriakopoulos told Bushwick Daily in an interview that he noticed there was a need in the neighborhood for places where you can chill and grab a scoop. “Me and my girlfriend love ice cream and dessert," he told Bushwick Daily. "And not many places have ice cream, and we end up going to the supermarket anyway.” So, he learned how to make dog-friendly ice cream flavors and opened up his own spot with an exciting menu. (I don’t know about you, but I think that deserves a hefty round of applause. *Cue the claps.*)

The best part of this eatery? It’s totally Instagram-worthy. With one glance at Ollie’s Ice Cream + Stuff’s account, you’ll notice the colorful and artistic walls that almost look like a comic strip and neon signs that say, "Life sucks, ice cream helps." You can see owners and their pups licking up their treats, from the comfort of the front steps or tables inside. It looks so welcoming, and makes me want to try one of the flavors for myself.

What flavors of ice cream can you and your pup expect? 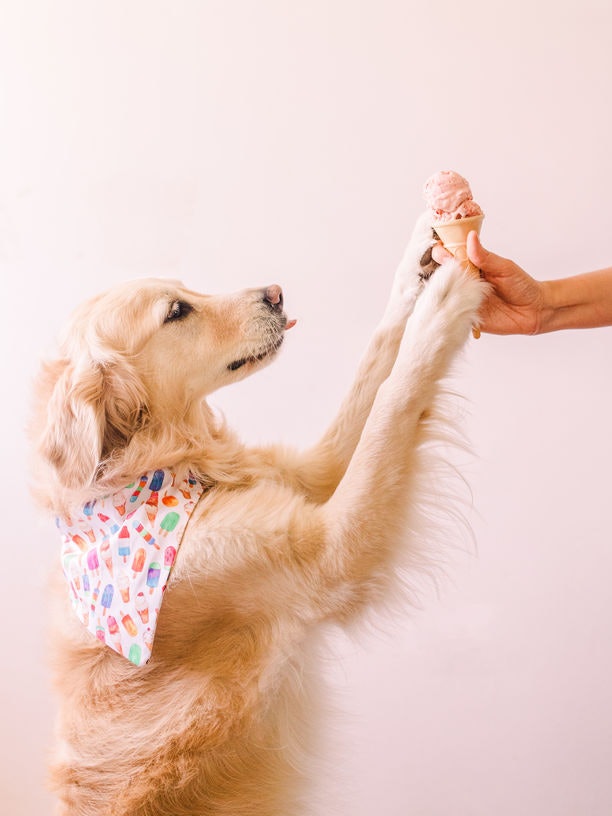 Let’s paws a moment and talk about the dog-friendly dish that’s on the menu, made by Kyriakopoulos. According to Time Out New York, "Peanut Butter Pumpkin Butt" is made of pumpkin puree and peanut butter, which is combined with cashew yogurt. Your dog will love it instantly, because it’ll smell and look like the spoonfuls of peanut butter you give them at home.

Next to your pup, you may enjoy one (or a few) of the flavors that are made for humans, provided by other local ice cream makers, according to Time Out New York. These sweet treats include: midnight mint chocolate chip, nitro cold brew, sea salt caramel, green tea, and more. You may opt for a sorbet that mixes the tones of raspberry and lime, or a vegan and non-dairy item like the coconut-flavored ice cream.

I think that no matter what time of the year it is, your pup will walk in and say, "This is pawsibly the sweetest place I’ve been to in a while!"

How can you keep up-to-date on this ice cream parlor for dogs and their humans? 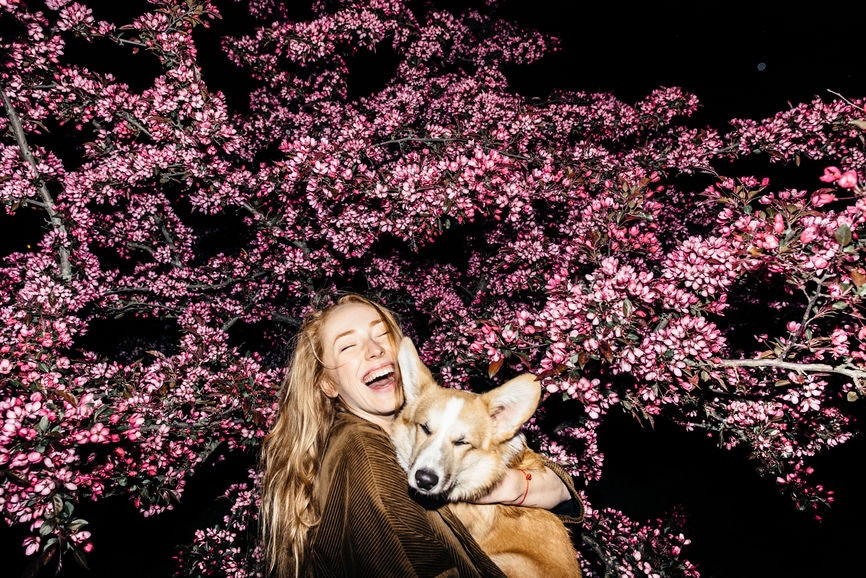 Keeping up-to-date with this ice cream parlor for dogs and their humans is fairly simple thanks to social media. You just have to follow Ollie’s Ice Cream + Stuff on Instagram, and maybe turn on your post notifications for this account. Every picture will show pups and their favorite people enjoying sweet treats and the beauty of summertime. In addition, the account’s bio will give you all the information you need to know about their hours.

As of right now, this parlor is closed on Mondays, open Tuesday through Friday from 2 p.m. to 10 p.m., and open on Saturday and Sunday from 12 p.m. to 10 p.m. I would highly suggest making some room in your busy schedule to stop by, even if you don’t live in the Bushwick area. Of course, bring your pup along for the adventure and a lick of peanut butter goodness. You’ll take their entire world to the next level, and give them a taste of true bliss.