It might not be a new year yet, but Patrick Schwarzenegger is already debuting new hair.

On Thursday, the 28-year-old actor revealed on Instagram that he ditched his brunette hair for platinum blond.

“Switch up” he wrote on Instagram Stories, captioning a video of hairstylist Sierra Kener washing his freshly dyed strands.

He also showed off the dramatically different ‘do from multiple angles, captioning the clip, “Moms gonna kill me.”

“Not unless i get my hands on you first,” his sister Katherine Schwarzenegger replied to his post, which came shortly after news broke that she’s expecting her second child with Chris Pratt.

It seems Patrick had nothing to worry about, as his mother, Maria Shriver, commented, “you look great with any hair color ❤️.”

Others were more concerned with his father Arnold Schwarzenegger’s take on the transformation, however, with one writing, “What does your dad have to say about this?”

Many of the model’s followers were supportive of the new style, with one dubbing him “The new Brad Pitt!!” while another added, “You’re the 90s boy band lead singer we all deserve bro.”

“Trying to swoop Kim from Pete,” a third chimed in, comparing the icy new look to Pete Davidson’s similar style. 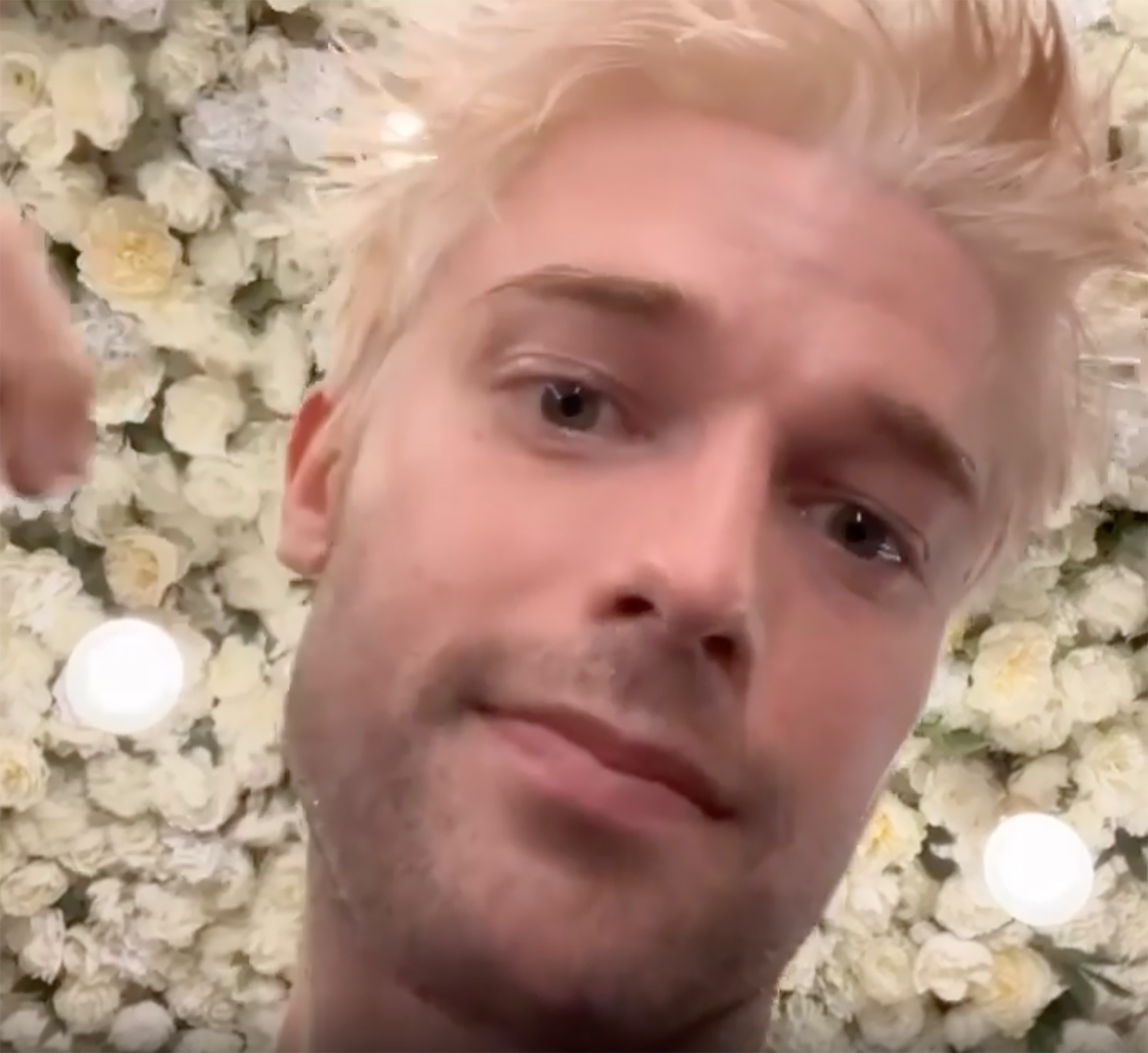 Not everyone was a fan of the platinum hue, however, with one Instagram user commenting, “Not a good look for you. Mom should be angry.”

Her criticism didn’t go unnoticed by Schwarzenegger, as he posted a screenshot of the comment on his Instagram Story on Friday, writing in response, “Thank you Moira.”