A 32-year-old mum who is weeks away from becoming a grandma says she is always told she looks ‘far too young to be a nanna’.

Shannon, from West Bromwich, who had her daughter at 16, is expecting her 16-year-old to give birth to a baby boy very soon.

‘Everyone says that to me – you’re too young to be a nan!’ she said in a TikTok video, before adding ‘it is what it is’ and that she is determined to be the best grandmother she can be.

However, Shannon is by no means the UK’s youngest grandmother. That title goes to Kelly Healey who was only 30 when her teenage daughter Skye Salter gave birth to Bailey, now four, in August 2018.

In one video on TikTok, the caring mum said: ‘She is still my baby, as much as she is having a baby herself now.’

‘[I have] bought her everything for the baby, because she hasn’t had her own income or anything like that, so we have all provided.

‘That’s all I can do, is just to support and be there for her, which I have.’ 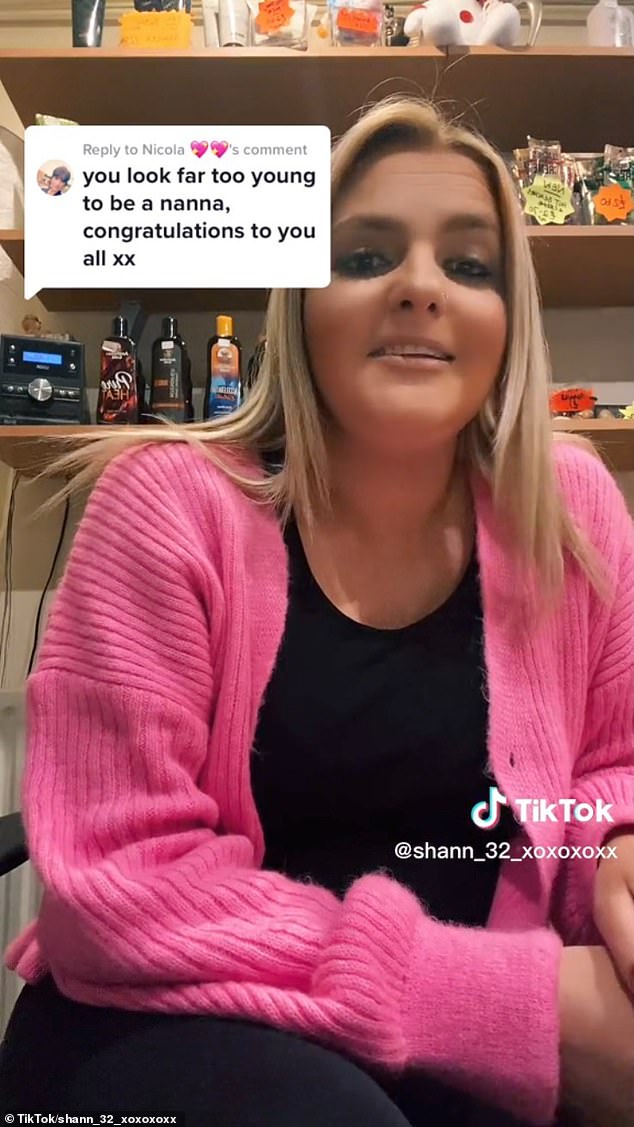 Shannon, a 32-year-old mum who is weeks away from becoming a grandma, says she is always told she looks ‘far too young to be a nanna’ 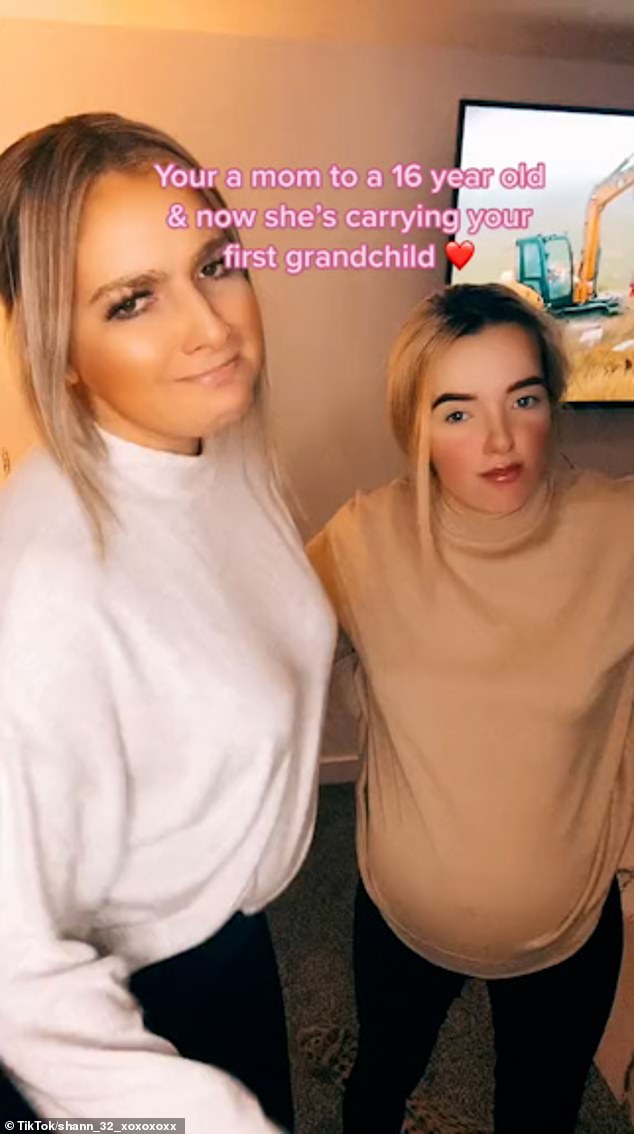 In a TikTok with her pregnant daughter Molly, 16, Shannon expresses her excitement at becoming a grandmother, captioning it: ‘she’s my double! 10 weeks to go’

She also added that the people around her have been very supportive of her daughter, and that they were all preparing for the arrival.

‘We’ve got everything, we’re all ready. We’re just going to all be there and hopefully we can all just help her and she has a safe arrival with him.’

Responding to comments on her TikTok page, Shannon says it was her daughter’s choice to have a child, and that while she wasn’t expecting it she would never be ‘angry’ about the decision. 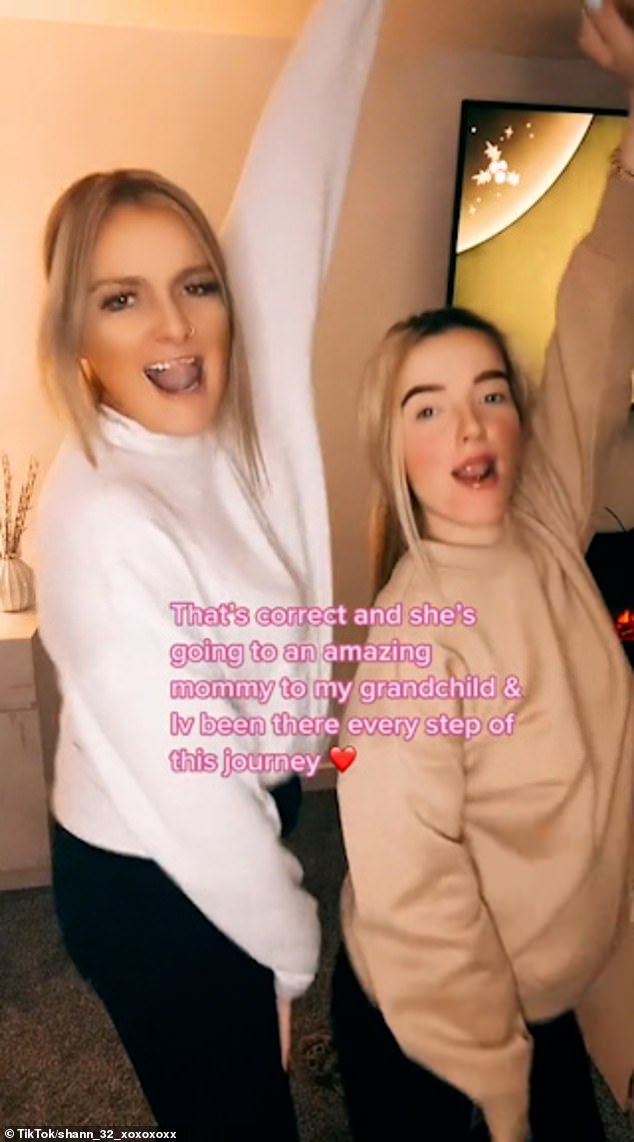 Another TikTok on her page shows her dancing with her daughter Molly, captioning the video: ‘She’s my double. 10 weeks to go!! I got her fully! I had her at 16 with no support and I swear on my life I’ll never ever let them down!! I got you fully.’

She added that she has no regrets personally about also giving birth as a teenager.

‘It changed me so much as a person, it changed absolutely everything about me.

She revealed that she was 15 when she became pregnant with her daughter, who she names as Molly, and 16 when she went into labour. 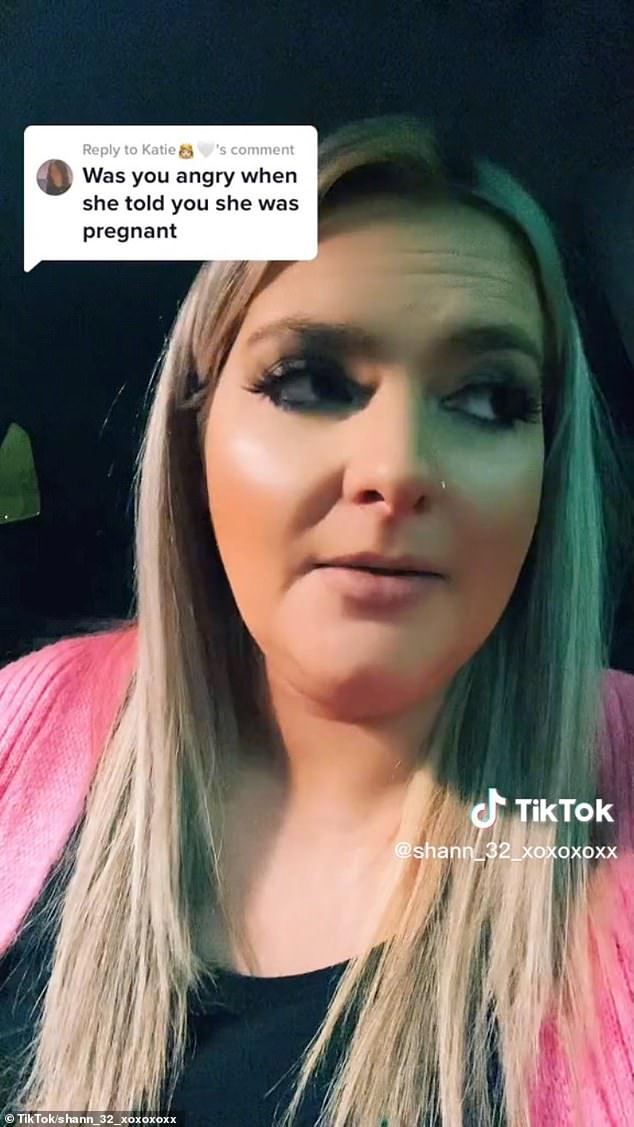 Responding to comments on her TikTok page, Shannon says it was her daughter’s choice to have a child and that while she wasn’t expecting it she would never be ‘angry’ about the decision 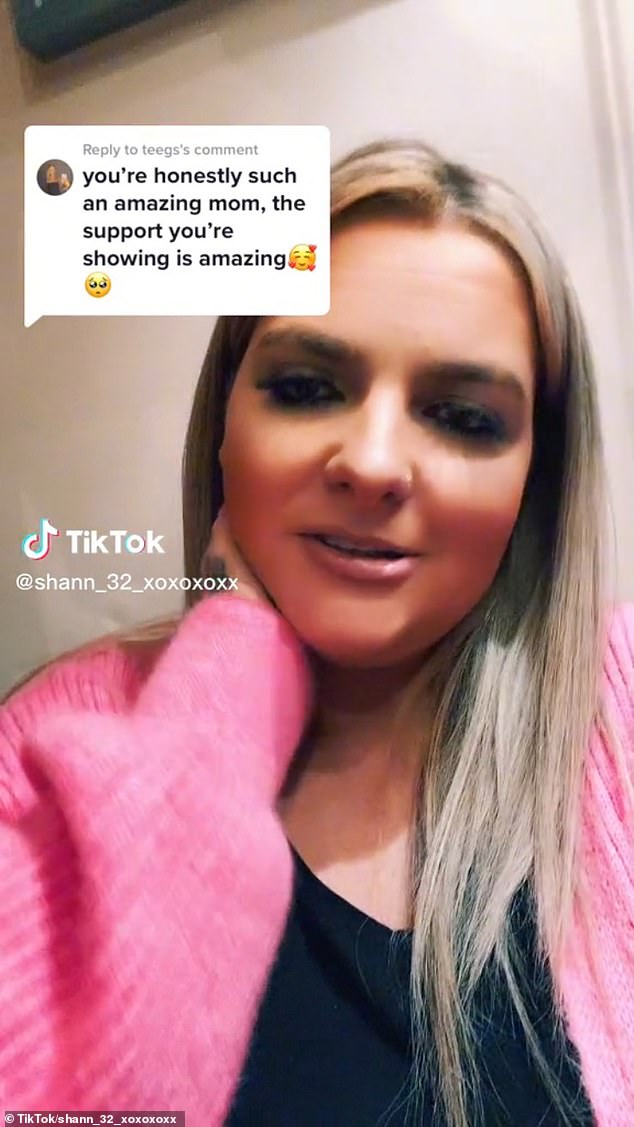 Supportive comments flooded in for the young nan, with many offering their congratulations and wishing her and her daughter luck

When explaining the story of her daughter’s birth, Shannon says she raised her daughter ‘for years and years’ by herself, with ‘no support’.

‘She has never gone without, never ever, I’ve always worked I’ve always looked after her and Molly will do the same… and she will always have my support no matter what.’

The young mum then adds that Molly’s father is now back in her daughter’s life and that ‘he’s a great dad’.

Shannon is going to be her daughter’s birthing partner, and laughs in one video ‘so I am probably going to get it in the neck all the way through the labour!’

She added that while her daughter had ‘really bad sickness’ at the start of the pregnancy it’s going ‘really well’. 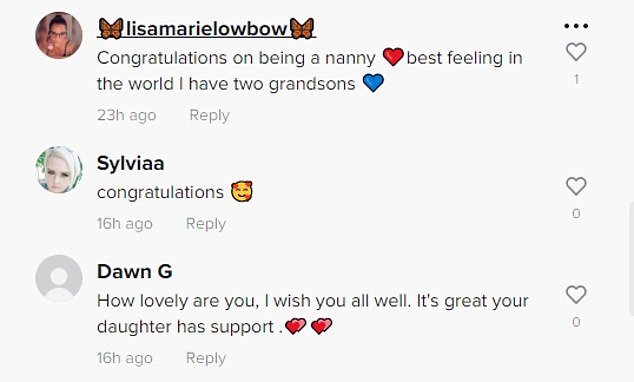 Supportive comments flooded in for the young nan-to-be, with many offering their congratulations and wishing her and her daughter the best of luck.

‘You’re honestly such an amazing mom, the support you’re showing is amazing,’ one commenter said.

‘Congratulations on being a nanny, best feeling in the world I have two grandsons,’ said another.

‘How lovely are you, I wish you all well. It’s great your daughter has support,’ a TikTok user added.

If you enjoyed reading this article…

Woman, 72, says people can’t believe she’s not in her 20s – and put her youthful looks down to three hours of exercise a week