The mother of all embarassments! Hilarious snaps reveal the toe-curling times parents’ antics have left their offspring cringing

Many of us have been embarrassed by a family member at least once during our lifetimes.

So you’ll no doubt sympathise with the people with mothers who act first and think about the consequences for their red-faced offspring later.

Parental Influence has rounded up some of the funniest tales from people from the UK and North America – including one where a mother turned up to her son’s punk band gig wearing her smartest clothes.

Another bought a customised cake for her son’s birthday – featuring an extremely unexpected message.

Here FEMAIL reveals some of the most awkward things matriarchs have done that embarrassed their children. 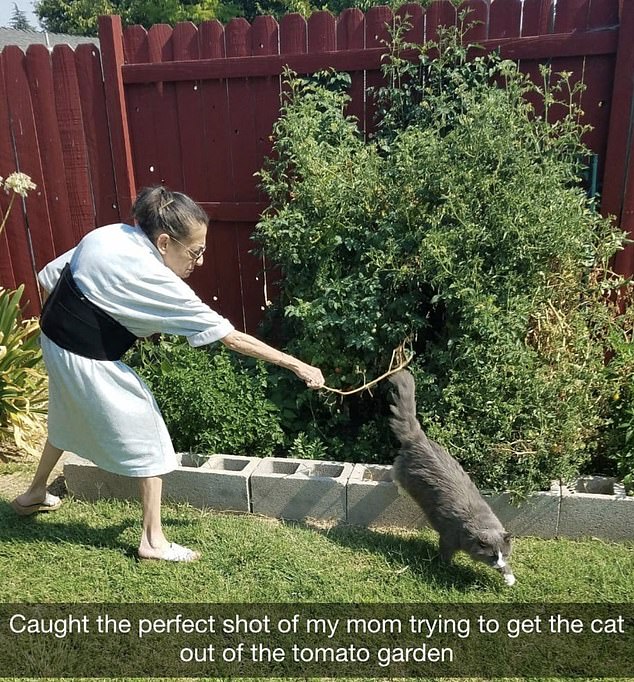 This woman showed just how important her tomatoes are, taking extreme measures to save her beloved crop from a cat. Her child managed to catch a snap of their mum’s over reaction 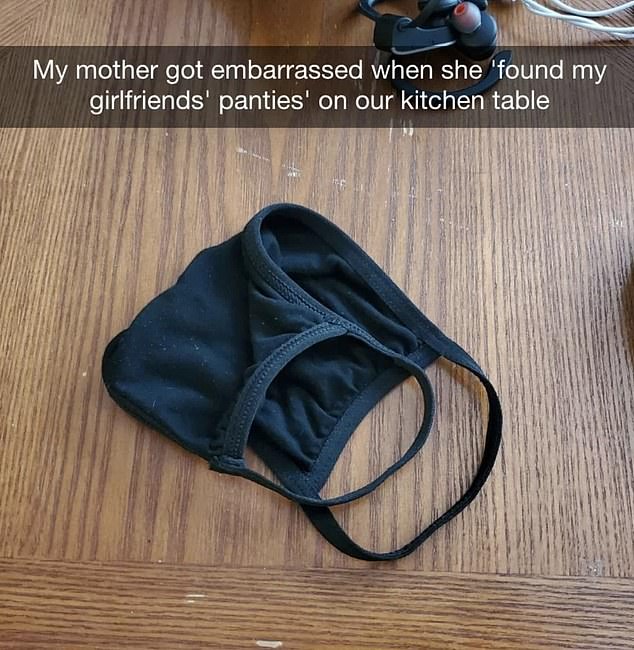 It was an American parent who was embarrassed in this story – when she spotted what she thought was her son’s girlfriend’s underwear on her table. Luckily it was just a face mask 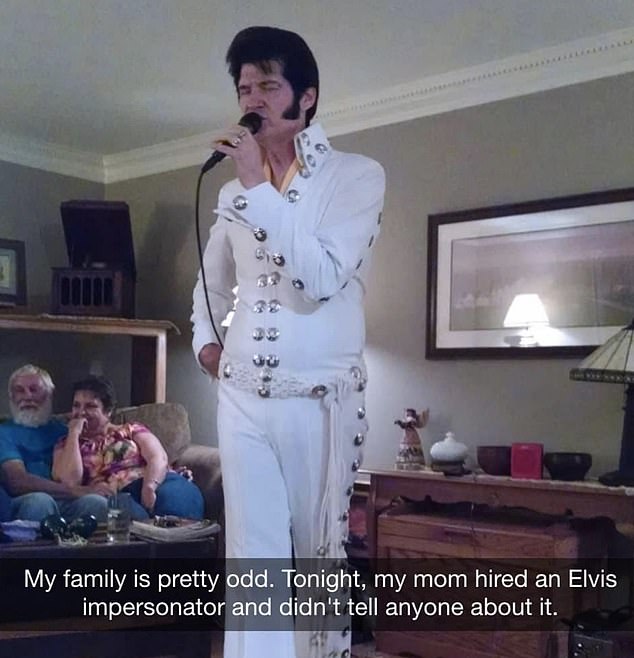 Not lonsesome tonight! Lots of families like to spend quality time together, but this mother from the US took it to a whole new level when she secretly booked an Elvis impersonator to their home for the evening 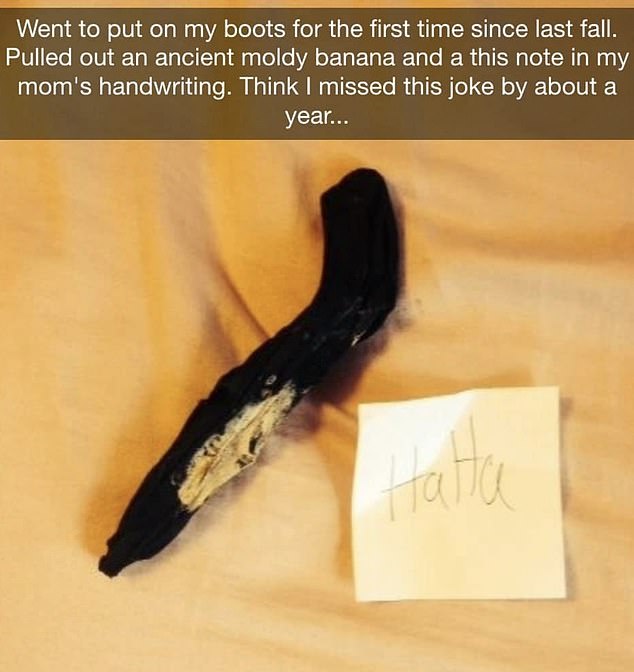 A squishy surprise: This daughter from the US was left unimpressed by her mother’s attempts at pranking her by leaving her banana in her boot. The timing was off – and so was the fruit by the time it was discovered 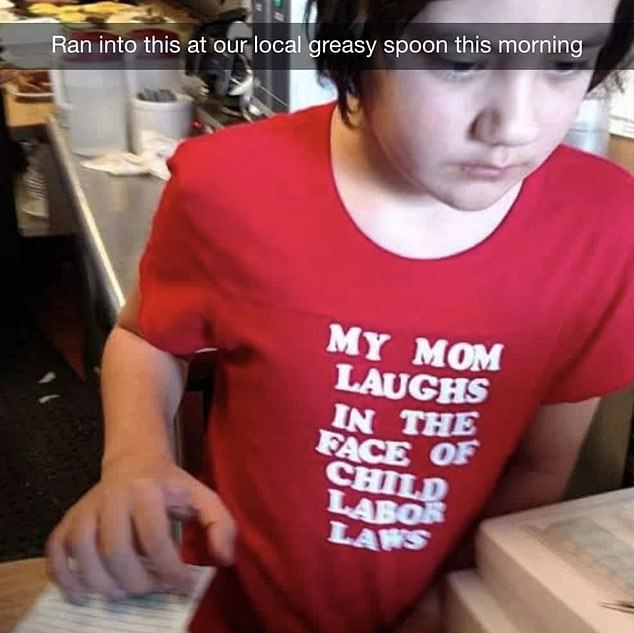 Employee of the month! This hospitality worker was reportedly working in her mother’s cafe over the summer – and this was the t-shirt she had to wear as a uniform 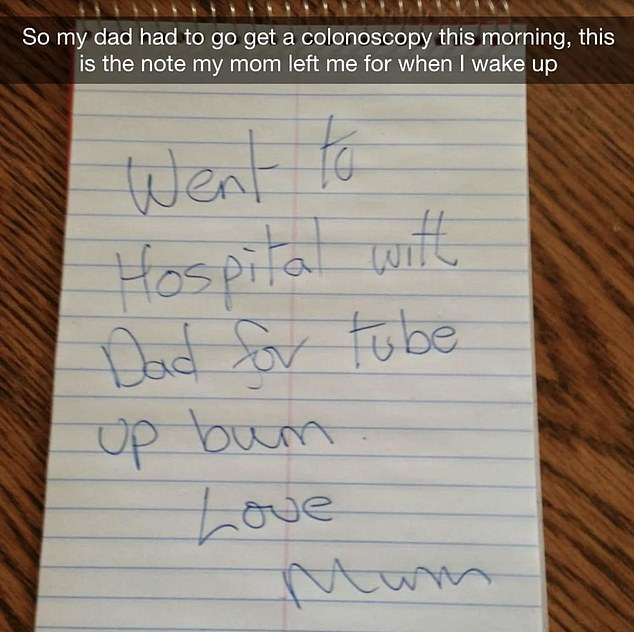 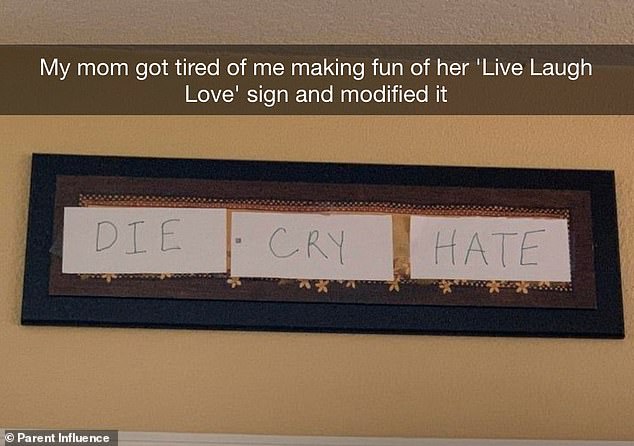 At least it’s creative! One mother from the US got fed up with being mocked and decided to adjust her interior decor accordingly 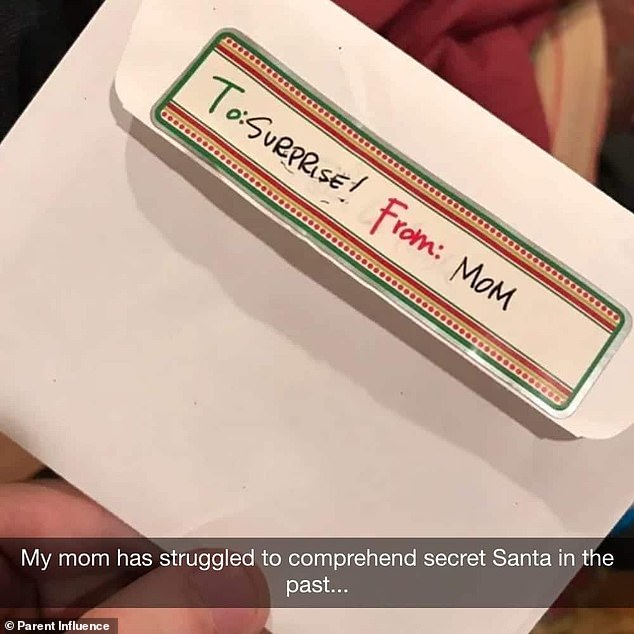 The clue is in the name! One mother from the US gave the game away completely while preparing their Secret Santa gift 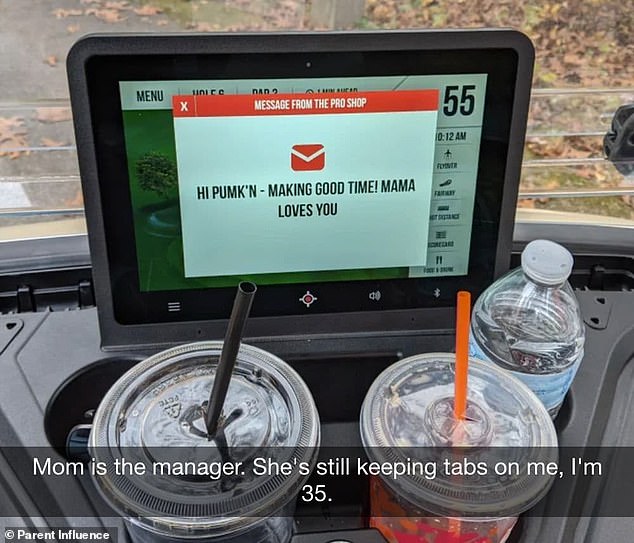 A little bit TOO caring: One 35-year-old man does not appreciate being checked up on, or being referred to as ‘pumk’n’ 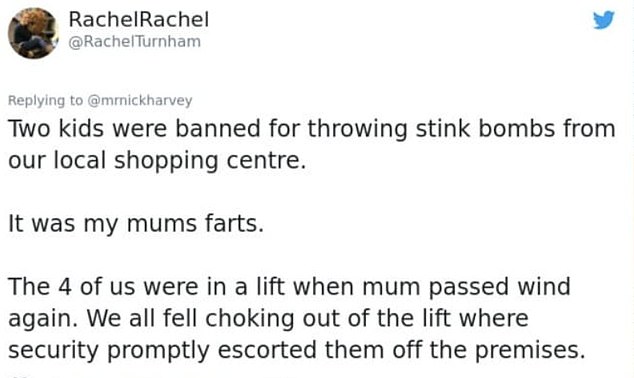 This parent from Gosport, Hampshire, not only caused a stink in a lift by passing wind, but also failed to take responsibility, letting some strangers take the blame 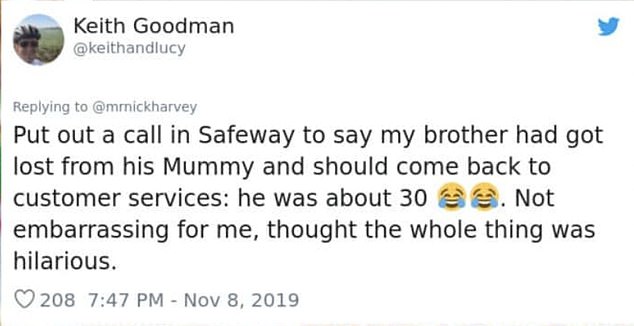 It’s a parent’s nightmare – turning their back for a second and losing their child in a supermarket. But most mums won’t put out a call for their grown-up lost kid

It’s always sweet when parents take pride in their children’s endeavours. Except for when they embarrass them – like this woman who turned up to her son’s punk gig in formal wear 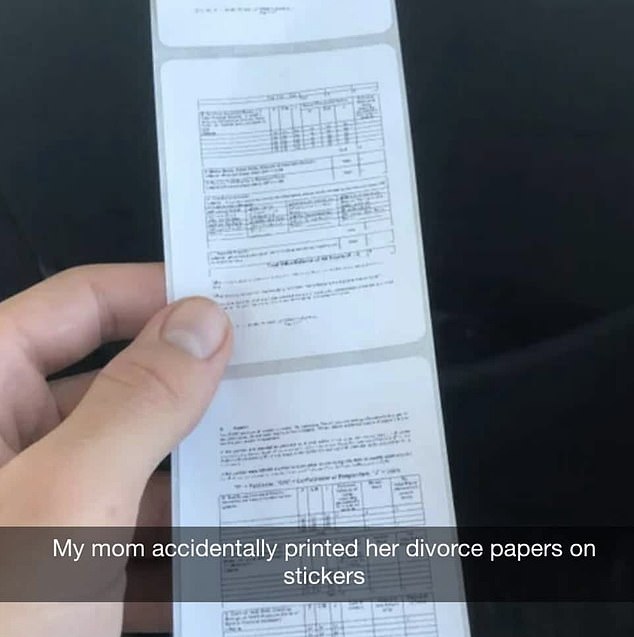 The older generation are often less than savvy when it comes to tech. That was certainly the case for this mother from the US who accidentally printed out a tiny copy of her divorce papers on stickers 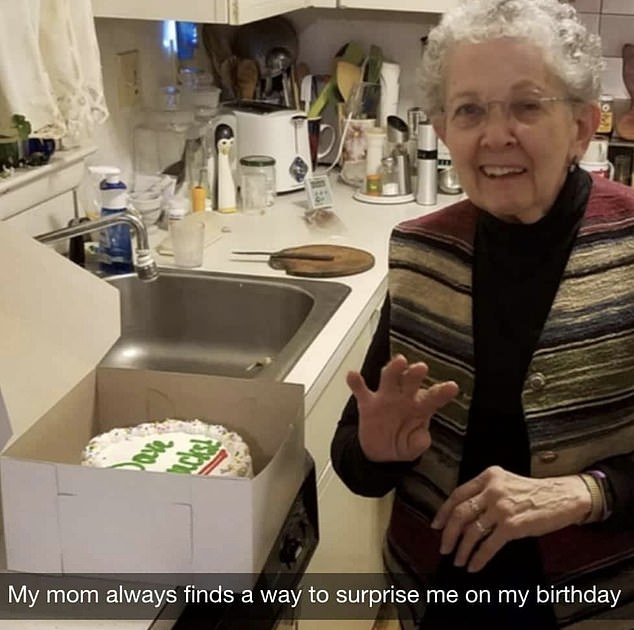 That takes the cake! There was very little warm maternal sentiment in the unexpected iced message on this birthday treat from a mother in the US. It says ‘Dave sucks’