A secret Victoria Police report has criticised the force’s handling of a domestic violence case involving a serving policeman after police leaked the victim’s escape plan to the perpetrator, potentially putting her at risk of more violence or even murder.

The confidential police report is one of several files which also raise questions about the handling of the case by the Independent Broad-based Anti-Corruption Commission, which is supposed to oversee the force. 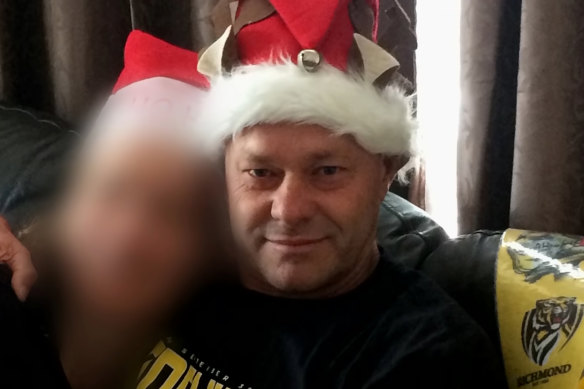 Mother of two Jay* was subject to abuse at the hands of her policeman husband Senior Constable Darren Hanegraaf.

The victim at the centre of the case, Jay*, was repeatedly subjected to serious violence at the hands of her partner, Darren Hanegraaf, while he was a serving police officer.

On one occasion, Hanegraaf grabbed Jay, dragged her down the driveway, slammed her head against a letterbox and bashed her unconscious. During another incident, which was previously detailed by Jay in The Age and on 60 Minutes, she was choked until she passed out.

Jay sought to report Hanegraaf to police, but officers repeatedly pressured her to instead patch up their relationship. After Jay finally found the courage to contact police in July 2018, another officer leaked to Hanegraaf Jay’s secret safety plan to flee with her children to Sydney, sparking more violence and coercion.

The files, obtained by The Age, include correspondence between Jay and both IBAC and the police. They suggest both agencies failed for many months to investigate failings that senior officers later admitted were serious, and they point to systemic shortcomings surrounding the force’s handling of complaints of domestic violence involving police perpetrators.

One of Hanegraaf’s superiors told her to have Hanegraaf over for a “nice dinner’ to patch things up”.

The dual failure of the force and IBAC meant months of investigative delays as the victim’s time-sensitive complaint was handballed between investigators and agencies.

The revelation comes as Premier Daniel Andrews faces fresh calls to reform the way police complaints are handled in Victoria.

In a review of allegations that Jay’s safety plan was leaked by police to Hanegraaf, Baulch said he was “incredulous” that a policeman had claimed he disclosed the plan “as part of welfare management in his welfare officer role”. 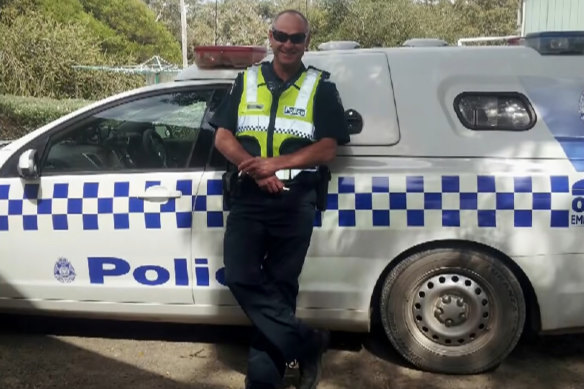 Darren Hanegraaf was a serving officer at the time of the abuse.

“I find this claim implausible and it should be noted the time when a victim of family violence threatens to, or actually does leave, their aggressor is at greatest time of risk and has at times resulted in the murder of a victim.”

Because Jay’s abuser was a police officer, Professional Standards Command were initially given carriage of the case, but because it was not high-level corruption, it was then referred to a suburban uniformed officer with no experience of investigating domestic violence. That led to months of stalling and mishaps.

On multiple occasions, Hanegraaf’s police colleagues urged Jay not to formalise her complaints. One of Hanegraaf’s superiors told her to have Hanegraaf over for a “‘nice dinner’ to patch things up”. 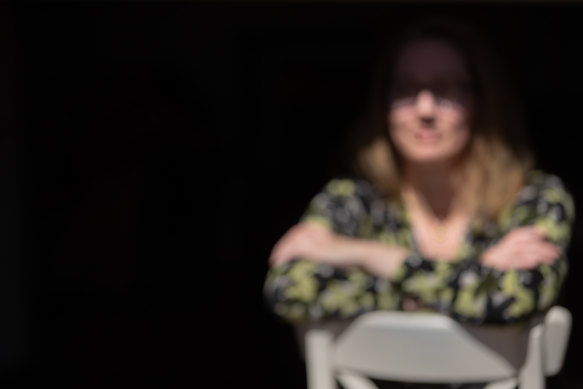 Jay complained to IBAC in November 2018 about the police’s failure to properly handle her complaint, but also about the systemic issues it revealed. Rather than investigate, IBAC referred the matter back to police’s Professional Standards Command division, which in turn referred the complaint back to a colleague of Hanegraaf who had been involved in the safety plan leak.

Jay said both IBAC and the police had demonstrably failed in their duty to investigate police misconduct, exposing her and her children to further violence.

When details of Jay’s case were first made public in 2020, force command vowed to improve its handling of future cases. Last December, police announced a new specialist team would begin investigating family violence within the force’s own ranks.

But in an interview with The Age, Jay said the extent of the failures of both police and IBAC had never been fully exposed and that the existing reforms did not go far enough. She said IBAC’s recent annual report, in which it vowed to prioritise its oversight of family violence involving police members, was aimed at papering over its failures in the handling of her case.

“It is clear to me that IBAC’s claim [about its strategic focus] was a cynical media ploy and is not genuine in substance or supported by evidence. IBAC has form for making such hollow claims, talking a big game and not following through with substance.”

Jay has called for an independent police ombudsman to be created, backing calls made in an open letter to Premier Daniel Andrews on Friday from 29 organisations including community legal centres, law firms, academics and Aboriginal service providers.

While the Andrews government is reviewing Victoria’s police oversight model and there has been a commitment by the coalition to improve IBAC’s funding, neither major party has committed to a new police ombudsman.

The now former senior constable Hanegraaf was charged with 70 criminal offences in late 2019, but these were reduced when he agreed to plead guilty and was ultimately sentenced to a two-year community correction order in June 2020.

A Victoria Police spokesperson said there was no place for family violence within Victoria Police and, “we are committed to holding perpetrators within our organisation to account”.