Hopes are rising that an urgent warning over power grid failure may finally spark long-overdue national reforms, as Energy Minister Angus Taylor says he will leave it to the market to decide the mix of coal, batteries, hydro and gas used to back up renewables.

The Energy Security Board, which was set up to advise state and federal governments as Australia makes the world’s fastest transition to renewable power, warned this week the shift to renewables posed “concerning and urgent” threats to the energy grid and proposed a suite of reform options to prevent power failures. 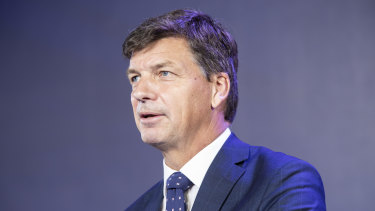 Its Post-2025 Market Design paper identified a need to boost investment in instantly dispatchable power sources, which will increasingly be needed to fill gaps in supply from renewables that occur at night and when the wind or sun isn’t providing enough energy.

Currently, power generators sell energy only when it’s supplied to the grid. The ESB proposed several reform options, to be considered by state and federal governments, that would make retailers pay generators to have sufficient dispatchable capacity on standby to fill gaps in supply when and if they arose.

Some lobbyists and analysts have warned the creation of this capacity market would be seized upon by Mr Taylor as an opportunity to force investment in coal power plants, which are being pushed out of the market by cheaper renewables.

However, Mr Taylor said on Friday he would leave it to the market to choose between gas, pumped hydro and large-scale batteries.

“I’m not going to get into saying exactly which fuel will play exactly which role … that’s not what a Liberal government does,” Mr Taylor told The Australian newspaper. “We are not going to become central planners – the market will work out what the right mix is to deliver affordable reliable energy. Our job is to work out the right signals.”

ESB chair Kerry Schott said the proposed mechanisms were “absolutely not going to include new coal, because honestly, the economics of coal is just nobody will build it”.

“If plant lives are extended more than is commercially viable, then it’s going to cost consumers money and we’re certainly not going to recommend that,” Dr Schott said.

Even if the federal government promotes coal or gas-fuelled dispatchable power in its response to the ESB, the national energy market rules are set in conjunction with state governments that have policies to grow renewables and phase out fossil fuels to help meet their net-zero emissions commitments.

Grattan Institute energy director Tony Wood said the ESB reform proposals could see investment in existing coal plants but “if it [a scheme] is designed properly the only reason a plant will stay open is because it’s needed”.

He said the federal and state governments should seize the opportunity to co-operate.

“What’s really important is industry and governments debate the reforms, make decisions, understand the consequences and stick to it,” Mr Wood said. “If we can do that, it would be a really big step forward compared to the mess of the past couple of years.”

Renewables lobby group the Clean Energy Council welcomed the ESB’s reform agenda and called for “more harmonisation between the states and Commonwealth” to remove investment risks to wind and solar farm proponents.

”The success of the renewable industry has come despite a nationally co-ordinated approach,” council chief executive Kane Thornton said. “Investment has flowed but it’s challenging and harmonisation would address barriers around connecting projects to the grid and other market design areas.”