Prince William and Prince Harry have reportedly not mended their rift. One royal correspondent isn’t convinced things will be any better between the brothers in 2022 either. Harry’s upcoming book release likely isn’t going to reduce any of the family tension, the expert predicts.

During a December interview with LBC, royal correspondent Peter Hunt discussed the origins of William and Harry’s tension. Presenter Eddie Mair wondered “how serious” the situation is. “How big is the rift? How did it start? And can it be healed?” he asked.

Hunt confirmed, “The rift is deep … I think, in part, it started because Harry was beginning to get restless anyway and has really struggled with his position within the institution.”

Meghan also played a role, according to Hunt. “It was accelerated and ignited by his marriage to Meghan and how she fitted into the family and what she wanted out of the family and the role she wanted that didn’t necessarily align with where the family saw her,” he explained.

“I remember asking someone just before the engagement was announced and I said to this person who’d seen her coming in back when that was, in 2017, and I said, ‘Does she know what she’s marrying into?’” Hunt recalled. “And they said ‘Oh yeah, yeah’ and I said, ‘But does she know know?’ and they paused and sort of shook their head.”

In hindsight, Hunt said, “It was just an inevitable collision when you look at it now. So her coming in and wanting a role that the institution wasn’t prepared to give her I think further created the problem in that relationship.”

Hunt then addressed the question of whether there will be a resolution for Prince William and Prince Harry on the horizon. In short, he said that Prince Harry’s new book certainly won’t help his relationship with William and the royal family.

“Can it be resolved? I really struggle to see a resolution, not least because in 2022, Harry will be bringing out his book,” Hunt explained.

Hunt also addressed how media coverage of the royal family in 2021 has “become very binary.” He explained, “It’s either you’re pro-Harry or you’re pro-William and there doesn’t seem to be much room to accept that actually you can navigate a path through it, whereby you can accept there may have been fault on both sides but actually they could have reached a different accommodation.” 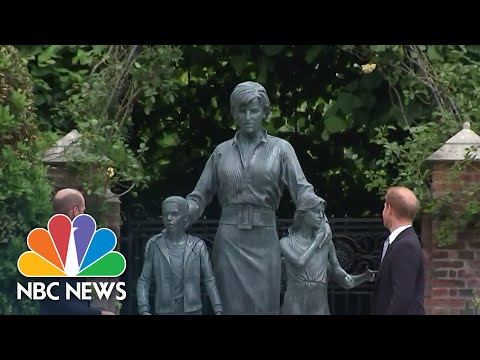 Mair discussed how in “regular” family disagreements between siblings “it falls to a parent to heal the wounds or knock heads together, whatever’s required. I wonder about Prince Charles’ possible role.”

According to Hunt, Prince Charles plays no part in easing the feud. “I don’t think he has one at the moment,” the correspondent explained, calling it “part of the tragedy.”

He continued, “I don’t think [Charles] does have a role. It’s clear that there is a pretty bad split between him and his son Harry. So there are not obvious characters around who can try and do it. I think that sort of the group that there was around William and Harry — there isn’t an obvious candidate who can emerge to try and heal that.”

Hunt doubled down on the impact of Prince Harry’s book. “I cannot see [their relationship] being healed in advance of the book coming out,” he noted.