Private schools are sitting on record reserves of cash as growing enrolments, a pause on big building projects and an end to COVID-19 fee discounts fill their coffers.

A review by ANZ bank of 62 non-government schools across the country found revenue – from government grants, tuition fees and student numbers – grew by a median of 6.2 per cent last year, the highest level in five years. Cash balances are also at record levels. 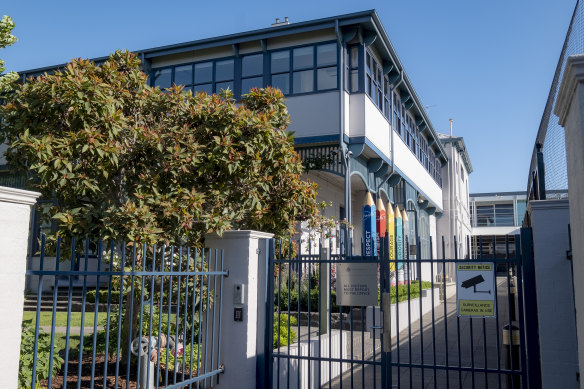 The report found a reduction in COVID-19 fee discounts rather than price hikes had led to the revenue rise.

The percentage of students attending private schools nationally has grown from 22.3 per cent in 1980 to 35 per cent last year – the largest share of enrolments on record.

This includes more than 365,000 students in Victoria, whose families pay the highest median private school fees in the country of $14,140, according to education payments business Edstart.

Victoria’s most expensive schools are Geelong Grammar, Lauriston Girls’ School, The King David School and Wesley College, which all charge more than $39,000 a year for year 12 domestic students.

ANZ said it was logical for Catholic and independent schools to build up cash during the uncertainty of the pandemic, but they must now decide whether to use that cash for big builds.

Its analysis found schools that charge more than $20,000 a year are no longer spending spiralling amounts on state-of-the-art facilities and programs. It said the “arms race” among high-fee schools is over, with capital expenditure (capex) spending per student declining from $5100 in 2017 to $3000 last year.

The bank questioned whether medium-priced schools, charging between $10,000 and $20,000 a year, got good value for money for extra spending on property, technology and equipment.

“Low tuition fee schools’ superior enrolment and revenue growth, as well as profitability, may provide food for thought for some medium tuition fee schools on whether increased capex spending would help improve operating performance, particularly for schools that have built up cash balances,” it said.

But ANZ said border restrictions during COVID-19 and a reduction in international student enrolments, particularly in Victoria, had dampened overall industry revenue.

It tipped non-government school revenue would grow modestly at 1.8 per cent over the next few years as the national economy recovers from the pandemic and international students return.

Rising interest rates and inflation at a 32-year high probably wouldn’t lead to large numbers of parents pulling their children from private schools, it predicted, as households had built up large pools of savings during the pandemic.

“Households are resilient to cost of living pressures so far … The future servicing burden on households may overstate the risk of pulling back on discretionary consumption like private schooling, at least for some households,” the report said.

While fee increases have moderated, ANZ expects strong inflation and increased wages for school staff to prompt fee hikes in coming years. Despite a drop in 2020, high-fee schools have the biggest fee increases among all non-government schools.

Independent Schools Victoria chief executive Michelle Green said the ANZ report confirmed that “parents from a wide range of backgrounds embrace the choice that independent schools provide”, despite the disruption and economic uncertainty caused by COVID.

“We expect the high demand for places in independent schools will again be reflected when the official enrolment figures for 2022 are released,” she said.

But Trevor Cobbold, of public school lobby group Save Our Schools, said it was a pity that ANZ did not also look at government schools.

High-fee schools are announcing their fees later than usual this year. Schools tend to announce annual price rises before term four, but some – such as Mount Scopus and Melbourne Grammar – won’t publish fees until December.