Moving to the city for uni and looking for a room to rent? You’re in luck. As long as you’re five-foot-five, vegan – but only on a Tuesday – and really into analysing David Lynch films.

This is a representation (albeit exaggerated) of the current Melbourne share-housing scene. Gone are the days of posting a two-sentence listing in the paper. Now, courtesy of one of the country’s biggest rental-listing social media groups, it’s more of an art form. 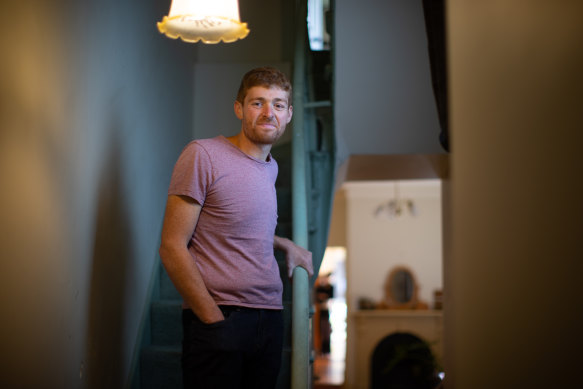 “Looking for someone who is trans/trans-friendly, queer, anti-racist, SW/SW friendly, no swerfs, no terfs, bam and the dirt is gone, all that jazz,” reads one excerpt from a 450-word post on Facebook’s Fairy Floss Real Estate page.

Fairy Floss is a Melbourne-based online community group for people searching for flatmates. From its humble beginnings in 2010 to the Snug Real Estate-sponsored behemoth it is today, Fairy Floss has become a cultural snapshot of the values shared by a particular sub-sector residing in the Education State.

“You start off with something about yourself and add in a specific reference to dissemble the generic description you use,” frequent Flosser Ben Stern says of the Fairy Floss formula. “There are lots of cliches people love: ‘I’m looking for a social house, but respect people’s independence’ is a classic. ‘I’m looking for a home, not a house’ is another platitude you see a lot.”

So far, there have been 2481 new posts on Fairy Floss this month. With 310,600 members, as well as an average of around 120 new posts a day, the competition is stiff. One must not only write a thoughtful post to cut through the noise, they must also curate a certain lifestyle that aligns with values they believe Fairy Floss users hold.

Melbourne, like most capital cities, is in the middle of a rental crisis. In March this year, rental vacancies near the city centre dropped to 1.5 per cent, down from more than 11 per cent the year before. More people are resorting to Fairy Floss to find available and affordable housing, resulting in a saturation of people desperately trying to sell themselves as appealing flatmates.

Where cleanliness and a decent-enough cash flow were once the general requirements for a tenant, advertisements on Fairy Floss are centred on identity, social status, and “vibe”. Unlike its competitors like Flatemates.com.au or FlatShare, Fairy Floss offers greater insight into a household’s dynamic, says Stern.

“You often see people posting that they’re ‘420-friendly’, referring to smoking weed. I think whether your housemates smoke weed is a genuine thing someone would want to know in potential housemates.”

But the line between openness and arrogance is fine, Sterns says. “If someone wrote that they love to analyse film, I think they’d appear as a pompous asshole, and would alienate most demographic groups in general.” 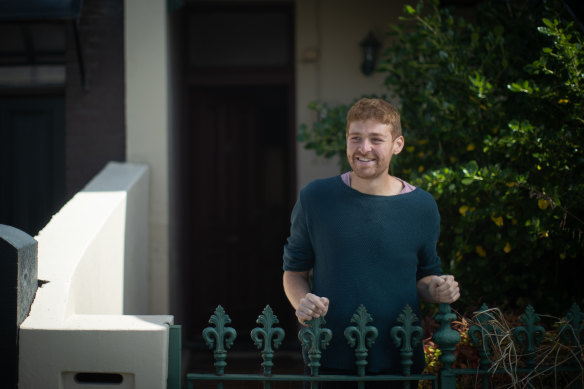 Ben Stern outside his flat-share in Fitzroy. Credit:Simon Schluter

Arts and media senior lecturer at UNSW Dr Lukasz Swiatek says Fairy Floss is an example of how online platforms have created space for people to “shape and re-shape their identities” – to develop social capital in an era of “status abundance”.

“It has given them a way to connect with people who share similar, and often extremely specific, attitudes and behaviours,” he says. “What we see is an interesting combination of social status being presented and crafted in particular ways, as well as kindred spirits being sought.”

“Flossers” carefully curate their image, highlighting aspects of themselves they believe fit with current Melbourne trends, such as an affinity for pot plants, film fanaticism, or encyclopaedic knowledge of niche music genres.

“Hospo career gal and wine snob, and our in-house bartender, who’ll make you delicious cocktails from our recycled pallet bar,” one post reads. “Will provide great tunes, teach you French and cook you pasta after a night out.”

Far from a new phenomenon, Swiatek says the act of “flexing” one’s social status has proliferated because of developing digital technologies.

“Once some people gain a particular kind of status, others want to gain it too,” he says. “The result is more active curation and communication of people’s identities and activities online, resulting in more published content that people need to cut through each day in order to stand out, creating a vicious cycle of sorts.”

Frances Vinall, 29, just moved out of her flat in Southbank and is using Fairy Floss to find a share-house around Thornbury.

Lucky for her, Thornbury is very common on Fairy Floss, along with other affluent suburbs in the inner north like Brunswick, Northcote and Fitzroy. In some ways, the page has become a map of the trendiest (or most gentrified) areas of Melbourne. This could alienate certain people who can’t afford to live where average weekly rent is around $350.

Fairy Floss is dominated by “digital natives” intent on creating unique content that encourages social equity, says Dr Wilfred Wang, media lecturer at The University of Melbourne. Ironically, the demographic frequenting the page – predominantly urban-centric, middle-class young professionals – could do the exact inverse of what they preach. 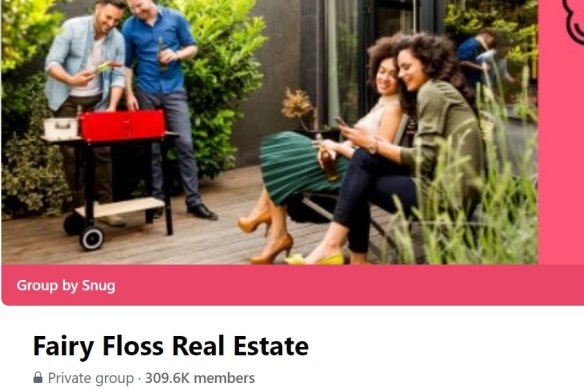 “The barrier of entry is high on two fronts. One is the price itself. The other is whether you fit into a particular culture or lifestyle,” says Wang. “LGBTQI+, this particular aspect seems to be well catered for. But then if you’re thinking of culturally and linguistically diverse people, those with disability, and even just someone coming from a rural area … It can create these social cultural barriers.”

Vinall says she is aware of the exclusionary pitfalls and “virtue signalling” Wang highlights.

“If you look on sites like Flatmates, there’s a lot more posts being like, ‘I’m in Box Hill, I’m in Cranbourne, I’m in Reservoir’. Whereas on Fairy Floss, I think like 95 per cent of the posts are in like Brunswick or Coburg,” she says.

She wonders how race and financial status impacts people’s use the group, and says she is conscious of how she has intentionally created a particular profile for herself – much like she would on a dating app – to align with what she knows to be popular for Melburnians.

“At first, I had a much more basic little block of text that I would send to everybody … And I didn’t really get a lot of hits. But then I made a new block of text, which was very much in that Fairy Floss style of like ‘I have a huge collection of plants, I love to sit on the couch and watch a 90s rom-com, or go on an outdoor adventure’,” she says. “You’re trying to hit those key points that you think people are looking for.”

But you must be in the know to hit these points.

At its core, whether you use Fairy Floss or FlatShare, you’ll likely end up in the same position: standing awkwardly in a stranger’s house as they explain how to get the hot water to work. Or perhaps, if you’re like Stern, in even more precarious situations.

“I interviewed for a room which was available because the couple who had been living together had broken up and were leaving. During the house tour the couple got into a dramatic fight about not loving each other anymore, and I was standing there awkwardly trying to console them while asking logistical questions about the rent.”

No matter the route you take to get there, if Fairy Floss finds you a home (social flex or not), it’s done its job.

Fairy Floss/Snug did not respond to requests for comment.