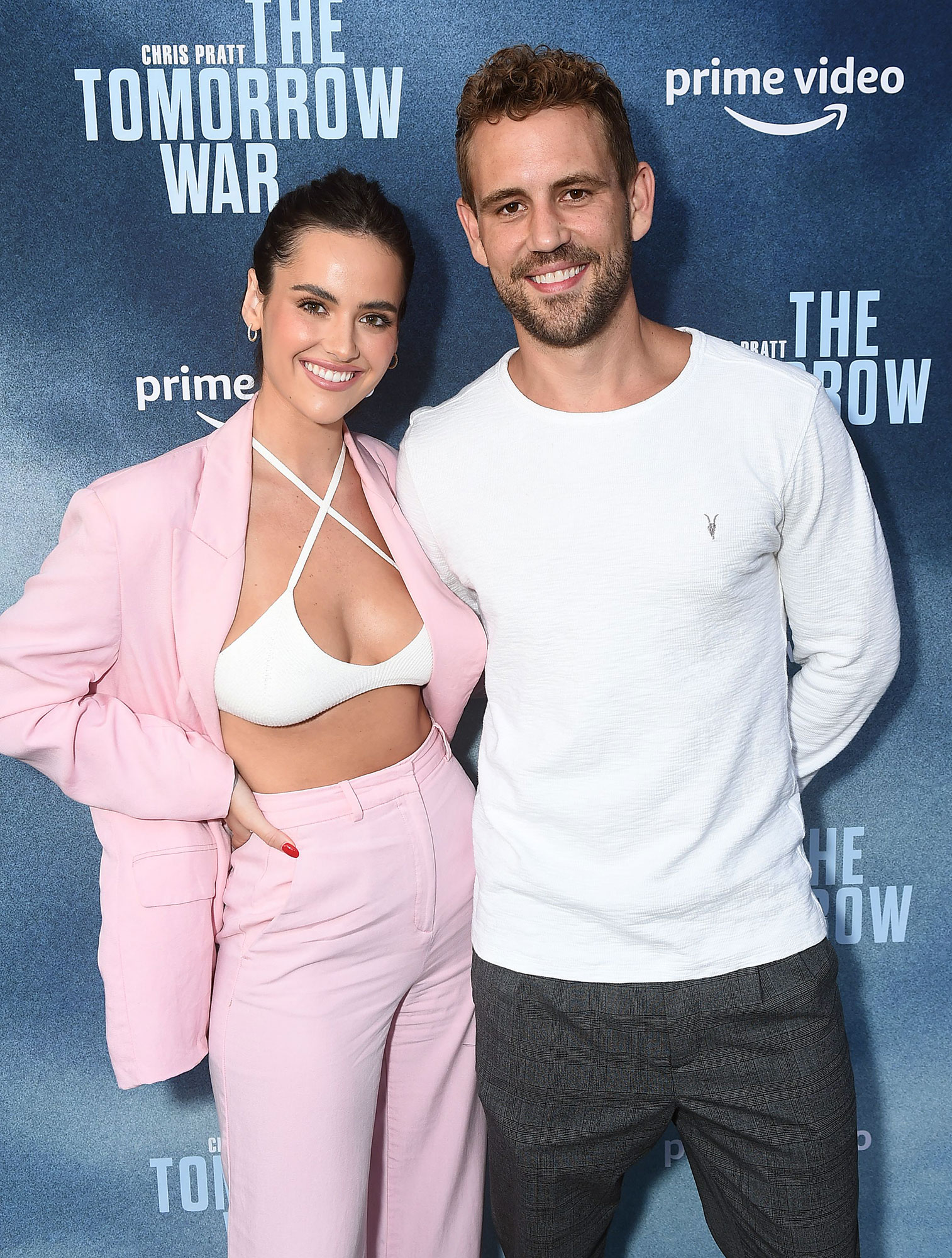 Making moves? Nick Viall is ready for the next step in his and Natalie Joy’s relationship, a source exclusively tells Us Weekly.

“They could be the next Bachelor Nation couple to get engaged,” the insider says, noting a proposal from Viall, 41, may happen “very soon.”

The “Viall Files” podcast host and the surgical technologist are “very much in love,” the source shares, adding that Viall’s friends “cannot wait for [an engagement] to happen because they know how long he’s been waiting to find The One.”

The former Bachelor previously got engaged to Vanessa Grimaldi during the season 21 finale of the show, which aired in 2017. The two announced their breakup in August of that year.

Nick Viall’s Season 21 of ‘The Bachelor’: Where Are They Now?

“We gave this relationship our all and we are saddened that we did not get the fairy-tale ending we hoped for. We will continue to be there for each other no matter what,” the exes said in a joint statement at the time. “This hasn’t been an easy decision, however, as we part ways, we do so with lots of love and admiration for each other.”

Following their split, the Canada native, 34, moved on with Joshua Wolfe. The twosome got engaged in August 2020 after more than one year of dating.

“Well thank god I followed you back a week ago to hear this news,” Viall commented on Grimaldi’s engagement announcement. “Congrats to you two! Lucky guy.”

Us confirmed in August that the teacher married Wolfe, 36, in an intimate ceremony in Montreal, Canada.

Viall, for his part, was first linked to Joy in 2019, but the duo didn’t officially start dating until July 2020. They confirmed their romance in January when they shared a video of the Los Angeles resident kissing Viall as he played a virtual reality game.

One month later, the lovebirds made their awards show debut at the Golden Globes. In June, the pair added a puppy named Jeff to their squad, with the Wisconsin native calling himself a “family man” now.

‘Bachelor’ Stars Who Returned to the Franchise Again and Again

The following month, Viall toasted to his girlfriend while celebrating their “1 year ish” anniversary in July while on vacation in New York.

The TV personality has “never been happier.” And source says, “They both are excited about being parents someday, and equally excited about the possibility of it being with one another.”

“They would get married first before having a baby — he wants to do it the right way,” the insider tells Us. “It just shows how serious he is.”

With reporting by Diana Cooper