We can all agree that the Neighbours finale was a perfectly executed TV send-off.

Everyone cried; Margot Robbie appeared on Zoom (she also sent the cast 37 bottles of champagne, one for every year the show had been on air); and, most importantly, Kylie Minogue slipped back into Charlene’s overalls and delivered a single, perfect line: “Home sweet home.” 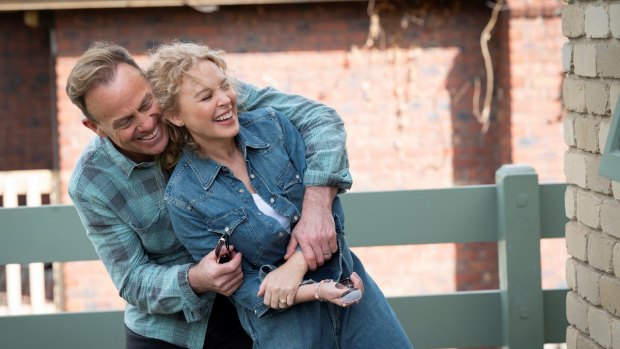 Months after a star-studded farewell, Neighbours is back from the dead. But a return to Ramsay Street may not be such a great idea.

It was everything a farewell should be: heartfelt, star-studded and dripping with nostalgia.

But with news that Neighbours will return to our television screens next year after Fremantle, the Australian production company responsible for the long-running show, struck a deal with Amazon, it all feels a bit shallow.

This is the TV version of a work friend throwing a dramatic “I’m moving to London!” party before slinking back into town months later and asking for their old job back.

What happens to Margot’s bottles of champagne? Will she get a refund? Almost certainly not.

And what about Toadie’s happily-ever-after?

The Toadfish (legal name: Ryan Moloney, but let’s be honest, his real name is Toadie) tied the knot in the finale, but Neighbours canon stipulates that for the show to exist, he cannot be happily married.

Time to dust off the Commodore L station wagon and send the newlyweds for another fatal cliff-side drive. 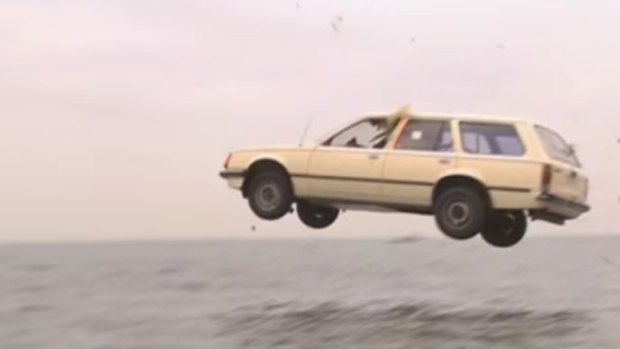 Happily never after. If Neighbours is coming back then Toadie (Ryan Moloney) can’t stay married. Time to send the newlyweds for a drive.

I personally feel cheated having pumped out several stories examining Neighbours’ legacy, only for the soap to pull a John Farnham (or a Tom Brady if you’re both an NFL and Neighbours fan) and backflip on retirement.

Naturally, the announcement has been met with widespread jubilation. The return of Neighbours is being viewed as a victory for the show’s famously passionate fans.

However, before we pop more of Margot’s champagne, it’s worth stating that this decision could backfire, a classic case of ‘be careful what you wish for.’

Firstly, the decision to end Neighbours triggered an outpouring of goodwill from an Australian public who grew up adoring the show. But it’s no secret that while people felt sad, they also felt confused about who was actually still on Neighbours because they hadn’t watched it since the late 1990s.

Outside the superfans, most people viewed Neighbours in the same way you view your childhood home: it’s comforting to know it’s still standing, but once it’s gone, you don’t give it a second thought.

Let’s also remember that the Neighbours finale only aired in July, and with production on the reboot slated to begin in early 2023, we can expect a premiere mid-next year. At best, it will be just over a year between the farewell and the comeback.

Put simply: it’s not enough time to properly mourn the Neighbours-shaped hole in our lives. On top of that, the show risks undoing all the nice sentiment it generated by rushing the show back to air. And rush is the operative word, given most of the cast seem to have been kept in the dark. 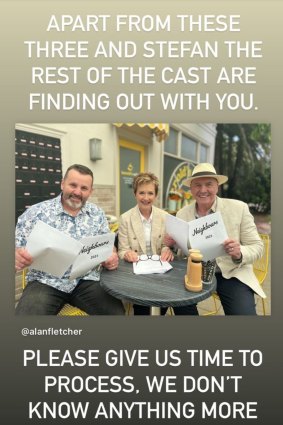 Neighbours star Takaya Honda did not know the show was set to return.Credit:Takaya Honda: Instagram

According to former Neighbours star Takaya Honda, half the cast didn’t even know Australia’s most famous cul-de-sac was back in action.

Taking to Instagram, the actor posted a photo of actors Ryan Moloney, Jackie Woodburne and Alan Fletcher accompanied by the caption, “The rest of the cast are finding out with you. Please give us time to process. We don’t know anything more.”

In fact, Moloney, Fletcher, Woodburne and Stefan Dennis are the only confirmed returning cast members.

The harsh truth is that in TV land, revival rarely means survival. We’ve seen it happen at home with the much-loved series Seachange (brought back in 2019 on Nine*) and Packed To The Rafters (rebooted by Amazon Prime in 2021).

Neither show received a second season and arguably risked tarnishing the legacy of the original series. 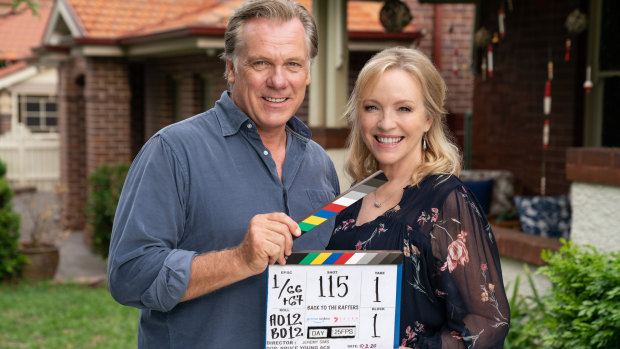 Second time’s not always a charm. The Packed to the Rafters reboot was not renewed by Amazon Prime after only one season.Credit:Brook Rushton

Meanwhile, US shows like Arrested Development and Community were also “saved by fans” only to suffer a fate worse than death: dying twice.

I understand that the return of Neighbours is welcome news from an industry standpoint; the show creates jobs and is famously a training ground for those in front of and behind the camera.

But necessity is the mother of invention, and the vacuum created by Neighbours’ departure may have opened the door for what Australian television desperately needs: fresh ideas.

This could have been an opportunity for all that talent – producers, cast, camera operators, writers – to come up with something new, a show not wedded to 37 years of backstory. 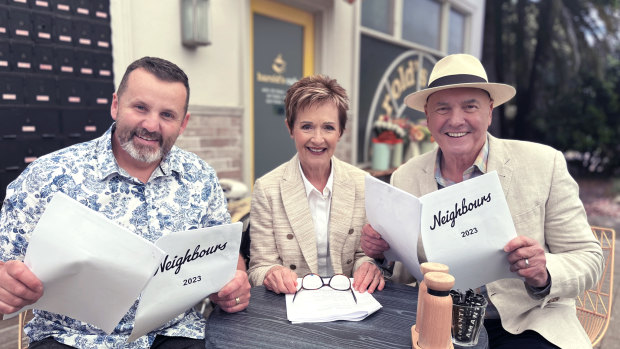 (L-R) Ryan Moloney, Jackie Woodburne and Alan Fletcher, as well as Stefan Dennis (not pictured) are the only confirmed returning cast members.

Ultimately, we will have to wait and see what shape the reboot takes. But I suspect this will prove that while everybody needs good Neighbours, we deserve better than lazy reboots.