A record $25 billion investment to tackle climate change and cut emissions will provide a road map for the Albanese government to deliver on its election pledge to cut emissions by 43 per cent by 2030, while it has beefed up the “gas trigger” to push companies to provide lower cost energy to customers.

The ambitious clean energy agenda, announced in Tuesday night’s budget, also includes a plan to have renewable energy provide 82 per cent of the electricity network by 2030, which the government promised during the election campaign would also cut power bills by $275 by 2025. 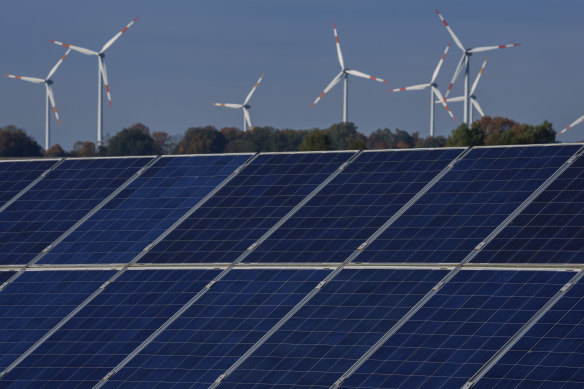 The renewables push could create political risk because any cost blow outs on tens of billions of dollars of clean energy projects would need to be recouped through taxes or power bills. The budget also forecast energy prices to rise 30 per cent.

The budget papers revealed the government has beefed up its threat to gas companies, following warnings earlier this month from Treasurer Jim Chalmers and Industry Minister Ed Husic that they must deliver more affordable energy to the local market.

The Australian Domestic Gas Security Mechanism, known as the “gas trigger”, allows the government to redirect gas exports into the local market, but its rules meant it could only do this once a year. However, from mid-2023 the resources minister will be able to pull the trigger on export limits four times a year.

The Australian Energy Regulator has also been given the job of monitoring consumer gas prices, while the Australian Competition and Consumer Commission received a $10 million funding boost to monitor gas exports and potential domestic shortfalls.

“The cheapest form of energy is firmed renewables, even more so as global coal, oil and gas
prices spike,” he said.

The budget allocated $141 million for carbon capture and storage but said the funds would be targeted at industries where cleaner technology is not currently available, such as cement. This sets up a potential internal fight for the Labor Party with its environmental lobby demanding an end to support for new gas and coal projects.

The government’s Powering Australia climate plan includes a $20 billion fund to provide low-interest loans for project developers. An estimated $55 billion in public and private investment will also be needed to upgrade the grid, including 10,000 kilometres of new transmission lines and millions of new solar panels.

It also commits $500 million to encourage the uptake of electric vehicles, including 117 new charging stations and infrastructure for hydrogen fuelling facilities for trucks.

A $1.9 billion Powering the Regions Fund is designed to encourage communities and industries to switch to cleaner energy in line with the government’s climate policy. It will be established with the leftover funds from the former Coalition government’s emissions reduction fund, which paid for government purchases of carbon credits but was dissolved last year to make room for private investors.

Up to 400 batteries will be installed under the $224 million community batteries program to help provide small, remote communities with renewable energy. There is also $102 million to fund solar panels for 25,000 apartment residents and low-income households.

The budget listed a saving of $325.9 million from the “partial reversal” of programs listed in the previous March budget, such as new gas and coal plants to provide back up for renewable energy.

The recouped funds will contribute to new initiatives to help manage emerging risks associated with the clean energy revolution, including $63.9 million for new, large-scale batteries to stabilise the grid which faces increased uncertainty due to accelerating coal plant closures.

The Climate Change Authority will be allocated $47 million over the next four years. The federal agency has been restored to prominence and is required to provide policy advice under the government’s legislated emissions reduction target.