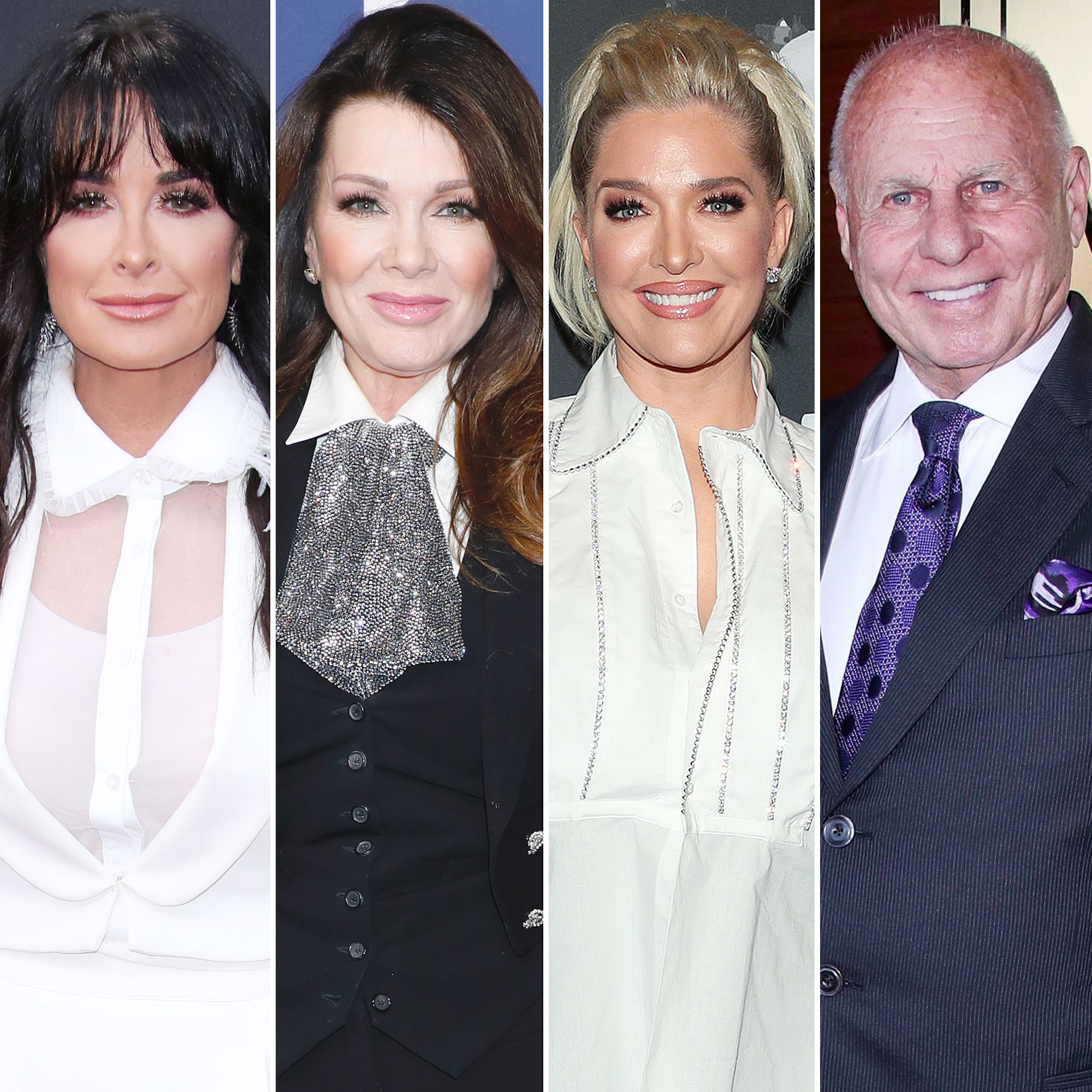 Not sweating the small stuff. Kyle Richards took to social media to laugh off Lisa Vanderpump‘s claims that she was the one spreading rumors about Erika Jayne and Tom Girardi.

After podcast host Christian Gray Snow posted a screenshot of the story making headlines with the caption, “When your show premieres tomorrow but your last spin-off only averaged 6 weekly viewers. Pathetic lmao 😭😫💎,” Richards, 52, commented with several crying laughing emojis on Tuesday, September 28.

Her Real Housewives of Beverly Hills costar Dorit Kemsley, whose friendship with Vanderpump, 61, took a turn during Puppygate in 2019, also replied with the same set of emojis.

The social media shade comes after the restaurateur weighed in on who she heard was speaking badly about Erika, 50, and Tom, 82, without their knowledge.

“It could be the person that [my husband] Ken [Todd] kicked out of my house,” the Vanderpump Rules star told Daily Mail TV on Monday, September 27, referring to her fight with Richards during season 9 of the Bravo series.

Vanderpump noted that she expected it to be her former friend based on their history.

“It didn’t surprise me when Camille [Grammer] told me that it was Kyle that had told her the gossip about her supposed friend Erika Jayne,” she added at the time. “That’s how Kyle works.”

In December 2020, Erika and Tom were named in a class action lawsuit that alleged that they embezzled settlement money intended for the families of plane crash victims. The shocking news came one month after the perfumer filed for divorce from the former lawyer after 20 years of marriage while filming season 11 of RHOBH.

Mention It All! Real Housewives’ Legal Troubles Through the Years

Amid his legal woes, Tom was diagnosed with Alzheimer’s and dementia and his brother, Robert Girardi, has since been named his permanent conservator. Meanwhile, Erika has continued to deny that she had any knowledge about her estranged husband’s legal issues involving his former law firm.

Earlier this month, Bethenny Frankel claimed that she heard about Erika and Tom’s legal issues years ago from her late ex Dennis Shields.

“My experience is — especially with the Housewives, but really, everywhere as well — if someone’s flaunting their money, they don’t really have it,” Frankel, 50, said on her “Just B With Bethenny Frankel” podcast on September 16. “Particularly on Beverly Hills, there have been a lot of ‘all show and no go’ girls. The more that they flaunt it and the more that they brag about it, usually there’s something wrong.”

At the time, Grammer, 53, responded to Frankel’s comments on social media, writing that she heard the same rumors when “one of the housewives mentioned it at Andy [Cohen]’s baby shower” in 2019.

Erika’s attorney has since addressed the allegations in a statement to Us Weekly.

“Erika has no knowledge of the alleged loans or the conversations referred to by Ms. Frankel, which even per Ms. Frankel, didn’t involve Erika,” Evan Borge told Us on September 17. “To me, this is another example of people trying to throw dirt on Erika based on alleged conversations (this time, with an individual, Dennis [Shields], who I understand is deceased) where even the perpetrator of the gossip says Erika wasn’t involved.”