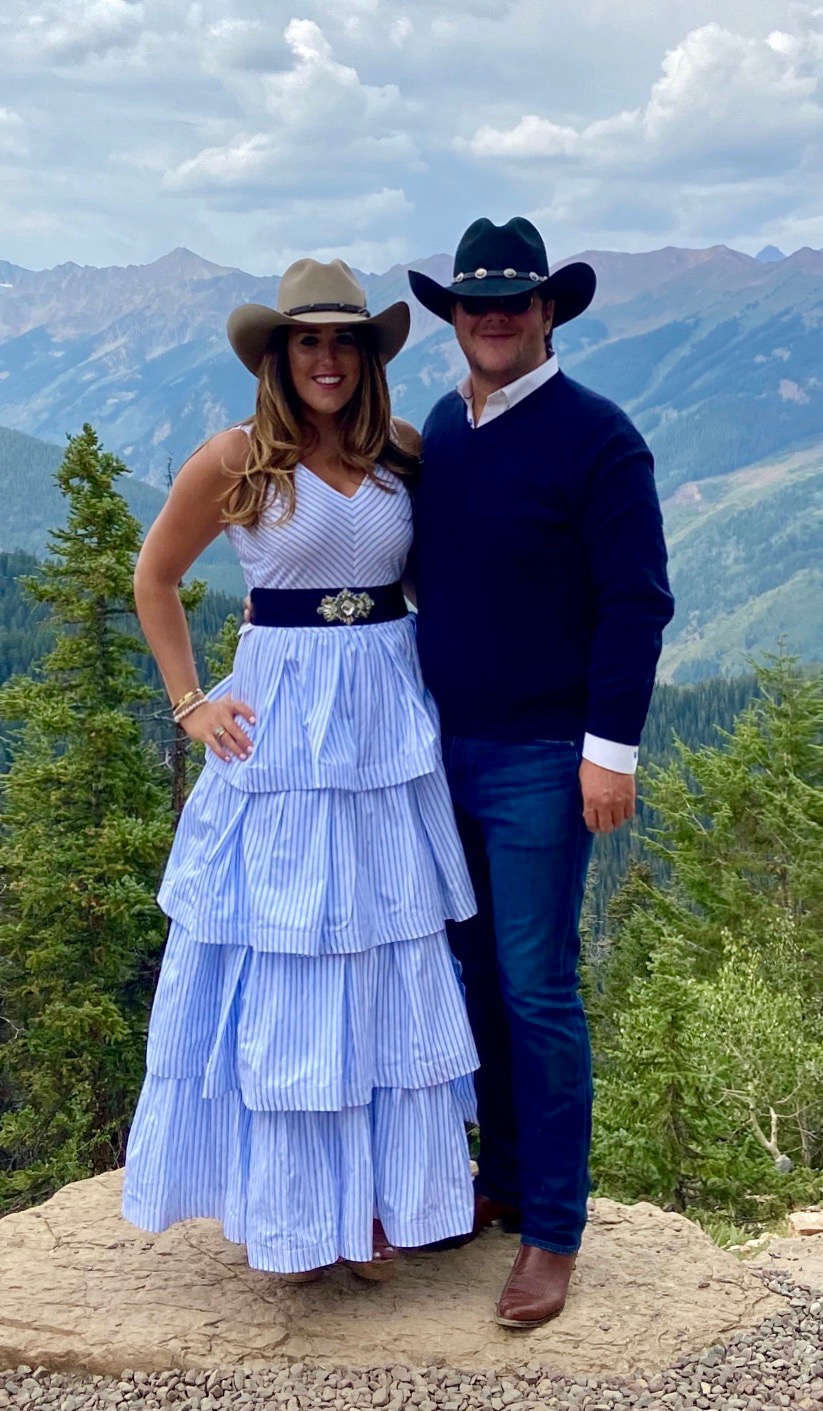 Posting a photo of the couple on Instagram, she wrote: “We could not be more excited that my son Christopher and his true love Katie are engaged!!! Finally some fantastic news! Can’t wait for the wedding and all that comes after. We love you Christopher and Katie!”

Moebius, who is the senior manager of global sports partnerships at Red Bull, added: “Love you Mama B! If it wasn’t for you, I would have never found my true love. Looking forward to a lifetime of adventures and love as a family.”

A friend told Page Six: “Katie is a fabulous girl”

Blaine and Robert were married until 2009, and he then wed longtime love Ann Marie Pallan in March, as revealed by The Post’s Cindy Adams.

Christopher, who works in sales and real estate, was previously married to ex-wife Raina, who has since remarried.

Robert died in August at age 71  and was given a funeral service at the White House last month. As we reported, Blaine revealed that neither she nor Christopher were invited.

The president visited his brother just one day before his death, calling him his “best friend” in a statement reacting to his passing. “His memory will live on in my heart forever. Robert, I love you. Rest In Peace,” the statement read.

Details of Robert’s illness were not released, however, he had been sick for several months, according to reports.