“The Me-generation started in the Sixties,” she says. “But human beings are social animals and we’re healthier in tribes – in universities or in churches or in clubs.

“Social media is the opposite of that. You’re alone with hundreds of people who are judging you all the time.”

Modern society is awash with narcissism, she says.

“Thirty years ago people barely brushed their teeth, now they’re in the gym every day building their six-packs. Where are they going to show it? On the Tube?

“These days we are constantly competing with each other. We need to start working as a bonding tribe again and being nicer to each other because that will make us happier.”

Ruby’s current tour, How To Be Human, combines psychological insights with humour.

The American star has a unique perspective on mental health – her family was so dysfunctional they made the Simpsons look like the Waltons.

Her Jewish parents fled Austria in 1938 as it was annex-ed by Hitler.

“They escaped that, so you can imagine what they brought over,” she says.

“They never realised they had problems but they did. My father was abusive and my mother was hysterical. She screamed all the time. It was mayhem. And when you’re a kid your natural reaction is to blame yourself.

“Their marriage haunted me for most of my life.” 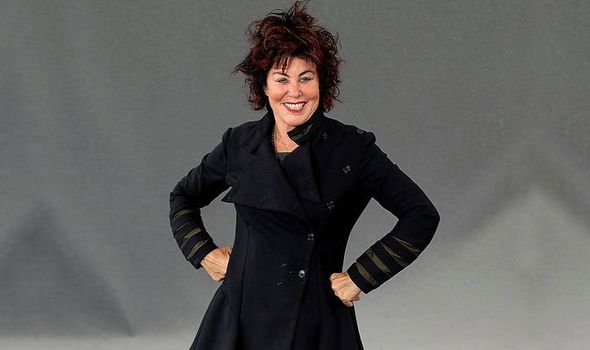 The legacy was a long struggle with the black dog of depression.

Ruby grew up feeling “like a freak of nature,” she says.

“I used to sit with my dog looking out watching people in groups in the park and I felt alienated. I wasn’t good looking so I couldn’t get boys, until one day I was funny and everything changed. It was as if I’d woken up and I was Joan Rivers. I got the boys then, although most were gay.”

“She did weirder stuff too,” she says.

“A lot of it is in my memoirs, How Do You Want Me? When Carrie Fisher read it she told me ‘This is the weirdest family I’ve ever heard about’.”

They have three children.

“I joke that halfway down the aisle I told him how old I really was and that I was mentally ill,” she says, adding seriously, “Depression isn’t to do with anxiety or sadness or stress.
It’s a disease. You’re ill and you need to get help. Not getting help is like having cancer and not doing chemo.”

Twelve years ago, when the black dog bit her hardest, Ruby found a solution in mindfulness, which she says was “like exercise and training for the brain”, completing a master’s degree in mindfulness-based cognitive therapy at Oxford.

She has a psychology degree from Berkeley and is a visiting professor in Mental Health Nursing at the University of Surrey. 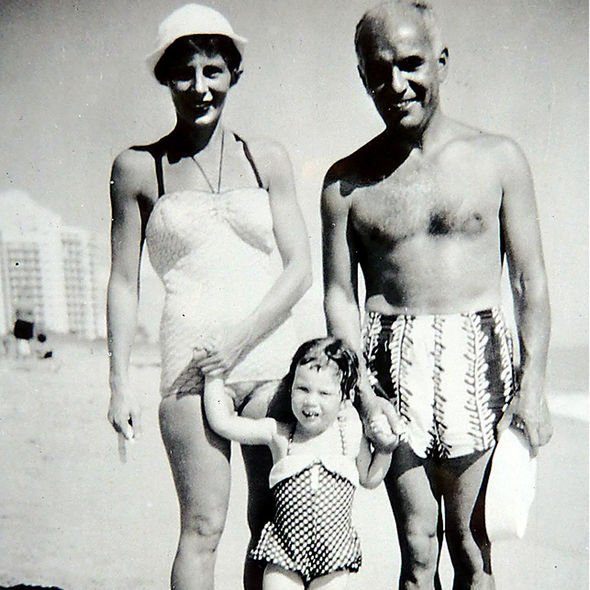 A mental health advocate, Ruby set up the Frazzled Cafe charity, supported by M&S, whose 10 cafes, with more in the pipeline, support those feeling overwhelmed by the stress of modern life.

“It’s a place where small groups can talk,” she says. “It replaces what people used to have… communities.”

Ruby moved to Britain in the 70s and studied at Glasgow’s Royal Scottish Academy of Music & Drama, joining the Royal Shakespeare Company in 1978.

Wax interviewed everyone from Donald Trump to OJ Simpson to Madonna, but she sees saving us from ourselves as more important.

“‘Fight or flight’ is a natural response,” she says. “But in our culture there are no real predators, and so we build up invisible fears.

“There’s no threat online but people are judging you the whole time. Online mind-hackers know how to make you buy things you might not need. You can get shoes after midnight, you can order a husband at two in the morning!

“We need to figure out how to be human before the future gets here otherwise computers are going to be wrapping us up and giving us to themselves for Christmas.

“We need to understand how our brains work,” she says.

“Rewire our thinking and find calm in a frenetic world. If you want to be happy, see the show! People say really nice stuff about it, some say it has changed their lives.”

● How To Be Human (rubywax.net) is at Lowry Quays Theatre, Salford Quays, today, 2.30pm and 7.30pm, and is on tour until November.