Princess Alexandra and Queen Elizabeth II are thought to be best friends. They are cousins and the former was a bridesmaid at Elizabeth’s wedding to Prince Philip in 1947.

Eagled-eyed Royal Family fans will know Princess Alexandra is often at Her Majesty’s side for royal events.

She also usually rides with the Queen in a coach at the races.

Alexandra was offered a title by the Queen when she married via her husband, who could have become an Earl – buy Angus Ogilvy turned her down.

However, the princess does have the honour of living in a grace-and-favour apartment in St James’s Palace in London.

Princess Anne and the Prince of Wales also have residences here according to the Royal website. 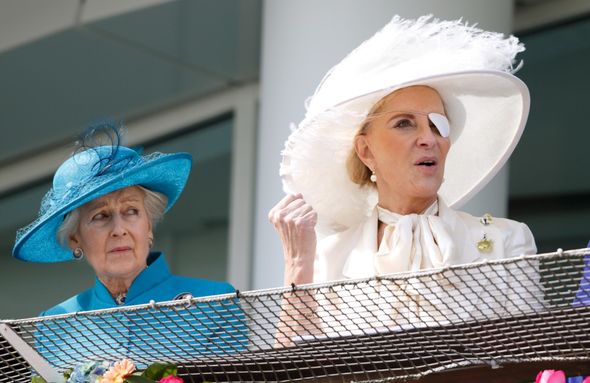 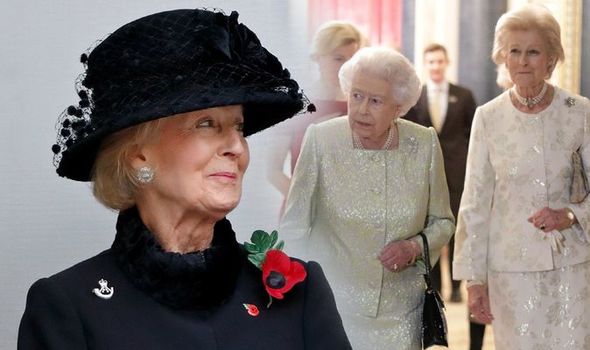 The two women are careful to follow proper protocol in public, and the Queen is generally focused on subjects during such events.

However, a body language expert has claimed there are some signals that show the true close nature of their friendship.

Body language expert Judi James said: “When the pair are caught deep in conversation it is often Alexandra using the animated gestures while the Queen listens with apparent fascination.

“They both lean in towards one another here and the head closeness suggest strong trust and friendship.”

While the Queen can have an air of duty and seriousness, Alexandra provides some relief, the expert suggests.

“Alexander is one of those women whose eye-crinkled smile makes her look permanently on the brink of a laugh that she’s keen to share and spread,” Judi said.

“Her raised brows and her eye-smiles project warmth and must help turn formal outings for the Queen into something more enjoyable.”

She also detailed how the close relationship has, happily, lasted all the women’s lives.

Judi said: “When they’re not co-hosting (with Alexandra looking something like the Queen’s wing-woman), they are often seen lost in conversation together.

“The Queen chose Alexandra as one of her bridesmaids at her wedding and, with them often appearing together in matching or co-ordinating outfits and mirrored body language poses, the friendship bonds between them back then seem every bit as close today.” 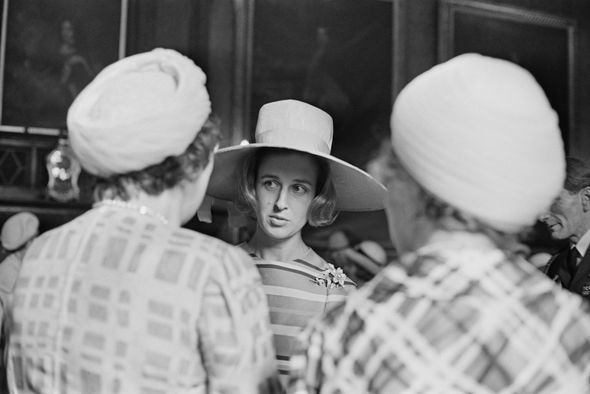 What is more, the Queen’s first cousin is a perfect match for Her Majesty, knowing the ins and outs of royal life from a young age, the expert claimed.

“Alexandra must also have the advantage of being one of the only sidekicks who has known and understood royal life and the Queen for so long that there’s no reason for the Queen to act as coach and mentor,” Judi said.

“Both women look relaxed here as they arrive to do the room, but Alexandra’s clasped hands and her often watchful eye-gaze suggests she’s very ably choreographing the double act to ensure she is protocol-wary and a very small step behind as they make their entrance.

“Her wide smile has the effect or relaxing guests as well as HRH and the co-ordinating outfits add a touch of ‘two peas from the same pod’.” 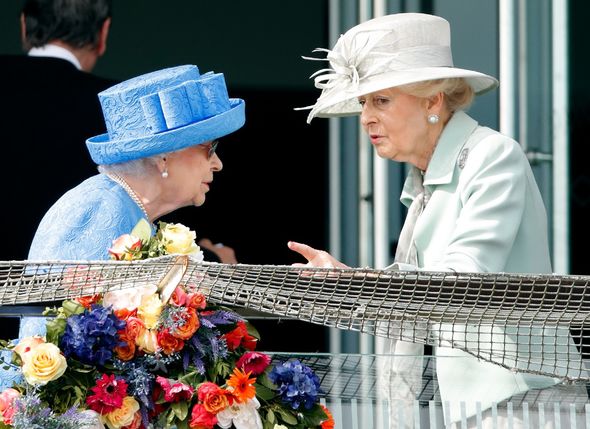 The Queen is so fond of Alexandra that she held a reception for her at Buckingham Palace, one month before she turned 80.

Alexandra is a member of the Order of the Garter, an exclusive honour only given out at the Queen’s behest.

Membership is limited at any one time to 26 members, including the monarch and the Prince of Wales.

Members wear a special badge but it changes for every given rank.

'The Handmaid's Tale' Season 4 Trailer: The Resistance is Heating Up