A grand jury on Monday indicted a Texas sheriff over the destruction of video footage amid investigations into the death of a Black man in police custody last year. Javier Ambler’s fatal March 2019 arrest was captured by film crews for the now-canceled A&E TV show “Live PD.”

The indictment obtained by CBS Austin alleges Sheriff Robert Chody destroyed “video recordings and audio recordings with intent to impair their ability as evidence in the investigation” into Ambler’s death.

Williamson County records show Chody is facing a charge of evidence tampering, a third-degree felony that is punishable by up to 10 years in prison. He was booked into Williamson County Jail on Monday and his bond was set at $10,000.

In June, Williamson County prosecutors announced an investigation “involving possible tampering with evidence” following Ambler’s death. The 40-year-old Black man died after Williamson County sheriff’s deputies repeatedly used stun guns on him, despite his pleas that he was sick and couldn’t breathe. Prosecutors began the investigation after the Austin-American Statesman and KVUE revealed details about the death and that A&E had deleted the footage, the paper reports.

A&E has said the video of Ambler’s death never aired because of a policy against showing death, and the network did not keep the footage after it was informed that the initial investigation had closed. A&E said neither the network nor the show’s producers “were asked for the footage or an interview by investigators from law enforcement or the District Attorney’s office.”

MUGSHOT: This is the booking photo for Williamson County Sheriff Robert Chody, who was arrested and charged with tampering with evidence in connection to the in-custody death of Javier Ambler during a chase involving “Live PD.” https://t.co/x76eF5yLLu pic.twitter.com/r9fQP4uwQJ

Travis County prosecutors are separately investigating the use of force in Ambler’s death. Prosecutors could not immediately be reached for comment.

Williamson County deputies attempted to pull Ambler over on March 28, 2019 near downtown Austin because he failed to dim his headlights to oncoming traffic, according to a report first published by the Austin American-Statesman and KVUE-TV. After Ambler refused to stop, deputies and the “Live PD” film crew riding along began chasing him, leading to a 22-minute pursuit that ended when Ambler crashed his vehicle. 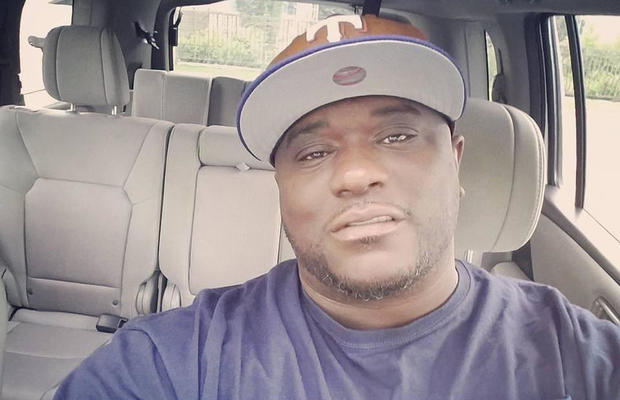 Police body camera video of Ambler’s death shows him being hit with stun guns four times and telling the deputies that he wants to comply with their demands but that he can’t because he has congestive heart failure.

Ambler pleaded “save me,” and after being told by a deputy to follow their instructions, he replied, “I can’t.”

The bodycam video is from an Austin police officer who arrived at the scene after the crash and was released separately by the Austin police department.

Investigators with the internal affairs department of the Williamson County Sheriff’s Office determined that the deputies didn’t violate pursuit or use-of-force policies. Their report doesn’t indicate whether the deputies were disciplined or forced to take leave.

A&E announced in June it had canceled production of “Live PD.”

“Going forward, we will determine if there is a clear pathway to tell the stories of both the community and the police officers whose role it is to serve them. And with that, we will be meeting with community and civil rights leaders as well as police departments,” A&E said in a statement.

According to the Austin-American Statesman, indicted officials may continue to serve but can be removed from office if they are convicted. Williamson County General Council Jason Nassour is also facing tampering with evidence charges for allegedly destroying video recordings connected to Ambler’s death, reports CBS Austin.