A LUCKY shopper has shared how they bagged a MASSIVE amount of food worth £50 from Greggs for just a couple of pounds.

Sandwiches, sausage rolls and sweet treats were among the bumper bag of baked goods which cost only £2.50. 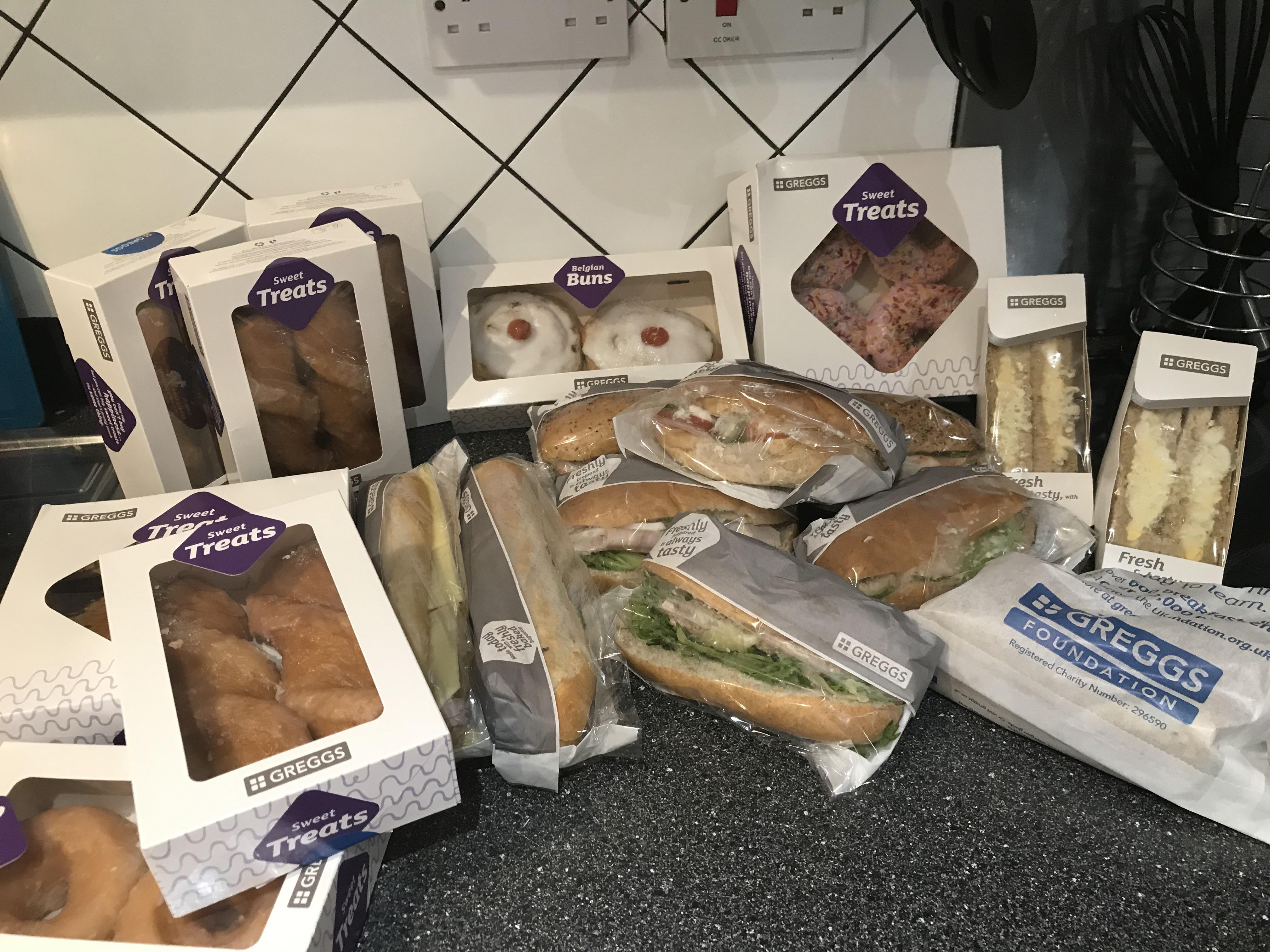 Sharing the "magic bag" of goodies on Reddit, the post and picture racked up thousands of upvotes on the platform and hundreds of comments.

They told The Sun they picked up the haul – which includes 19 items in total – from Greggs in Archway in London using the Too Good To Go app.

Too Good To Go connects hungry Brits with well known shops, cafes and restaurants that have surplus food so that it doesn't go to waste.

Users can nab huge discounts on food that would have otherwise gone in the bin.

Morrisons, Costa and Pret, along with independent spots, are also part of the scheme.

Here’s how to cut the cost of your grocery shop

SAVING on your shop can make a big difference to your wallet. Here are some tips from Money.co.uk about how you can cut the cost of your shopping bills:

Users of the app can get bundles of food that's left unsold in what are called magic bags – but what's in it and how much you get varies according to what's leftover at the end of the day.

The shopper's bumper find – which they said will be shared with office workmates – is among the best we've spotted from the bakery and it was the first time they had used the app.

They told The Sun they downloaded the money and food saving app after seeing an ad on Instagram, booked a bag and then picked it up a day later at around 6.30pm to discover the massive meal inside.

"It's a great way to cut down on food waste and I'm strapped for cash myself so gave it a go, turns out I must be rather lucky," they added.

They estimated the haul adds up to £49.20 worth of food and includes sandwiches that usually cost at least £3.20 each – that's 70p more than the entire bag.

Cheap treats in the bag also included four two-packs of yum yums, which usually cost £1.20 each.

Other users were big fans of the bargain bag too, saying "that is a win" and "I love this app".

One commented: "That's awesome. My last one from Gregg's had about six items. Still well worth it, but this is another level."

Too Good To Go isn't the only app which can help you save money and the earth.

Olio lets anyone share leftover food like items near their sell-by date, spare home-grown vegetables or the groceries in your fridge when you go away, move home or are on a diet.

One shopper used the Olio app to bag a bunch of Tesco food for free.

One mum told us she buys restaurant roast dinners worth £12 each for just £3.29 using the food app, and she reckons it saves her hundreds of pounds a year.