Kelsey Coleman‘s powerful pop track “Break Mine” now has a stunning music video to go along with it. Directed by Daniela Federici, the simple yet pointed video features Kelsey head-on, with her face lit upon a black background throughout the song. “We both wanted to go for something dramatic, yet simple that was focused on me and the lyrics of the song,” she explained in an EXCLUSIVE interview with HollywoodLife.com. “I wanted a black and white because I think that it gives the video a very raw feel to it and has less of a distraction while watching it.”

The song details Kelsey’s experience with heartbreak and one that is all too familiar. She sings of not wanting to break someone’s heart, and instead pushing them away so they break hers. “The video’s simplicity is what drives the focus to the story that I sing about in Break Mine. I hope it gives viewers a chance to focus on the emotion that I illustrate from the lyrics rather than get lost in the video,” she explained further. Kelsey’s last single, “Nobody” garnered over 28K views on her YouTube channel and was picked up by The Vibe Guide, who have posted their own lyric video to Kelsey’s track to their 3 million subscribers! Another incredible raw and open-hearted song, the young singer admitted that she has no fear of being vulnerable in her music. 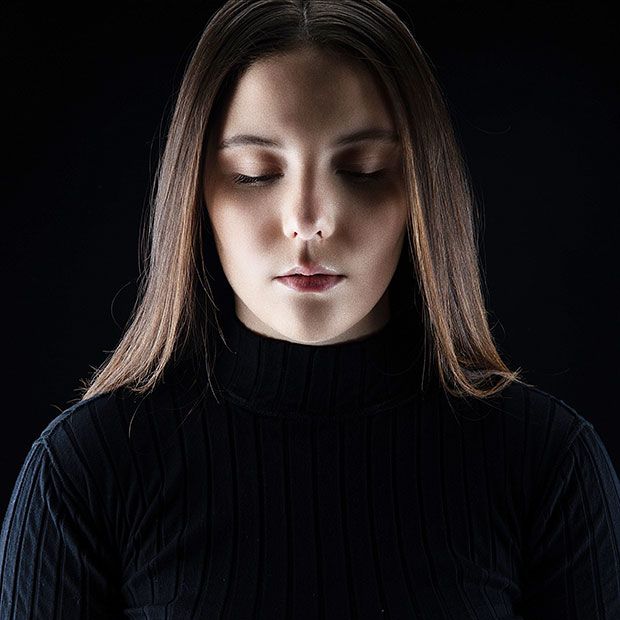 “‘Break Mine’ gives those who listen an idea of the raw emotion my upcoming album will contain. I want all my songs to be relatable and for my fans to know there’s no secrets with me and my music. I hurt and feel just like they do,” the Princeton, NJ native explained. “I feel my best music comes from my most vulnerable places. Many of my songs are driven from my depression and anxiety, which I have always struggled with, and the feelings of not being good enough or just generally sad.”

Kelsey has been incredibly open about her mental health struggles, which she details in her music, and has endured since the age of 8. “Every day is a battle,” she told HL. “I think it is important to show that we all have struggles, especially with social media which doesn’t show people’s rough days. I want to make sure other people don’t feel alone.”