DIY disasters! Not-so handymen share the moment things went VERY wrong – including an unlucky decorator who fell down the stairs with a can of paint

Home improvement is not always as easy as it looks and even though many of us fancy ourselves as interior designers, it can be easy to make a mistake.

People from around the world have been sharing some of their worst DIY mistakes online, with BoredPanda compiling the most shocking into a viral gallery.

One snap shows an unlucky man who tripped all the way down the stairs while holding a bucket of paint – leaving him, and the floor, covered in white paint.

And another reveals a rather amateur looking plug which had been installed into a wall.

Here, FEMAIL shares some of the worst fails… 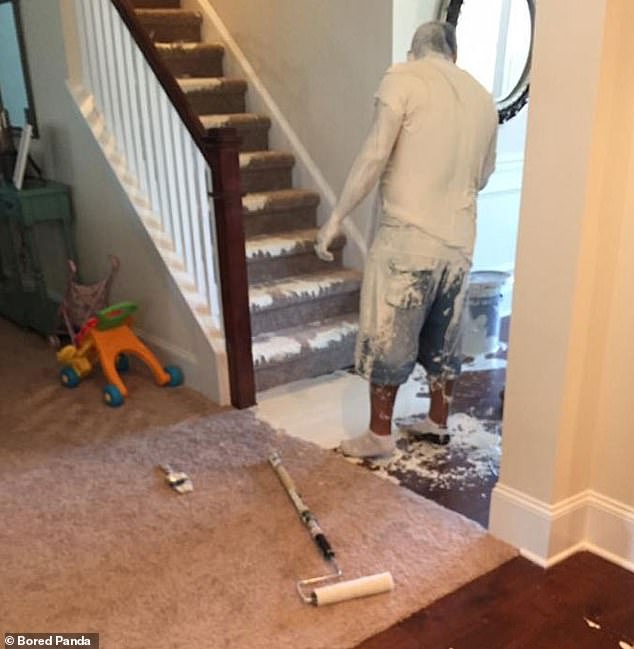 People from around the world have been sharing some of their worst DIY mistakes online, with BoredPanda compiling the most shocking into a viral gallery (pictured: one man fell down the stairs holding a bucket of paint, leaving his home covered) 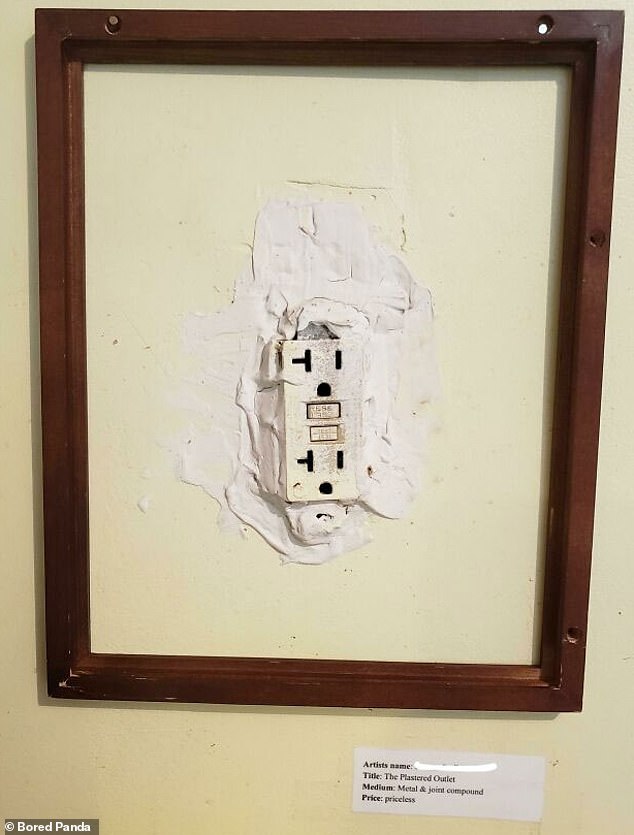 A work of art! This person, from the US, quipped that their father was not great at DIY so they put a frame around it to show off his dodgy renovation skills 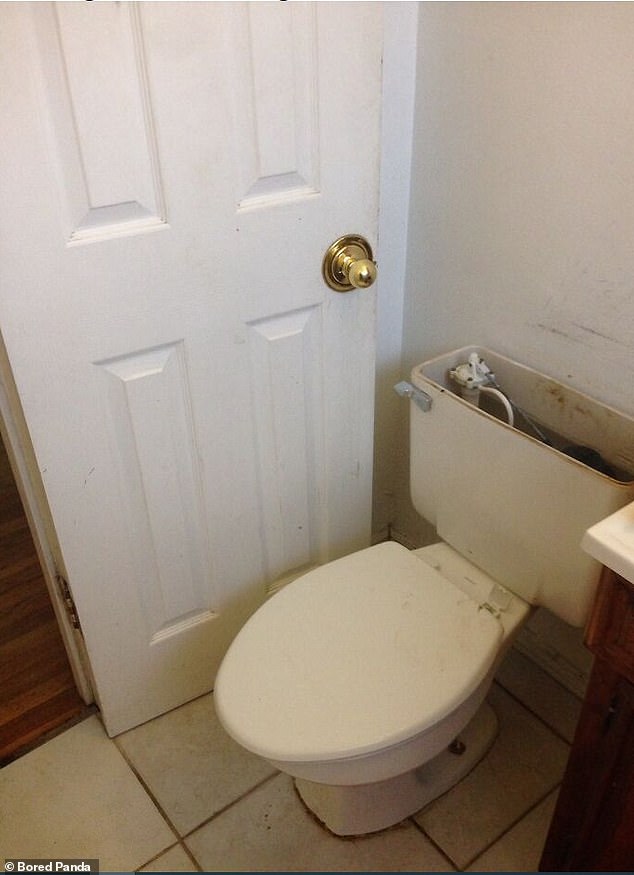 Not much privacy! Another person, from the US, confessed that they had accidentally fitted a toilet door the wrong way round 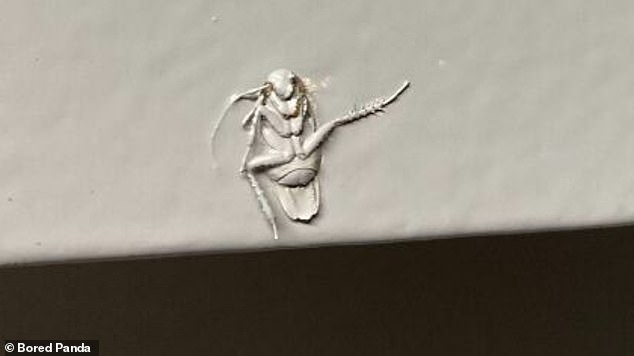 The can can! This photograph appears to show what happens when a landlord paints over a cockroach… and they are left frozen in time 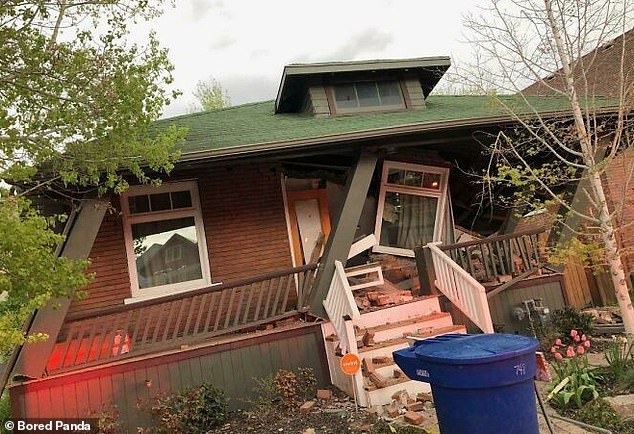 Heavy load! One brave DIY-er decided to remove a load-bearing wall themselves without consulting a professional… with disastrous consequences 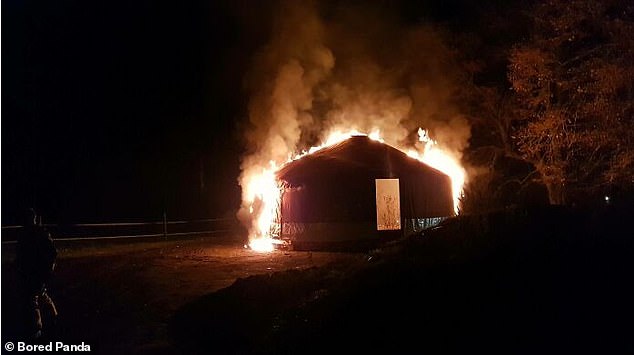 Up in flames! Another person revealed that their yurt had been caught ablaze after a fireplace was incorrectly installed 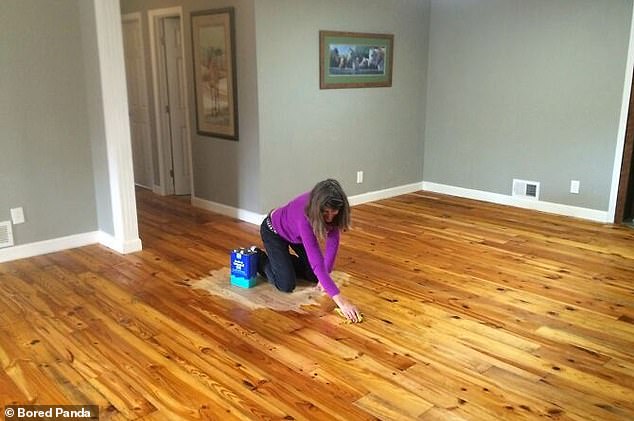 Painted herself into a corner! One woman, from the US, decided to work on the floor from the centre – however left herself with very little room to move without ruining her handiwork 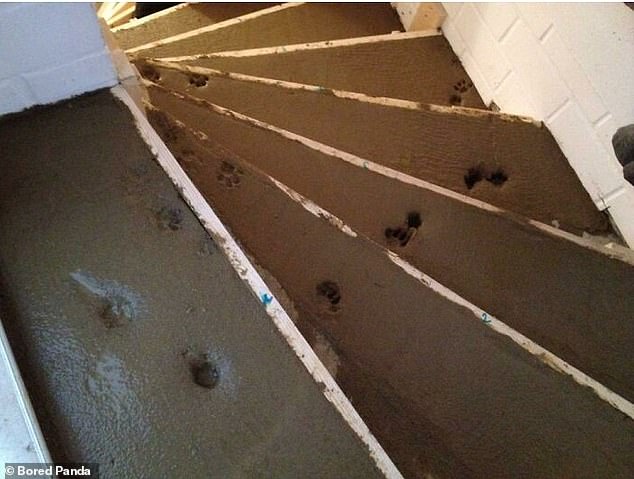 Claws for thought! This person shared a picture of his friend’s housing renovation, complete with claw imprints in the cement 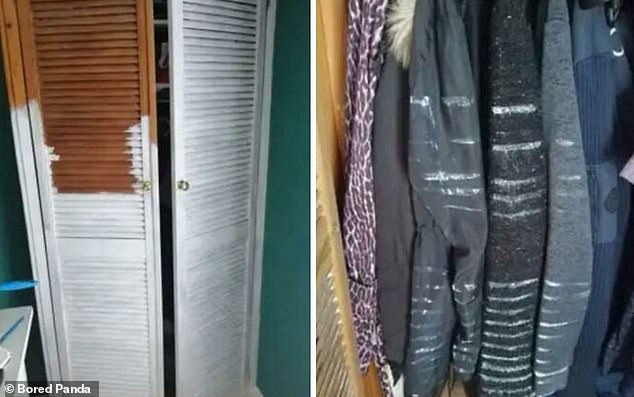 Whoops! Another person, who was hastily taking on the DIY project, decided to start painting their wardrobe while it still had clothes inside 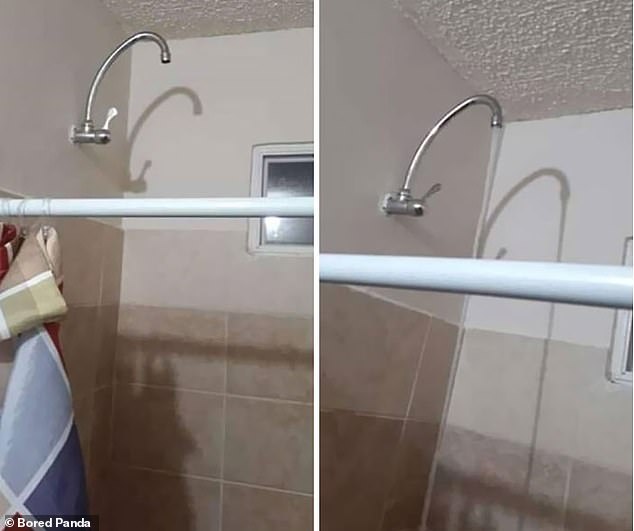 Not shower that’s right! Another person installed a very impractical looking tap into their bathroom 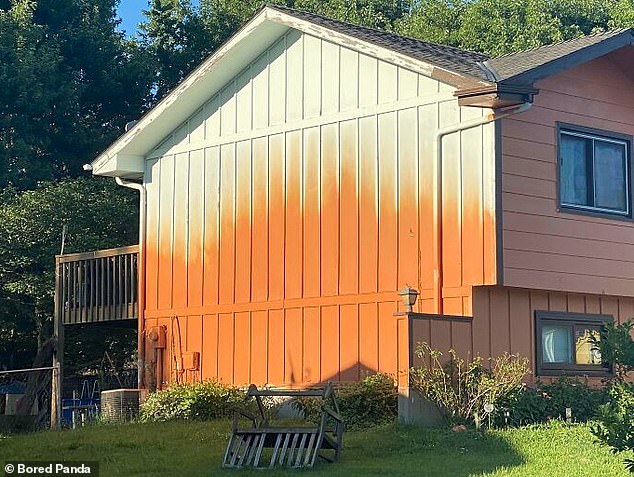 Sunset? This half-finished paint job shared by a neighbour occurred because the person decided to paint their house bright orange and then give up halfway through 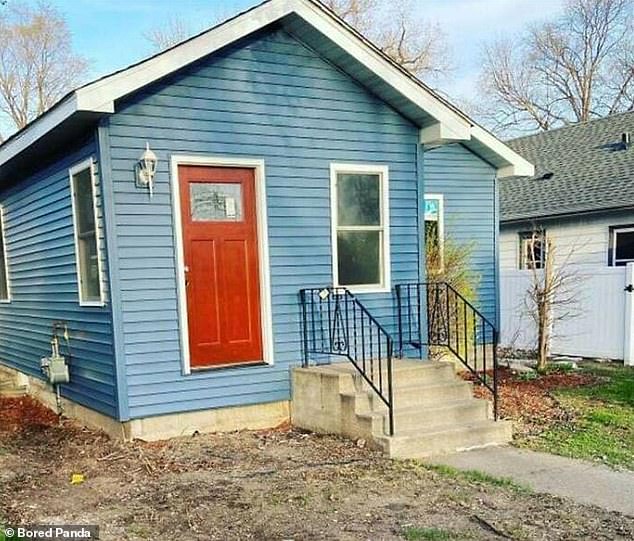 Where’s the door? This homeowner, in the US, appeared to install their staircase in the wrong place – making it impossible to enter their property 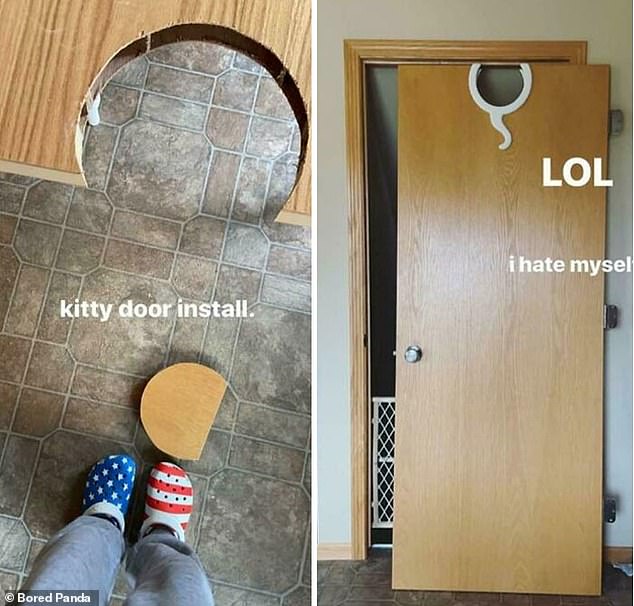 Spider cat, spider cat! This person accidentally put in a door for their feline upside down… but you never know, their pet might appreciate the challenge and jump up and through