The appeal comes as new research shows a decline in rare possum populations over the past 20 years. 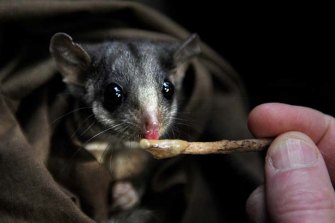 In May the community group Friends of Leadbeater’s Possum (FLBP) won its case against VicForests in court, arguing logging in 66 areas of habitat critical to the vulnerable greater glider and critically endangered Leadbeater’s possum broke federal law.

In August, the court granted injunctions to protect these areas of forest from logging and ordered VicForests pay the court costs of the community group.

VicForests has confirmed it will appeal the court’s findings that its operations were in breach of state and federal laws designed to protect threatened species, on 31 grounds.

“Having carefully considered the recent decision of the Honourable Justice Mortimer in the Friends of Leadbeater’s Possum matter, VicForests has made the decision to appeal,” a spokesperson said. 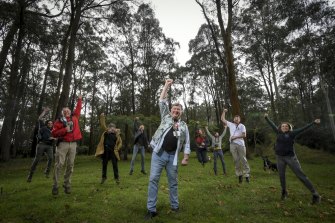 Steve Meacher ( centre ), the chair of Friends of the Leadbeater Possum and other members in Toolangi after their court win. Credit:Eddie Jim

It was only the second case in the 21-year history of Australia’s national environment protection law to challenge the special exemptions in regional forest agreements.

But VicForests told the court it was exempt from federal threatened species obligations set out in the act because of a separately negotiated regional forestry agreement.

The appeal comes as new research from the Australian National University finds that over 22 years of monitoring data there has been a 50 per cent decrease in Leadbeater’s possum populations and an 80 per cent decline in greater glider populations in the wet eucalypt forests of south-eastern Australia.

Using data gathered between 1997 and 2018, ecologist David Lindenmayer and co-authors also found evidence the number of hollow-bearing trees (a critical den site for possums) had declined substantially. The peer-reviewed paper will be published in the journal Animal Conservation this week.

Our weekly newsletter will deliver expert analysis of the race to the White House from our US correspondent Matthew Knott. Sign up for The Sydney Morning Herald‘s newsletter here, The Age‘s here, Brisbane Times‘ here and WAtoday‘s here.

Most Viewed in Environment